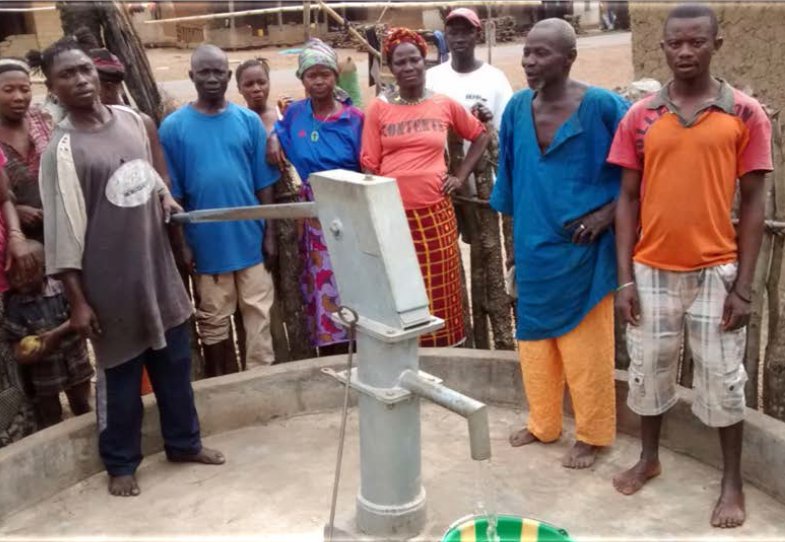 A round of golf is a relatively simple thing that is rarely tied to anything profoundly significant. Don’t tell that to the more than 22,000 African villagers who will be drinking fresh, clean water from wells made possible by Sent Church’s partnership with World Hope International. The catalyst for the celebrations in African villages is a simple golf tournament sponsored every spring by Sent Church (formerly Collin Creek Wesleyan Church in Plano, Tex.).

Golf has been part of the fabric of Sent Church since the early days when lay leader Gary Lipman would gather a group of golfers to raise money for the men’s fellowship retreat each year. Now the golf tournament that bears Gary’s name has grown into a missional force that changes the way people do life in villages located in some of the poorest regions of Zambia, Mozambique, and Sierra Leone. The 2015 installment of the Gary Lipman Invitational Tournament (GLI) took place at a rain-soaked Watters Creek Golf Course in Allen on April 25. Our weather prayers were answered as one of the few sunny Saturdays this spring in Texas greeted 122 golfers, 75% of whom were guests who don’t attend Sent. Those of us who knew Gary will tell you that he loves the outreach potential that a golf tournament possesses!

Every year tournament host committee chair Jeff Bulla challenges his team to make this event a little better than the previous year. Golfers hacking up the course are only part of the Lipman Invitational story. The tournament gets a special touch from over 25 volunteers, who left a lasting impression on the Watters Creek staff with their exceptionally friendly service. The financial engine behind the tournament is fueled by the support of 55 sponsors and donors.

This year’s winning team carded a tidy 53 (19 under par on the Lipman’s unique string-handicapped scramble format). but the scorecard that matters reads like this:

Over the past five years the Gary Lipman Invitational has raised $193,000, which when added to the $123,560 in matching funds provided by a World Hope anonymous donor, brings the total proceeds released by this golf tournament to $316,560. That translates to 36 wells in villages where approximately 22,000 people who have never swung a golf club will now be able to clean, safe drinking water. Can you hear the sound of a “Yea, God!” coming from somewhere?

When you talk to those who serve on the host committee, you won’t find anyone who wants to take credit for any of this. The success and growth of the GLI is truly a “God-thing!” Every year the generous people of Sent Church step up and give. Some families sponsor a hole, while other families sponsor an entire well. Gifts come in all sizes and in all kinds. A longtime friend of the Lipman family donates a couple longhorn steers which get auctioned off (unless someone wins a hole-in-one contest, which actually happened once). This year the giving kept coming long after the golf had stopped.

Here’s the best news of all: By the end of the year, 15 villages will be dancing for joy around a freshly drilled well. Some of us have been able to witness that firsthand. The Gary Lipman Invitational host committee would like to thank all of the great people of Sent Church who participated in this year’s tournament and invite others to join us in giving praise to God who has chosen to bless this great event–for a great cause.