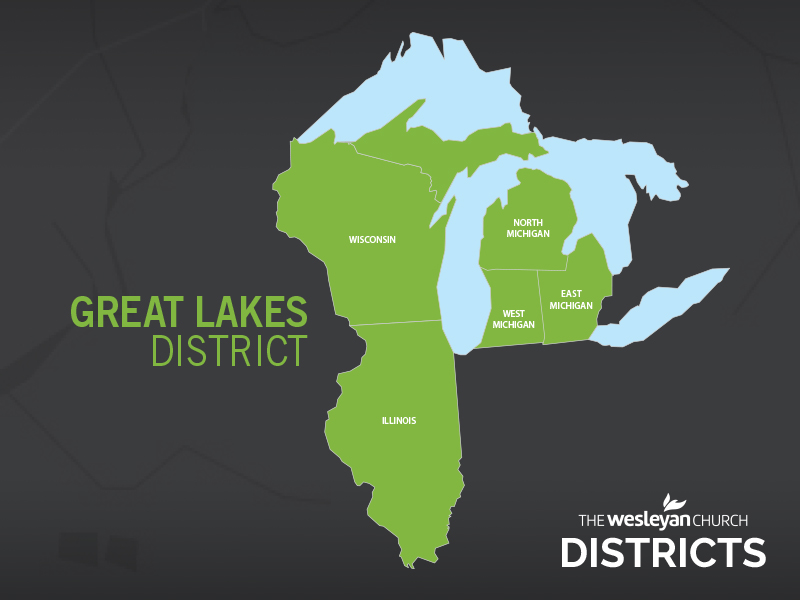 The merged district will include 181 churches with a combined worship attendance of 38,170.

The districts will submit a resolution to the General Board of the denomination, requesting its approval in May 2019. Upon a favorable vote by the General Board, a merging conference will be held on August 2, 2019.

The merged district, which will still be called the Great Lakes District, will include the states of Illinois, Michigan and Wisconsin. It will include 181 churches with a combined worship attendance of 38,170.