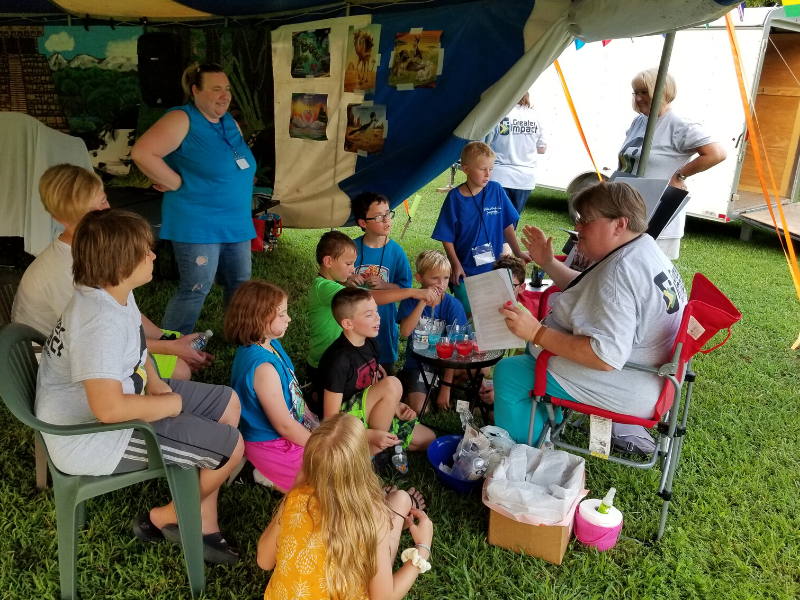 Two Wesleyan pastors in Maryland "are convinced that God brought our two congregations together for ‘such a time as this.'"

Nestled near the Choptank River in rural Caroline County, Maryland, are two Wesleyan churches that saw the benefit of coming together for greater impact for God’s kingdom.

Goldsboro Bethel Wesleyan, located in Goldsboro and led by Rev. Doug Morley for 22 years, was bursting at the seams and on the verge of a building program. Four miles south, Greensboro New Life Wesleyan, located in Greensboro and led by Pastor Kevin Wall for one year, was in the midst of revitalization. One church had numbers but lacked space, while the other had space and recognized the benefits of an instant infusion of people and leaders.

And so, under the direction of Chesapeake District leadership, the Bethel and New Life congregations merged to become Greater Impact Church (one church, two campuses) on July 21, 2019. The new church officially launched three weeks later on August 11 and uses the tag line, “Greater Impact: Better Together,” as they seek to serve as one church.

Since then, Greater Impact has celebrated an average attendance of 128 with a high attendance of 174 during its second week of worship. The two congregations, separately, had been averaging attendances of 75 and 45 respectively. More significantly, each week has seen new faces and families seeking to make Greater Impact their home and several people have indicated a desire to draw closer to Christ. At least seven individuals have made first-time commitments to Jesus.

“It was imperative that we worship as one congregation and so we came together at the Greensboro location,” said Morley. “But we are operating the Goldsboro facility as a ministry resource, which currently includes the food pantry and a meeting location for Boy Scouts and Girl Scouts.”

Seeking to “impact Caroline County and beyond with the love of Christ for eternal gain,” Greater Impact is intentionally outward focused. Immediately following the launch, the church hosted an off-campus Impact Adventure (vacation Bible school) at a local park. A few weeks later at the end of summer, the church hosted an on-campus party with free food, music and inflatables. A trunk or treat and a fall festival added to the church’s community connections.

With the local elementary school located across the highway, Greater Impact is making intentional connections with staff and students. In October, each teacher received a large canvass tote with school supplies and gift cards as an expression of the church’s appreciation for their labor of love.

Through Greater Impact, meals have been provided for the local homeless shelter, food has been distributed through a neighboring food pantry, rides have been given to residents of a sober living facility and approximately 300 shoeboxes for Operation Christmas Child have been packed.

Greater Impact was approached by members of another denomination seeking a location to operate a weekly food pantry. On November 4, Aaron’s Place II opened its doors at the Goldsboro campus. As of November 22, 68 families with 333 people have been served.

Aaron’s Place II is named in honor of Rev. Aaron Robert Moulden, Sr., an African American minister who grew up in the 1930s when food was scarce in many families, including his own. At age 10, Moulden and his brother started a painting business to earn money to feed their family. That partnership began a lifetime of Moulden distributing food to those in need. (The original Aaron’s Place is located in Denton, Maryland.)

Moulden’s story bridges denominational and ethnic differences. Through collaboration by clergy and lay members of various denominations and men and women of different ethnicities, Jesus is at work in Greensboro, Goldsboro and beyond. Truly this is what Jesus meant when he said, “… that they may be brought to complete unity” (John 17:23).

The weekend of November 16, Greater Impact hosted a community luncheon organized by Greensboro town officials. Racial tensions and unrest have been on the rise since an African American youth died in police custody more than a year ago. This tragedy, along with the steady increase of other ethnicities moving into the area, has encouraged town leaders to reach out to Christian leaders to assist in bringing hope and healing to a fractured community.

“Here at Greater Impact we are striving to focus everything we do on ‘Impacting Caroline County and beyond …’ and we know that we must be radically different in our approach to make that happen” said Pastor Wall.

“Pastor Kevin and I are convinced that God brought our two congregations together for ‘such a time as this,’” said Morley. “It is our constant prayer and greatest hope that God’s people, compelled by Christ’s love through the power of the Holy Spirit, would align themselves with the Father’s heart for a lost and dying world so that our congregation might have a ‘Greater Impact’ starting right here in Caroline County and beyond.”