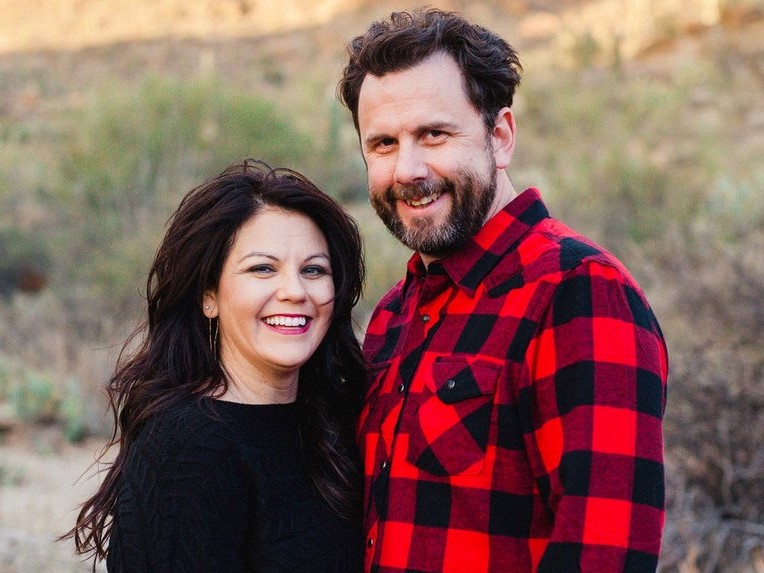 Pastor Erica Farmer and the power of empathetic ministry.

Shaped by the death of her teenage son, Pastor Erica Farmer’s story — and her leadership of Foothills Community Church (FCC), Tucson, Arizona — is making space for others to lean in during seasons of loss and turmoil.

Having grown up in Tucson, Erica’s earliest introductions to church came from her sister, the first in their family to become a Christian, and who shared with her the importance of belonging to a local congregation. Erica began attending FCC, and met the pastor’s son, Dan, who would eventually become her husband.

As years progressed, Erica sensed God calling her towards work alongside the global church, which led her to step into global missions — first as the volunteer leader of FCC’s missions’ committee, then on a church planting team in Sahuarita, Arizona, in 2007, at My Church and then as My Church’s spiritual formation pastor in 2009. Still feeling God was calling her to something more; she enrolled in classes that worked toward ministerial credentials and became ordained in 2012.

Months after her ordination, Dan and Pastor Erica’s son, Drew (then 14), had been complaining of regular headaches. Their doctor ordered an MRI, which revealed a lemon-sized glioblastoma on Drew’s brain stem. “Doctors prepared us for the surgery, talked about what they would do, and then after the surgery, came in and said, ‘Now comes the hard part,’” recalled Pastor Erica. “We couldn’t grasp that, because the surgery was scary in itself; we had no idea if he would know who we were when he woke up.”

Thankfully, Drew recognized his family and tests revealed that the surgery excised 95% of the tumor. His post-surgery treatment included an extended period of radiation and chemo. When Drew developed an allergy to the chemo medication, doctors indicated that the Farmers could have only weeks left with him. Those weeks turned into years. God was doing an amazing healing work in Drew and his doctors were amazed.

Drew’s faith continued strong. “God is healing me,” he said. And by junior year of high school, three years since it began, he was nearly symptom-free.

“Drew was called to be a pastor at youth camp before all of this started,” said Pastor Erica. “And his big question was, ‘How can I do that now?’ But God gave him this amazing testimony to share, and people needed to hear about that. So, he shared it with everyone and offered to pray with anyone he met.”

In the years following, Drew had a deeply rooted impact in his community. He was witnessing to teachers, mentoring other students and serving faithfully among his congregation. But in June 2015, he was diagnosed with another brain tumor. One day in August, he had a dream that God was going to heal him in three days. Three days later, Drew passed away.

The community’s outpouring of love for Drew was overwhelming; so many were touched by his life. Guided by a friend’s advice, Pastor Erica took a year off work to focus on grieving, processing and reaching some semblance of “normal” as she honored and remembered Drew’s life alongside her family. One of the most important things the family learned through this time is to be thankful for each day you have and live life to its fullest.

After a year of focused time off, Pastor Erica continued pursuing her Master of Divinity at Wesley Seminary in Marion, Indiana, which she finished in 2019 as she ministered at My Church. Later that year, FCC selected Pastor Erica as their next senior pastor.

Her approach to senior pastoring has been shaped by many influences — from education to mentors to global connections — but perhaps most deeply by her own experience of loss. So many metrics — conversions, baptisms, financial stability — can be used to quantify a church’s effectiveness. But for Pastor Erica, “missional success is also measured in the ability of the church body to be open and vulnerable. People tend to identify more with our struggles than they do with our strengths. We don’t have to have it all together. Greater vulnerability leads to more authentic relationships within the church body. We have to be sensitive to each other and what we are going through, and open enough to trust people with our hurt.”

“I’ve had a lot of conversations with women, in particular, trying to figure out God’s call on their life,” Pastor Erica reflected. “I think it’s so important to discover your spiritual gifts. As you honor God with those spiritual gifts and use them to build the church … God not only gives us more, but hones in our calling.

“If you’re serving in the children’s ministry and God says, ‘Oh, I’d love you to write some curriculum,’ maybe that develops in us something new. … It starts with volunteering and finding out how God can really use you; and I’d say don’t be afraid to serve, obedience to God’s call is so much more important than any fears or insecurities we may have. If God calls you to do it, he will give you what you need to serve him at the capacity he calls you.

As Pastor Erica continues to serve at FCC, she considers Drew’s impact a driving force in her way of working in the church for her community’s wholeness.

For more stories about how those in The Wesleyan Church are Unleashing a Kingdom Force, visit wesleyan.org/news.