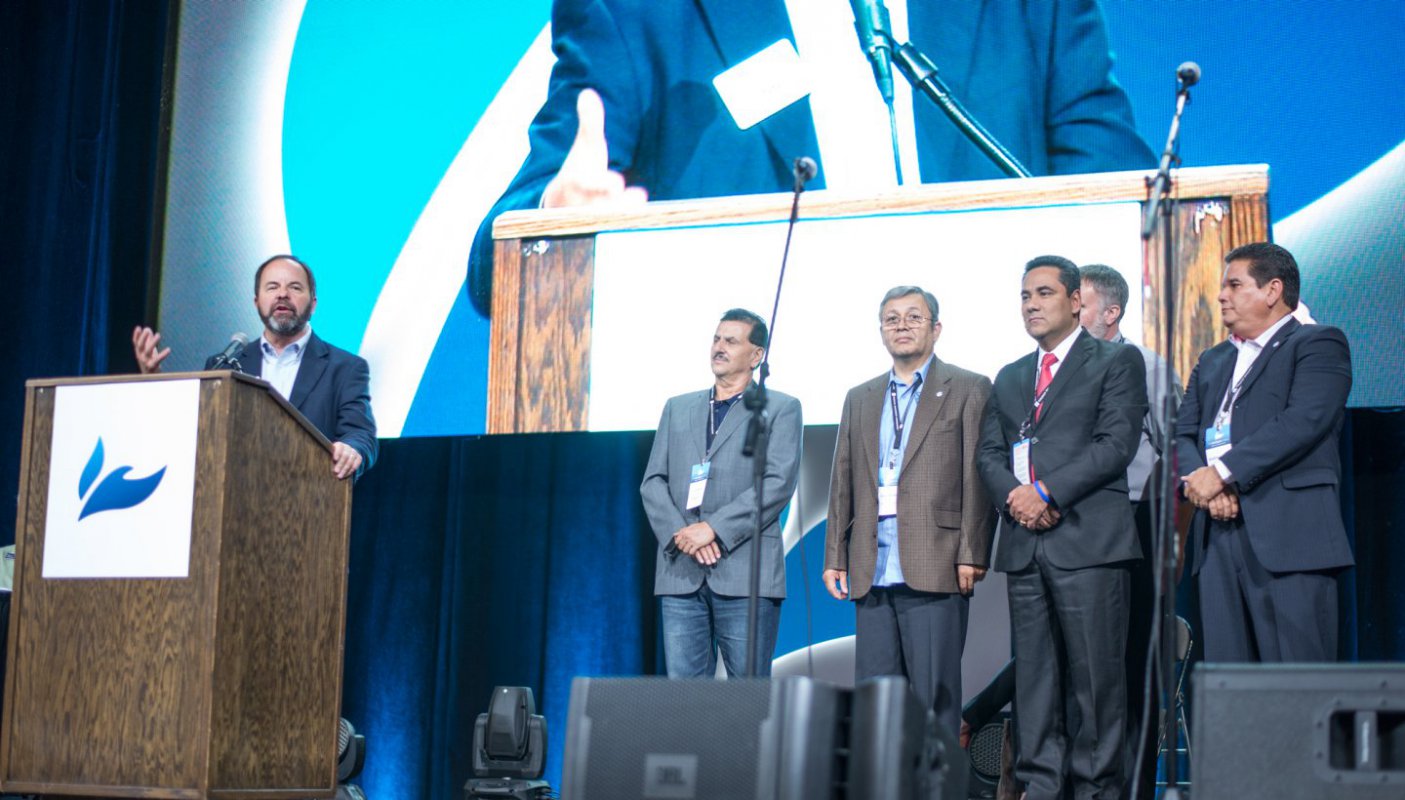 The 2016 General Conference approved the creation of the "Ibero-America Established Regional Conference of The Wesleyan Church," strengthening 19 countries in Latin America as a regional conference.

In action on Tuesday, June 7, the 2016 General Conference approved the creation of the “Ibero-America Established Regional Conference of The Wesleyan Church,” [Latin America] and also approved its proposed 20-page charter. When it came time for the vote, the conference responded with spontaneous loud applause.

General Superintendent Dr. Jo Anne Lyon rose to speak about the significant nature of the historic action, and some key Ibero-American leaders from the region were introduced by Dr. Dennis Jackson.

The new Ibero-America Established Regional Conference will consist of more than 300 churches, 170 preaching points, nearly 300 ordained and licensed ministers, 1,000 lay ministers, 30,000 members and attendees, 17 Bibles schools, and over 500 people being trained for ministry. Once united, this region is poised to become a greater force in reaching the world with the gospel of Jesus Christ.

The track record over the past two decades has indicated that the more international cooperation there has been in Latin America, the faster church multiplication has taken place. It is believed that uniting the Latin American national churches in a regional conference will greatly enhance the strengthening and sharing of vision and resources in the task of fulfilling the Great Commission.

In the last 20 years, Latinos have led the expansion from six to twenty countries partly through the mission movement known as JIBACAM. JIBACAM is a Spanish acronym that stands for the “Ibero-American and Caribbean Mission Board.” Yesterday’s mission fields are truly today’s missionary force.

The next step was for the whole area to come together as one. Even though for the most part Spanish is the common language, there are great differences historically, regionally, and especially culturally. Only God’s mission has the capability of uniting everyone.

In January, 2015, representatives of the 19 countries came together and signed a formal agreement petitioning for uniting. With the approval given today at the North American General Conference, final approval will be possible at the next International Wesleyan Conference in 2019.