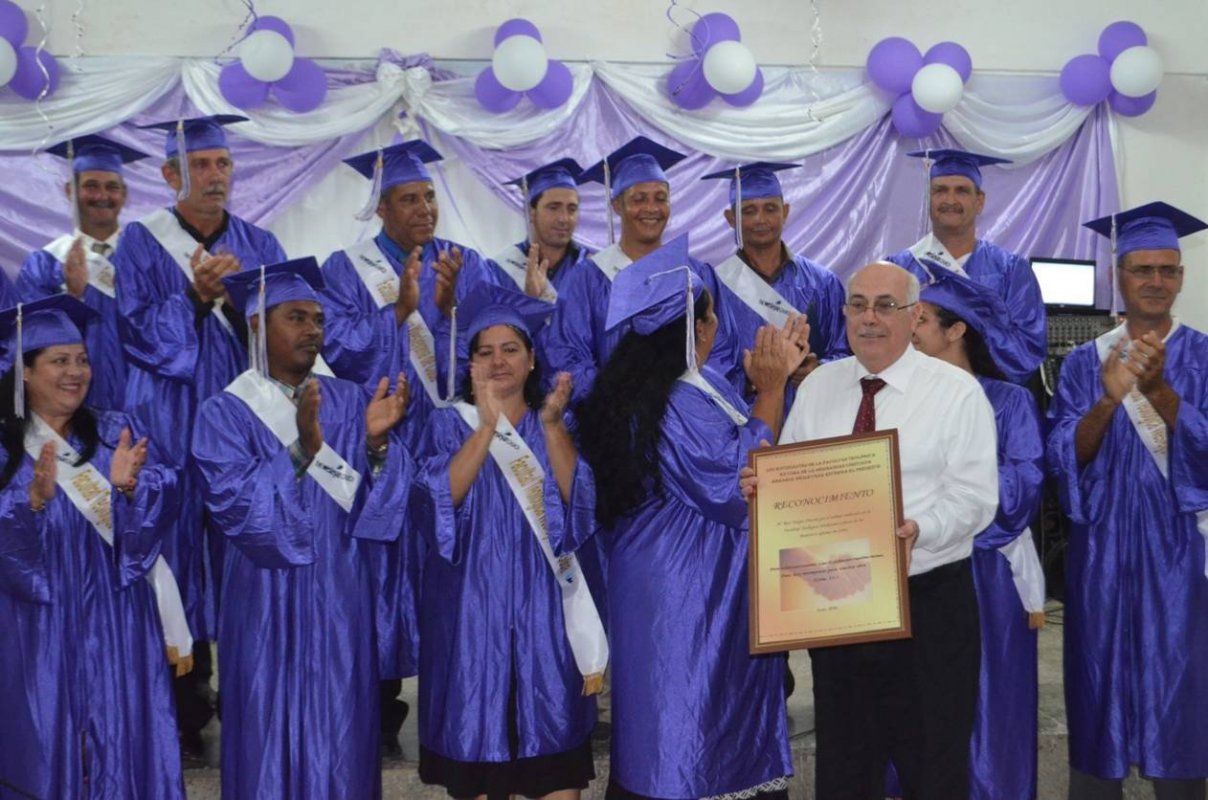 Four years ago this month the Facultad Teológica Wesleyana-Cuba (FTW-Cuba) was established to train pastors. The FTW-Cuba was founded by Rev. Edgar Chacón,

Four years ago this month the Facultad Teológica Wesleyana-Cuba (FTW-Cuba) was established to train pastors. The FTW-Cuba was founded by Rev. Edgar Chacón, District Superintendent of the Hispanic District of The Wesleyan Church of North America.

On Thursday, June 5, following four years of determined, dedicated studies, 18 pastors and leaders graduated. The pastors and leaders presented Rev. Chacón with a large plaque in honor and appreciation for his investment in training them. Dr. Wayne Schmidt, vice president of Wesley Seminary, was present to provide the graduation address based on 2 Timothy 2:15.

Some of the graduates have already been active in ministry for several years. An ordination service is planned for December. It is expected that this graduating class of 18 will be replaced by over 40 new incoming students when FTW-Cuba resumes this fall.

Ministry of the Wesleyan Church in Cuba officially began in January 2010. Rev. Luis Azofeifa of Costa Rica and president of JIBACAM (a Wesleyan missionary organization for Central and South America), along with Rev. Yuri Benites, a Cuban Wesleyan pastor currently in the Florida District, helped initiate the connections for ministry in Cuba in 2009.

Since 2010, considerable growth and church multiplication has taken place among Wesleyan churches in Cuba. Rev. Nehemías Cárdenas serves today as the National Superintendent. Pray for the church in Cuba, that there will be renewal and revival throughout the land.