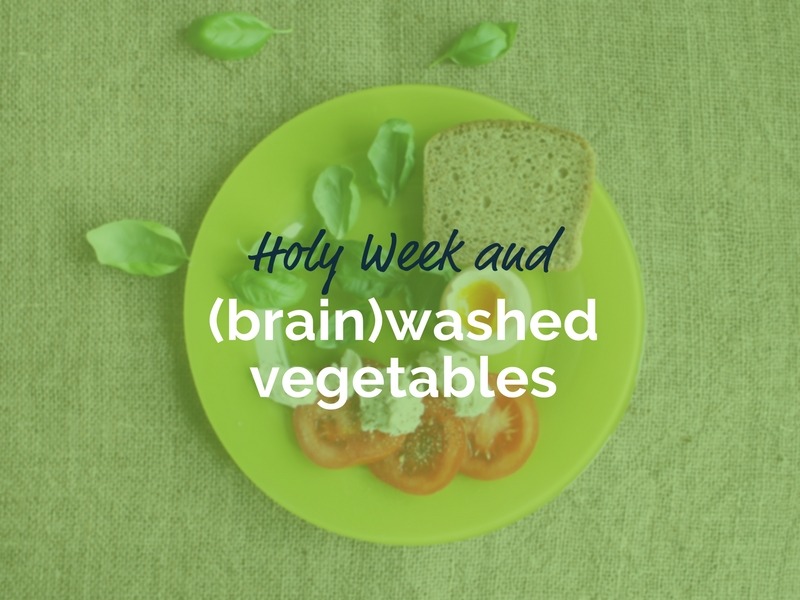 The very reason that Christians act out the rituals of Lent and Holy Week is that such visual and embodied rhythms draw us into the drama of Christ’s work in ways that mere information doesn’t.

That was the item my two-year-old son picked up the other night at dinner and began to wave about with frantic glee: “Hosanna!” he shouted repeatedly. Like any self-respecting parent, I caught the act of random holiness on video and posted it to social media. His grandmothers rejoiced.

Later, however, one of my more agnostic friends commented (half-jokingly and with a smile) that the video proved something else: “McNall is brainwashing his kids with Jesus!” he quipped: “Even vegetables now point to Christ!”

The comment was meant in good humor, but I couldn’t help agreeing with it—at least in one sense. As a professor, I’ve come to see that all true education (read: discipleship) involves, if not “brainwashing,” then at least the transformation of one’s imagination. And make no mistake, your imagination will be formed by something.

In fact, it was not I but the teachers at our local children’s church who had apparently done their jobs quite well. After all, even the most loathsome of uncooked greens now transported a two-year-old to the story of Holy Week.

Why was this? I suspect one reason has to do with the power of a well-told story and the formative influence of embodied actions. (After all, what kid doesn’t love the encouragement to swing potentially eye-gouging tree branches with reckless abandon?!)

Perhaps there is a lesson here for grownups too. The very reason that Christians act out the rituals of Lent and Holy Week is that such visual and embodied rhythms draw us into the drama of Christ’s work in ways that mere information doesn’t.

There is something visceral about the X-shaped ash smeared on the forehead, the palm branches waving, the purple cloth upon the cross. There is something haunting in the naked altar, stripped bare like Christ on Maunday Thursday, the foot washing just before betrayal and the taste of crimson bread upon the tongue. There is even something jarring in the paradox that Friday is called “Good” amid the carnage of our passion plays and stations of the cross.

In such ways, the rituals and rhythms of Holy Week are meant to “brainwash” us—not in the sense of shutting down our own imagination—but in sanctifying it, so that even spinach might become like a “bitter herb” in the Lord’s Passover.