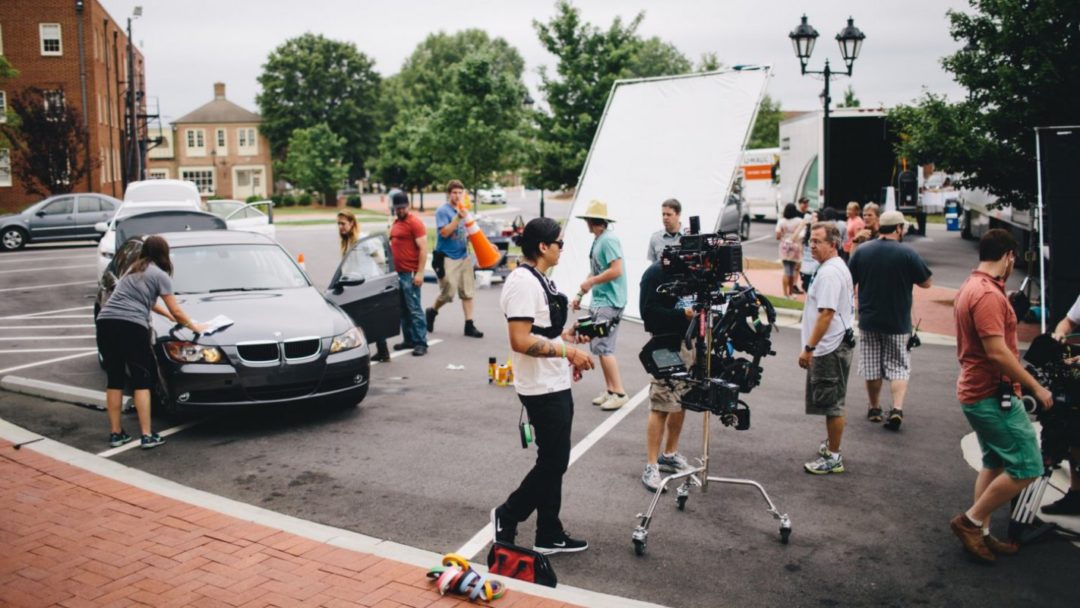 Houghton alumni were involved in the production of recently released movie, "War Room." Read what one alum has to say about the film, which became a box office sensation quickly.

The names of four Houghton College alumni can be found in the credits of newly released and critically acclaimed Christian film War Room.

Amy and Scott’s daughter, Emily Mahle, also worked on the film as an art department assistant.

“Filming is hard work and long days,” said Jim. “My team did the advance planning, daily logistics, and post cleanup and restoration of the 35 locations we visited. We prayed the film would be used in a mighty way and are not surprised that it has been a blessing to all that have seen it.”

War Room was released on August 28, 2015, and had incredible success as it rose to the top over Labor Day weekend. According to box office figures, War Room ranked number one over the Labor Day box office weekend with a four-day total of $12.6 million, beating out mainstream movies such as Straight Outta Compton and Mission Impossible: Rogue Nation.

The low-budget film debuted at $11.4 million, nearly four times the cost of creating it. By September 8th, War Room, which cost $3.5 million to produce, had earned $28.7 million. As of October 11, the low-budget film has grossed over $63 million in box office sales.

While the weekend’s earnings were small compared to those of other summer films, once War Room hit the screen and ranked first, it faced little competition from other major releases.

This film focuses on the power of prayer through the eyes of a family that needs it.

War Room is about a family that seems to have it all. When the husband flirts with temptation, his wife becomes bitter and crumbles under the strain of their failing marriage. Their lives take an unexpected turn for the better when the wife meets a client who encourages the couple to find happiness through prayer.

“The prayer strategies you learn about in War Room are, indeed, similar to the strategies the Kendrick Brothers follow in their everyday life,” said Jim. “When searching for talent, locations, or other resources, the cast and crew always started the search in prayer and experienced remarkable answers to prayer throughout the project. To know you had a part of the project that is bringing people to salvation, changing lives, reuniting families, seeing communities pray together is such a rewarding and inspiring experience.”