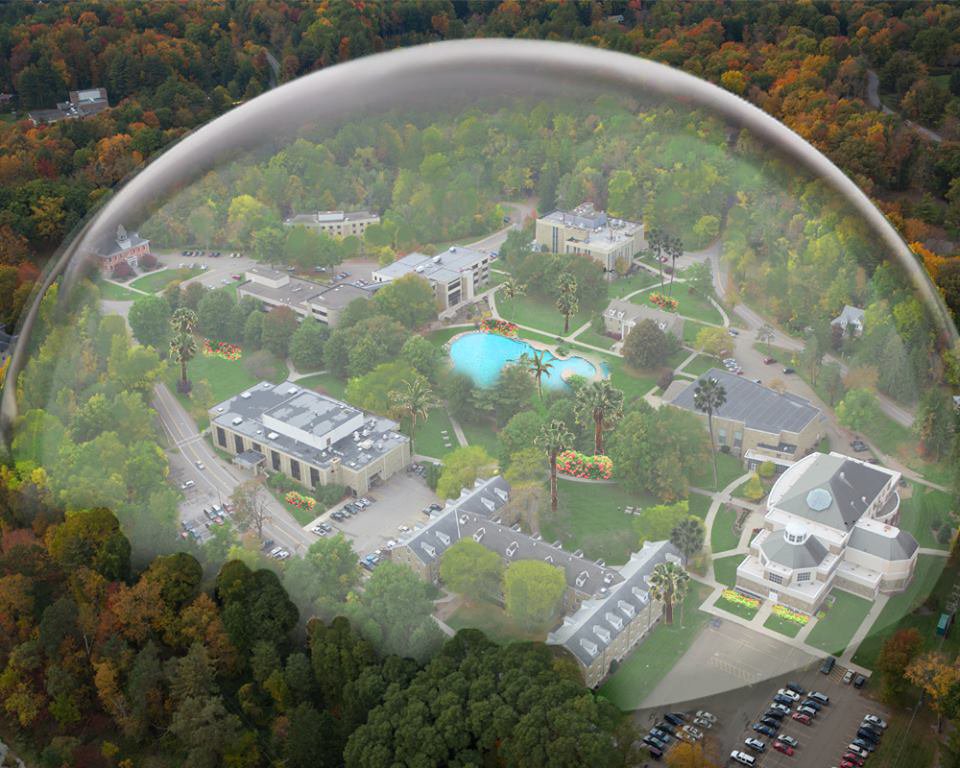 ​Houghton College's April Fools announcement of plans to build a bio-dome over the campus created quite a media buzz. Buffalo.com and Blog.Case.org ranked the story as one of the best jokes in 2015.

Houghton College’s April Fools announcement that $84 million was raised to build a bio-dome over the campus created quite a media buzz. Buffalo.com and Blog.Case.org ranked the story as one of the best April Fools jokes of 2015. The national higher education website Inside Higher Education also gave a nod to the bio-dome story.

On April 1, the college followed up the original news story with two additional stories on their website. One story indicated that Dole would be relocating their pineapple farms to Houghton as a result of the bio-dome, and another told of squirrels attacking students because of the agreement with Dole.

In addition to the traditional media coverage, Houghton’s online presence was significant as the three stories garnered Facebook engagement from over 100 thousand people with over 2,000 likes, comments, or shares to date. The Houghton College website also received 9,000 more views than a typical Wednesday.

One Twitter user and prospective Houghton student tweeted, “I have to say, while trying to choose a college, @HoughtonCollege gains major points for their amazing jokes today.”