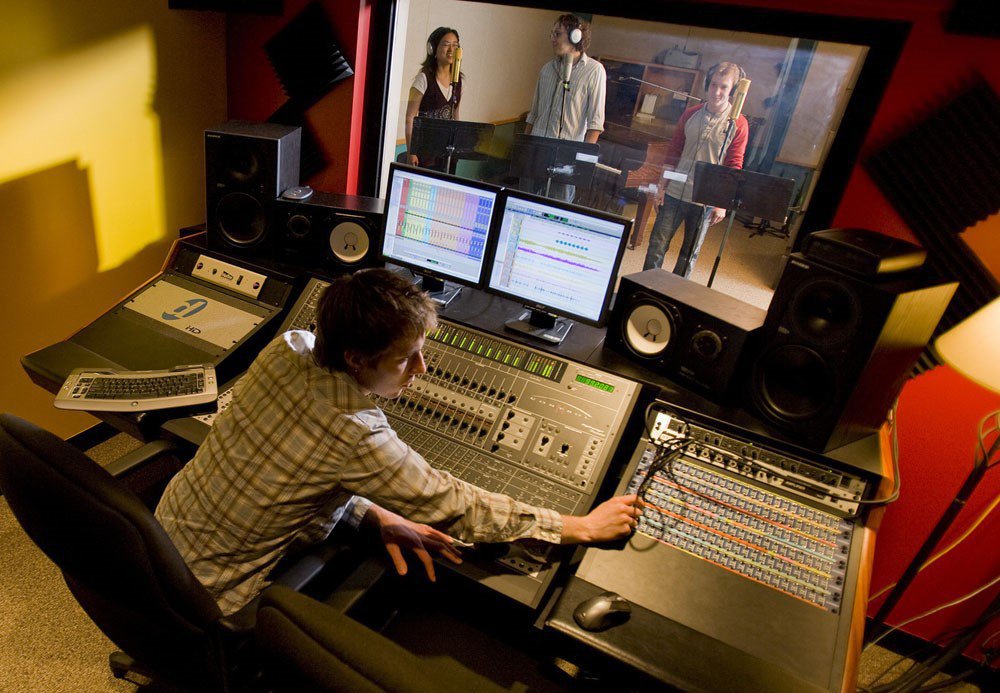 Houghton College’s Greatbatch School of Music (GSoM) is pleased to announce the approval of its new Bachelor of Science degree in music industry, which was previously approved by New York State and given the go ahead by the National Association for Schools of Music this past December.

“It is one of the most pivotal developments of the past many years here at the Greatbatch School of Music,” commented Armenio Suzano, dean and director of the GSoM. “The Bachelor of Science in music industry brings Houghton College to the edge of what is being offered nationwide in terms of technical arts, commercial music, sound production, lighting, and recording.”

In order to prepare students for a world of contemporary worship, mainstream music, and entertainment media, the GSoM has expanded their music industry minor into a program that focuses on the art, technique, and business of music recording and mixing while still maintaining a classical foundation in musicianship and theory.

“The philosophy of the major is to prepare our students for the real world and the ever-evolving music industry by providing them with all of the tools and skill sets to be able to enter multiple career segments within the music industry or entertainment field,” says Kevin Jackson, director of technical arts.

“We teach students the art of recording, how to walk in front of the cello, and find where the richest tones are coming out,” says Jackson. “We also teach students how to balance the mix once they capture it the correct way within the recording. We instruct students that sometimes you have to make something sound bad to make it sound good within the big picture of a mix. That’s the art of mixing.”

The music industry major will feature a heavy dose of practical experience. Students run sound for chapel services, record student and faculty recitals, and assist with the annual Christmas Prism concert. Students even play a part in producing visiting artists such as TobyMac, who gave a concert at Houghton this past fall for which students spent two days building the stage and trusses from trailers packed with touring equipment.

“Under the leadership of Professor Kevin Jackson and with the support of the Houghton College administration, the newly approved music industry major will train and empower the next generation of music producers, sound and recording engineers, and music managers that will impact this world with the gospel of Jesus Christ and for the kingdom of God.”