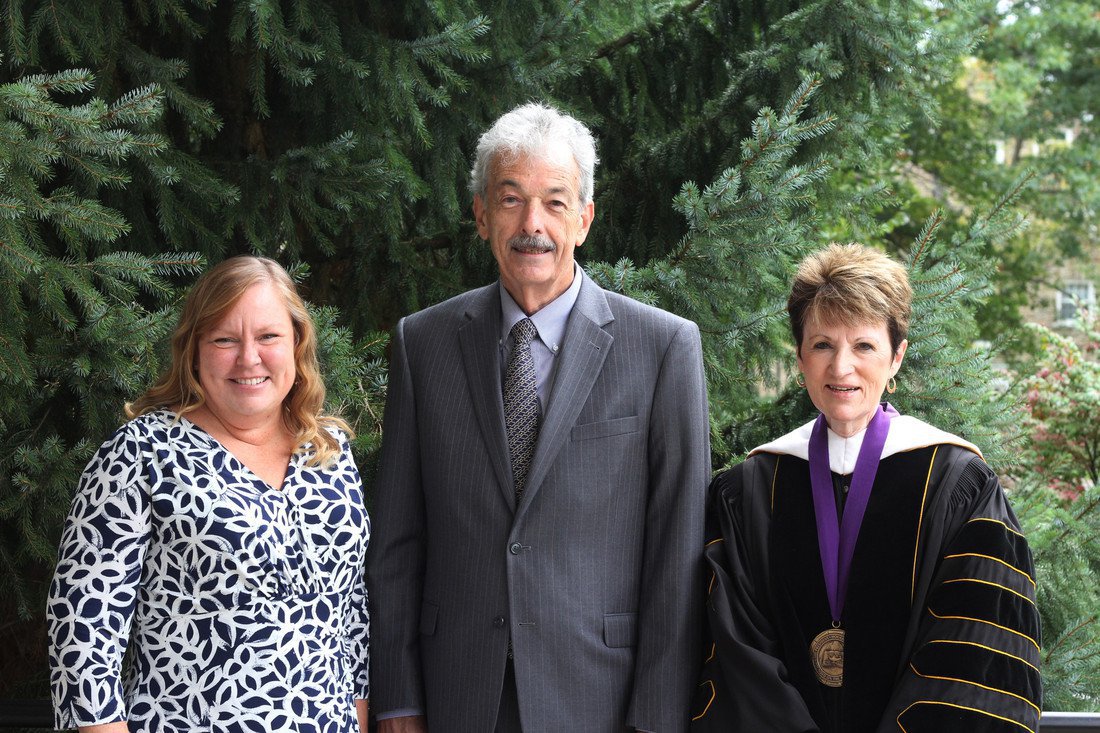 Robb Moses '62 has been named Houghton College Alumnus of the Year. Moses is board certified in clinical genetics and a Founding Fellow of the American College of Medical Genetics.

“The Alumni of the Year awardees represent the fulfillment of Houghton’s mission to equip our students to lead and labor as scholar-servants in a changing world,” said Dan Noyes, director of alumni relations.

Since 1965, Houghton College has honored alumni who exhibit outstanding accomplishment in their respective fields, dedication to their communities, and a commitment to their Christian faith.

During his time at Houghton, Moses majored in both chemistry and zoology with a minor in history. He was a member of the basketball team and editor of the Boulder and served as the class president.

A member of Moses’ class stated, “We had some smart people in the Class of ’62, but Robb was right at the top. He represented then and still does today what I would call the brightest and best that Houghton College ever produced.”

Upon graduation in 1962, Moses attended medical school at The John Hopkins University. He graduated in 1966 and began his residency in internal medicine at Hopkins on the Osler Service.

From 1967 to 1969, Moses served his country as a commissioned officer in the Public Health Service. In 1969, he was named a National Institutes of Health Special Fellow at Harvard Medical School.

Continuing his career in science, in 1971, Moses accepted a position as assistant professor of biochemistry at the Baylor College of Medicine in Houston with a joint appointment in the Division of Medical Genetics in Internal Medicine.

Later, Moses was appointed as professor of Cell Biology and professor in the Institute for Medical Genetics.

Moses currently works at Baylor College of Medicine as professor of molecular and cellular biology, associate director for the Alkek Center for Molecular Discovery and associate member of the Dan L. Duncan Cancer Center.

This year, Baylor honored him with the Fulbright & Jaworski Faculty Excellence Award in recognition of his teaching in both the medical and graduate programs.

Moses also serves in an editorial function for 27 scholarly journals, is a consultant on 24 national review panels, and has published 111 peer-reviewed scientific papers.

He is board certified in clinical genetics and a Founding Fellow of the American College of Medical Genetics. Moses is also a certified instrument flight instructor and enjoys woodworking, hunting, and fishing.

Moses lives in Houston, Texas, with his wife Audrey Johnson ’62. They have two children and two grandchildren.

Houghton proudly honors Robb Moses as the 2015 Alumnus of the Year.