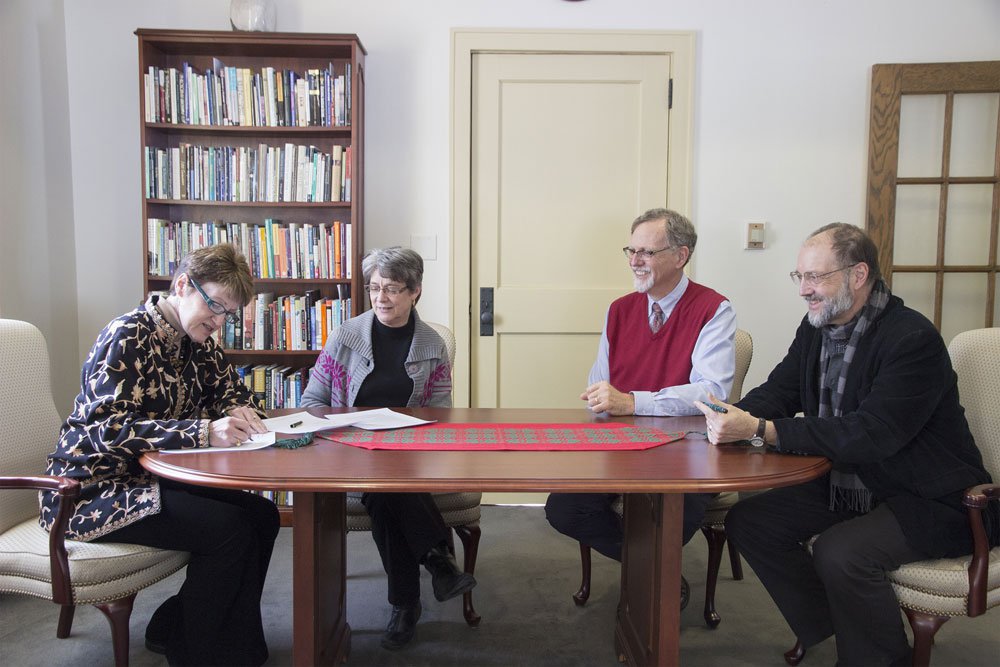 ​Houghton College is partnering with the Lilias Trotter Center to offer Islamic Studies courses at the college. The studies will aid in better understanding Muslims and their faith.

Houghton College has signed a partnership agreement with the Lilias Trotter Center (LTC) to offer Islamic Studies courses at the college. The agreement was signed on February 16, and the signees included Houghton College president Shirley Mullen, dean of the college Linda Mills-Woolsey, and Islamic Studies professors Benjamin Hegeman and Don Little.

The LTC, based out of Orlando, Florida, is in collaboration with the organizations Pioneers and Serving In Mission. The LTC enables thoughtful Christian engagement with Muslims by providing education as well as mentoring relationships for men and women currently serving in or preparing to serve in Muslim contexts.

The Centers partnership with Houghton will allow the College to continue the study of Islam by offering courses to better understand Muslim people and the Muslim world. The partnership between the LTC and Houghton College currently has an 18-month term with hopes that it will prove fruitful and continue into the future.

Courses will be offered both residentially and online simultaneously, which will allow students from all over the world to learn about Islamic theology and culture in a Christian context. The new partnership also brings a full-time LTC faculty member, Dr. Gail Schlosser, to join the Islamic Studies program at Houghton.

Bethany Rudolph, a sophomore at Houghton who is taking the course, commented, “I am taking it to gain a deeper understanding of Islam, to be able to have conversations with Muslims, and to understand what the religion is about.”

Rudolph mentioned that it is easy for people to only listen to and believe what mass media is telling us about a certain group, such as Muslims. “It’s created a very skewed image of Muslims,” said Rudolph. “The courses that Dr. Little and Dr. Hegeman teach have helped me untangle those ideas and shape a better understanding of what Muslims really believe.”

Because of budget restrictions at Houghton College in December of 2013, it looked as though Islamic Studies would be no longer offered as a course option. “We needed to know the future of the program,” commented Little. “President Mullen invited me to speak out on why we needed Islamic Studies courses.”

Throughout the spring semester of 2014, the LTC and Houghton were communicating about the possibility of a partnership. In May of 2014, an agreement was set between the two organizations, which has now developed into an official partnership.

Hegeman commented that he was “impressed with President Mullen and her invitation to continue the Islamic Studies programs.” He explains that it is important for anyone in the global community to learn about Islamic culture and theology.

Within five years, Little hopes that Houghton will be a “main base” for teaching LTC courses. “We can bring on other LTC staff members and work together to serve the local community and the Muslim community,” said Little. To find out more about the LTC, please visit www.liliastrottercenter.org.