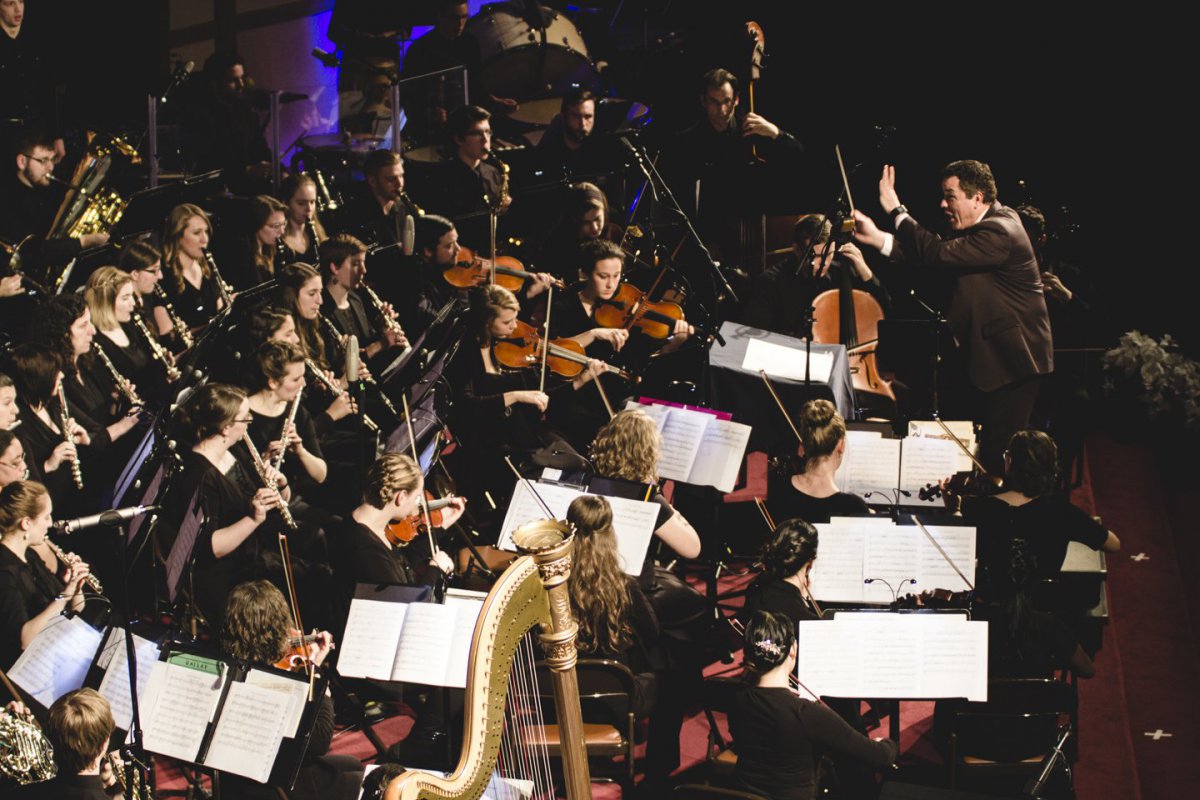 ​Houghton School of Music ranked no. 2

Houghton College has been named the second best Christian college music program in the nation.

CUO’s ranking, which was published for the 2016-2017 academic year, was created using six criteria: the number of undergraduate and graduate degrees, faculty-to-student ratio, percent of full-time first-year undergraduates receiving grants or scholarship aid, selectivity, and retention and graduation rates. Houghton College excels in these measures, boasting a one-to-eleven faculty-to-student ratio, 87% first-year student retention rate, and a 76% graduation rate, according to U.S. News and World Report’s 2016 edition of Best Colleges & Universities.

Dr. Armenio Suzano, the dean and director of the Greatbatch School of Music at Houghton College commented, “I’m thrilled that Houghton College has been awarded this distinction. Houghton has a longstanding history of musical excellence, and we are excited about the ways in which Houghton’s music program continues to expand and grow to meet current industry demands.”

The most recent expansion of Houghton’s music program is the Bachelor of Science in Music Industry, which provides students with the most current business and industry practices in music recording and production techniques. In total, Houghton offers ten music degree programs—five undergraduate and five graduate—for students to choose from.

In addition to the numerous options available to music students, CUO was impressed with the opportunity for Houghton’s music students to “tour internationally with Houghton College’s ensembles, interact with guest artists, and participate in internships and residencies.” CUO’s full rankings can be found at www.christianuniversitiesonline.org.