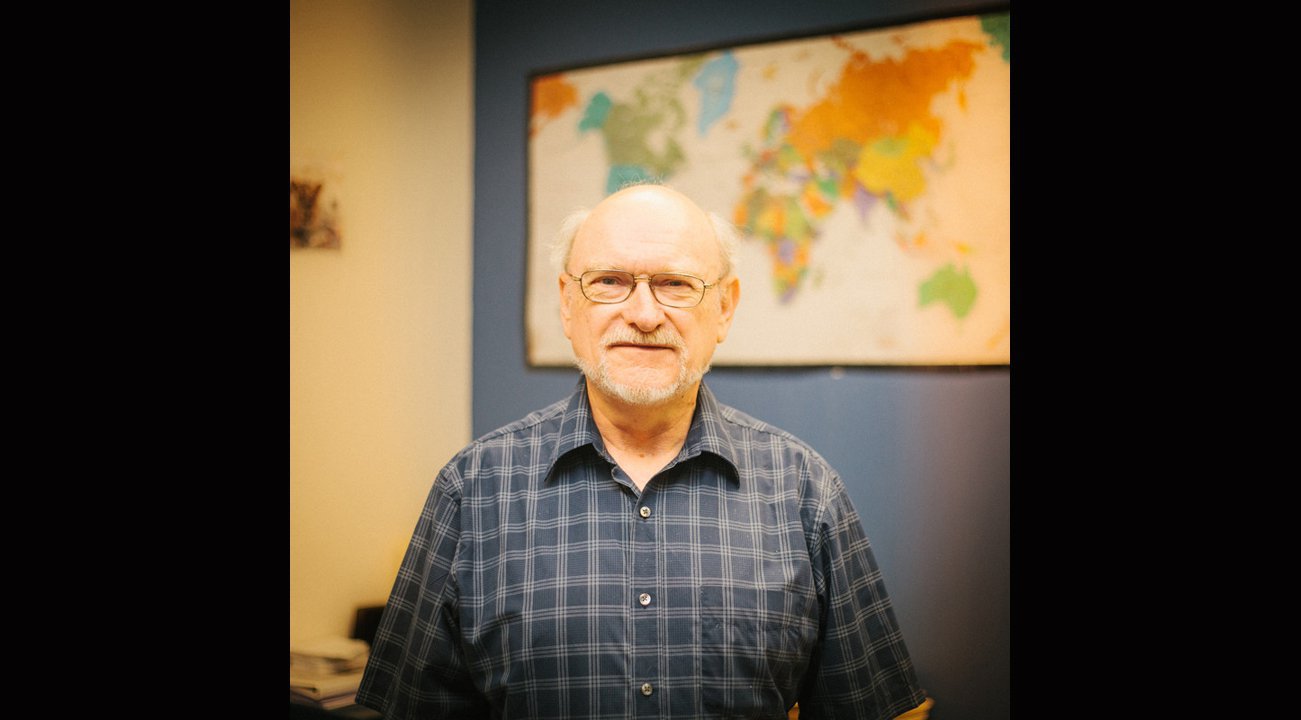 Dr. Ron Oakerson continues to build on the partnership between Houghton and Sierra Leone, which was established originally by Wesleyan missionaries connected to the college.

Houghton College recently awarded one of its most prestigious honors, the Excellence in Teaching Award, to Dr. Ron Oakerson, professor of political science at the college.

Oakerson joined the Houghton community in 1992 and has played a pivotal role in the political science and international development majors. For 25 years he has provided students with top-notch classes and experiences, both here on campus and in locations such as Buffalo, Adirondack Park, and Sierra Leone, West Africa. He also served as the vice president for academic affairs and dean of the college from July 1999-December 2006. Oakerson has held the Robert I. Davidson Distinguished Professor in Social Science accolade at the college since 2014, and has an excellent track record of scholarly publications, presentations, and research.

“Professor Oakerson has played a transformational role in experiential education at Houghton in both local and global contexts,” remarked Houghton College President Shirley A. Mullen. “He has inspired an entire generation of Houghton students to become agents of global transformation.”

Oakerson has continued to build on the partnership between Houghton and the country of Sierra Leone that was established by Wesleyan missionaries connected to the college. He has led five separate trips to the country for cross-cultural field experiences in the evaluation, creation, and implementation of village-based economic programs. The most notable program to stem from these outreaches was the Mango Out-Growers Project, a joint outreach of Houghton College and World Hope International that was conceived and implemented by Oakerson and students at the time, including Wesley Dean ’10, Paul Christensen ’06, and Steven Grudda ’10, the 2016 Young Alumnus of the Year. Oakerson’s work in Sierra Leone earned him official Citations of Merit from World Hope International and Houghton College.

“To me, Dr. Oakerson epitomizes the Houghton education,” praises Grudda. “His excellent instruction shaped my career, and his gracious mentorship molded my character.”

Prior to Houghton, Oakerson was a senior scientist at the Workshop in Political Theory and Policy Analysis at Indiana University, co-directed at the time by Elinor Ostrom, who later won the Nobel Prize in Economics. He also served as senior analyst for Metropolitan Research and assistant director of research at the U.S. Advisory Commission on Intergovernmental Relations. His work in metropolitan governance led to the publication of his book Governing Local Public Economies: Creating the Civic Metropolis in 1999.

In addition to consulting for the U.S. Agency for International Development (USAID), he has served on three national commissions: The Panel on Common Property Resource Management of the National Academy of the Sciences; the National Rural Studies Committee; and the Task Force on Civic Education of the American Political Science Association.

Oakerson holds a Bachelor of Arts from Taylor University, and both a Master of Arts and doctorate from Indiana University.

The Excellence in Teaching Award honors a faculty member who meets a variety of criteria set by the Faculty Development Committee, including: stellar classroom/lab/studio instruction and thorough knowledge of the subject matter; active encouragement of students to think creatively and critically through mentoring, service learning and other collaborative activities; and the development and improvement of teaching in learning in self and others.