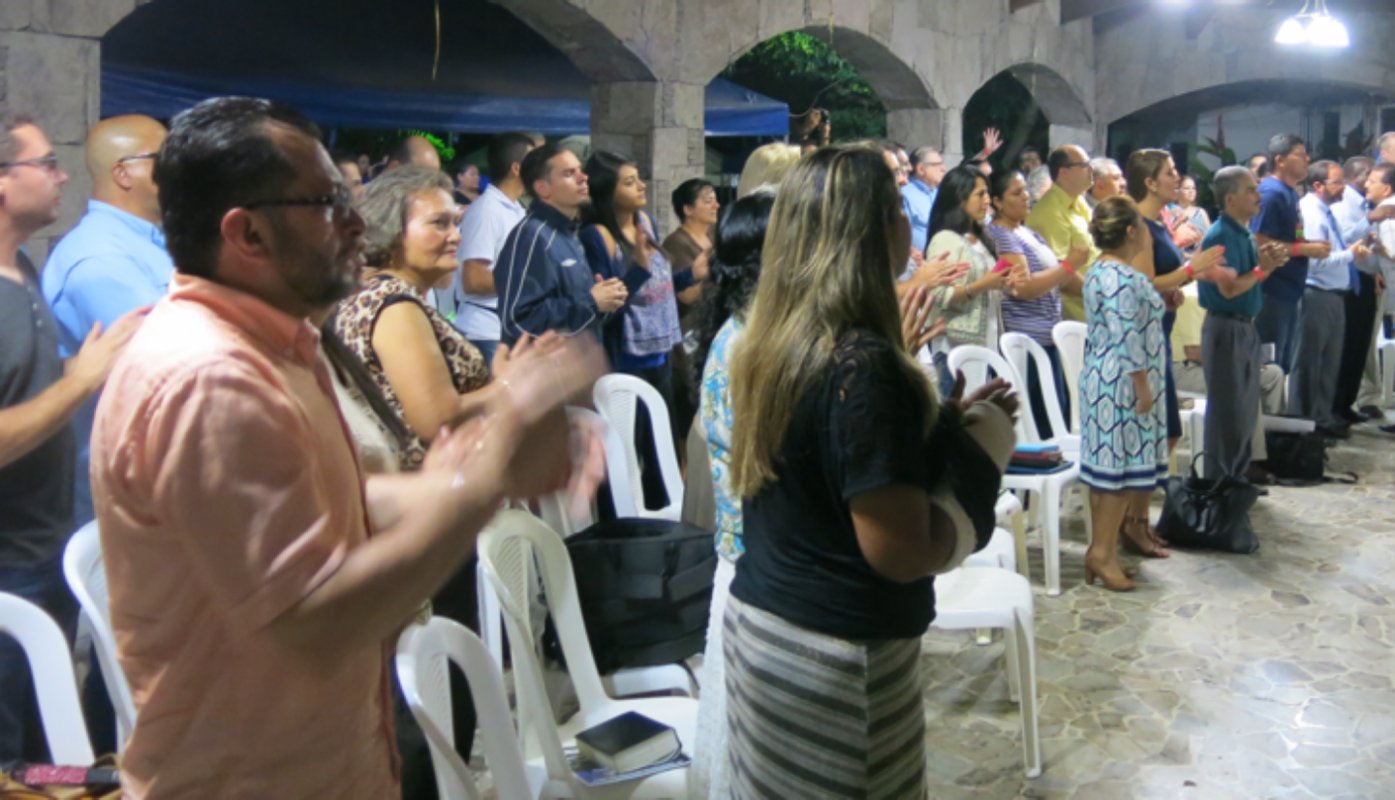 Ibero-American Area is moving from a "mission field" to a "mission force." It is committed to send Latino missionaries to the Fotizo People to work in partnership with Global Partners.

They came from the near and far, 90 people from 15 countries, to El Salvador, Central America. For the 11th time in 20 years, Wesleyans from the Spanish- Portuguese speaking world met to cast a vision for the “unreached Areas of the world.” Inspiring reports were heard from fields opened or assisted by Latinos in faraway places like Equatorial Guinea, Africa, Spain, Bolivia, Venezuela, Honduras, and Cuba.

Those of us who have been involved in the mission outreach leadership since 1996 felt it was time to step aside and we are “Passing the Legacy to the Next Generation,” the theme of the conference. We also firmly believe that we are reaching our Jerusalem, Judea, and Samaria.

Ibero-American Area is moving from a “mission field” to a “mission force.” This Mission Conference committed to “Amplifying Mission” by sending Latino missionaries to the Fotizo People to work in partnership with Global Partners. The goal is to have Latino missionaries recruited, trained, and funded in four years. A fact-finding team of six has been named to travel to the area early next year.

One of the most moving times was during the closing service. Dr. Dennis Jackson, Executive Director of Global Partners, took the mic and spontaneously challenged the conference attendees to give sacrificially to “Amplify the Mission.” The response was overwhelming as nearly $10,000 was given by cash and Faith Promise for ministry in “restricted areas” of the world. Please pray as the Holy Spirit empowers his Church.

Certificates were also given to those who have served for the past 20 years in the Latino Missions Movement known as JIBACAM. God has used the JIBACAM missions movement to multiply The Wesleyan Church in the Spanish-speaking world from 6 to 20 countries.

Praise God for his faithfulness! 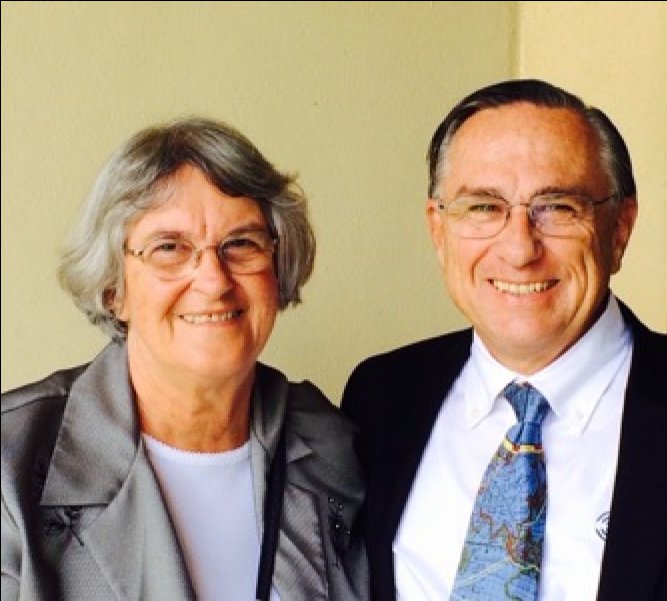 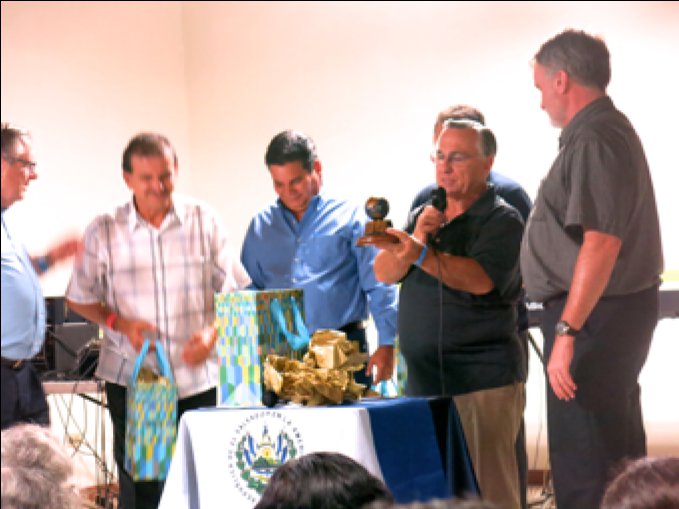 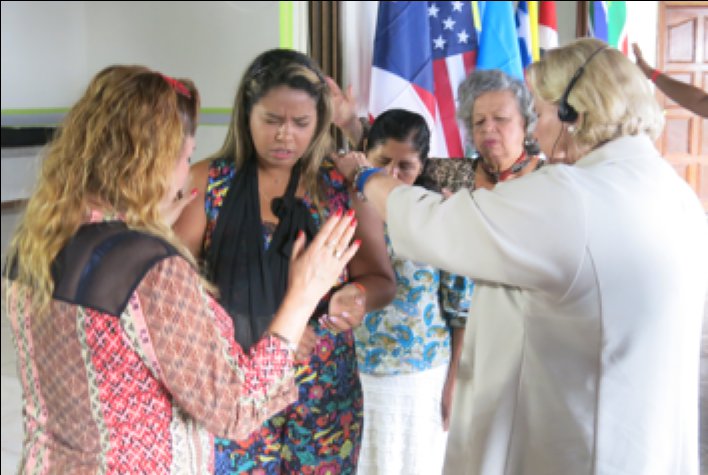 Jo Anne Lyon prays for Aryanne from Brazil, who will spend up to one year in Mozambique, Africa. 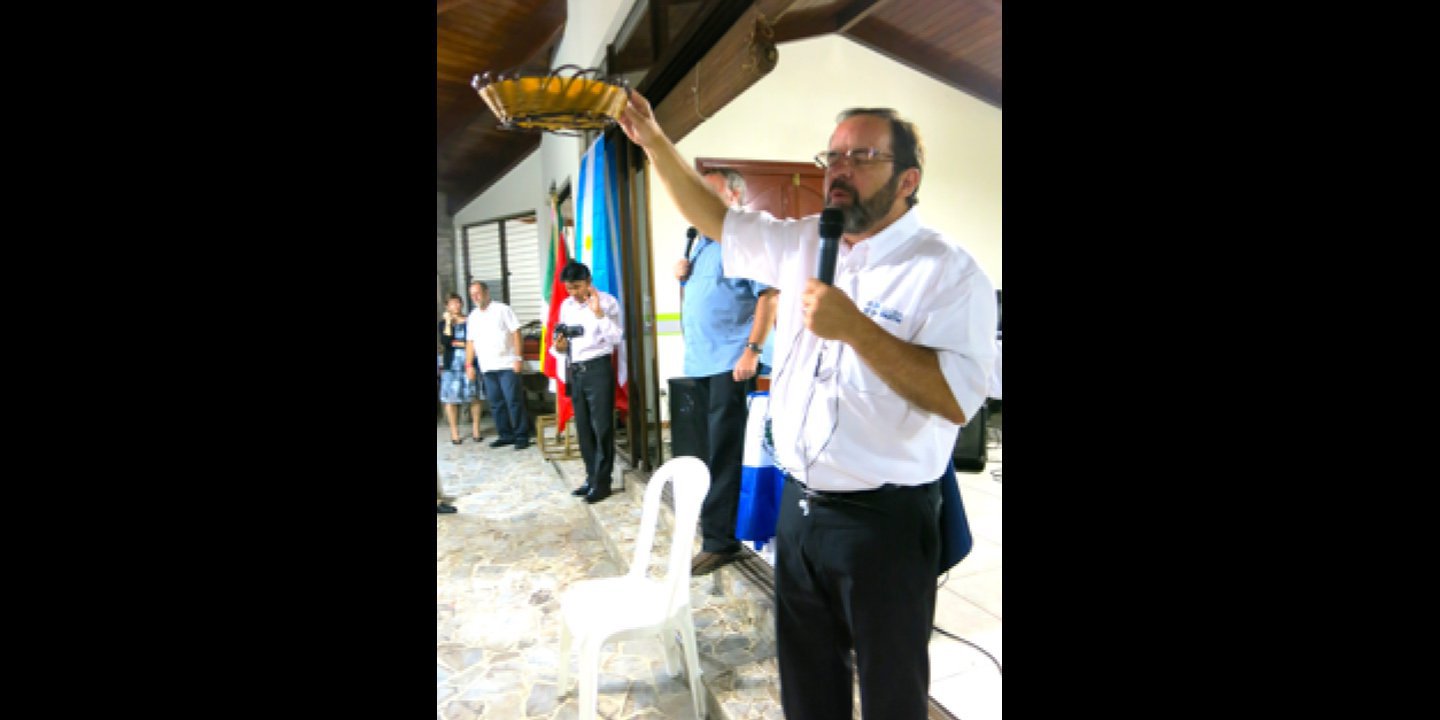 Dennis Jackson prays over the $10,000 offering. 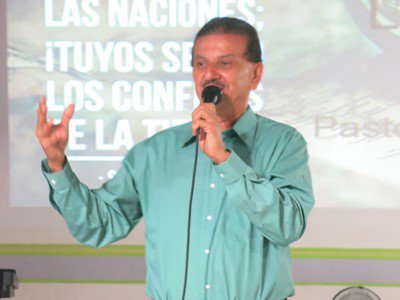