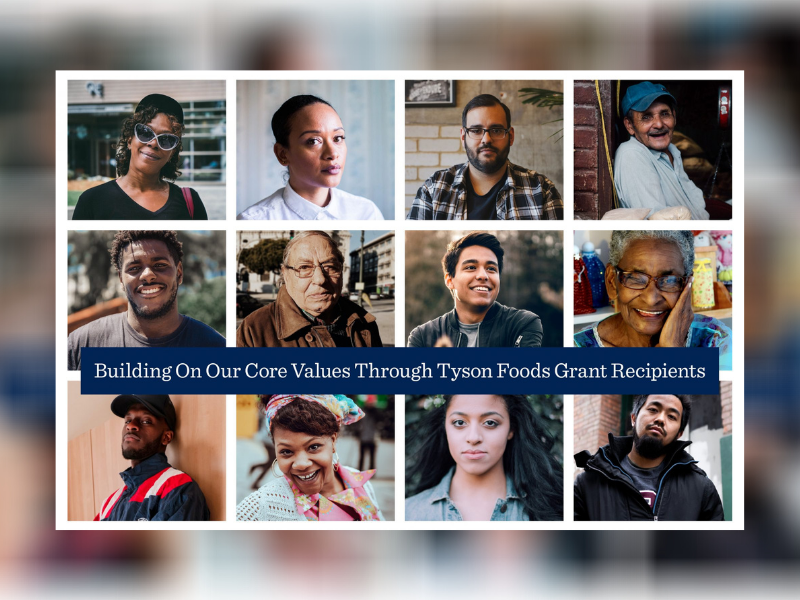 Funds will be distributed in equal amounts throughout the next three years.

Tyson Foods announced on September 1 that Immigrant Connection (IC), a nonprofit affiliated with The Wesleyan Church, was one of five organizations “advancing the cause of lasting change for our society” awarded $1 million. The Equal Justice Initiative, The Executive Leadership Council, The National Urban League and The Smithsonian were the other four. IC was the only organization voted a recipient by Tyson Food team members.

“Apart from God, this is utterly unimaginable,” said Immigrant Connection Director Rev. Zach Szmara. “To even be in the same conversation as organizations like The National Urban League, The Executive Leadership Council, The Smithsonian and The Equal Justice Initiative is a witness to two profound truths I have learned — God has favorites, and immigrants are one of his ‘favorite four’ (the poor, the widow, the orphan and the foreigner living among us). God absolutely loves seeing the marginalized lifted up in counter-cultural ways so he receives all the glory that he is due.”

An employee at Tyson Foods, which has a plant in Logansport, Indiana, where Szmara also pastors The Bridge Church, relayed to Szmara that he has “never encountered anything like Immigrant Connection” — that IC is doing important work that is needed and is making a difference.

Twenty-one IC sites have been launched in Wesleyan churches within the U.S. since its inception in 2014. Two new locations are pending approval as IC sites with the U.S. Department of Justice.

More than 8,000 immigrants from over 125 countries have been assisted through IC which has become the largest Protestant church-based immigrant legal aid organization in the United States.

Grant funds will be distributed in equal amounts throughout the next three years.

According to Szmara, the grant will support plans to:

He reflected on how far IC has come in six years.

“My first year, I served a handful of clients,” said Szmara. “There were times that I waited for anyone to call or come by and wondered if this idea was even plausible.”

The local church pastor and IC director is quick to point out that the organization’s daily success in connecting immigrants to legal services is because of other Wesleyans who serve in capacities at other IC offices.

“God is using you. You are significant, you are influential, you are building signposts of hope for the coming kingdom,” said Szmara. “You are doing prophetic work and bringing justice into communities.”

“This gift makes me think of the phrase ‘surprised by God,’” said Dr. Jo Anne Lyon, co-chair of the Immigrant Connection board. “I am so grateful to the many people working in IC that have sacrificially ministered these years as a call from God and following the teachings of Jesus.”

“It was an honor just to be nominated for this grant,” said David Drury, co-chair of the IC board. “With our limited name recognition, I thought we were the longest shot for sure. However, [Tyson Foods] employees showed great support for this work by voting for it. This shows that when you have a proven track record of community transformation and helping real people with real needs, the blessings of God follow in due time. I can’t wait to see all the ways our immigrant neighbors will be blessed by this grant in coming years.”