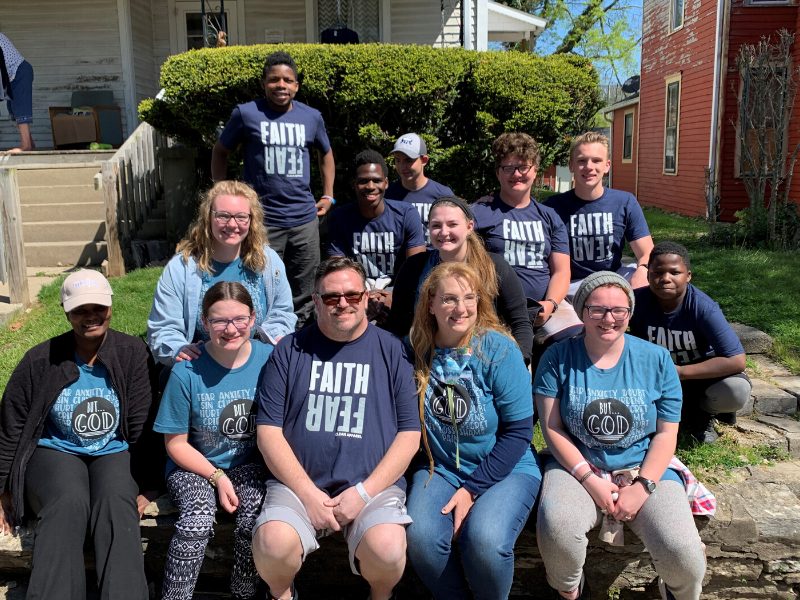 Doctors called his recovery miraculous as he "defied medical and scientific odds."

What started as a nasty case of pneumonia in early February turned into a nearly seven-week hospital stay and near brink-of-death conditions for Sweetser Elementary teacher David Henry.

Henry, who was admitted to Marion General Hospital on March 26, was quickly transferred to Lutheran Hospital in Ft. Wayne, Indiana, on March 31 following worsening conditions.

His wife, Michele, who serves as family and children’s pastor at Brookhaven Wesleyan Church in Marion said, “David’s doctor told me that people as sick as David don’t survive. He said, ‘I’m not even saying most people don’t; I mean no one that sick survives. It’s really quite miraculous.’”

By April 1, after less than a week in the hospital, doctors were informing Michele that her husband was very critical and not responding, saying “there was nothing more they could do.”

Instigating a community-wide and even international prayer chain through Facebook, Michele updated thousands of friends, family, acquaintances and even strangers who were praying diligently for Henry’s recovery.

But Henry’s pneumonia soon wasn’t the only barrier. A test revealed Henry also had COVID-19, causing even further damage and weakening of already-fragile lungs. For 36 days, Henry was intubated, his breathing regulated only by a machine. Soon, he was in renal failure and had to be put on continuous dialysis for nearly as long as he was on the ventilator.

“[The doctor] was shocked at how good he looked based on how bad he was,” Michele wrote on Facebook. “He said, ‘I’m very surprised he survived this.’ I told him there are a thousand people praying.”

After a painstaking 40 days of absence from wife, Michele, and their 11 children, Henry defied medical and scientific odds as he left the hospital May 6 to go home.

“40 Days. David was absent from us for 40 complete days. The significance of that is not lost on me,” Michele wrote on Facebook. “In those 40 days we experienced: the greatest fears I’ve ever known; the deepest valley I’ve ever passed through; the roughest, most difficult mountain I’ve ever climbed; the darkest nights I’ve ever felt; the greatest assembling of prayer I’ve ever witnessed; the most massive demonstration of love I could have ever imagined; the most physically sensed presence from my Heavenly Father that I’ve ever known; the most vivid miraculous development I’ve ever seen with my own eyes. If we had to experience the first four in order to enjoy the last, then it was worth every painstakingly slow day.”

As David and Michele made their way home from the hospital, a parade of people gathered to welcome them home.

“At the end of the days where I was intubated, there were long stretches of time where I was fully alert. My hands were strapped to the bed, and I was completely aware but unable to communicate. A mind trapped in a body that didn’t function,” Henry wrote. “Still, I didn’t feel fear. Didn’t feel worry. Frustration was minimal. Why? Because, truly, Christ is enough. He helped me. He comforted me. He lay beside me. He was all I had, and he was enough.” 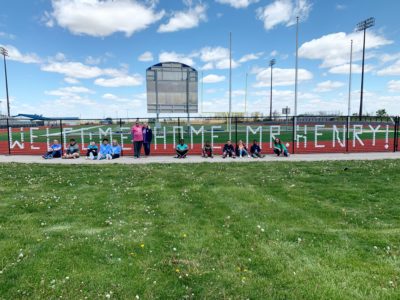 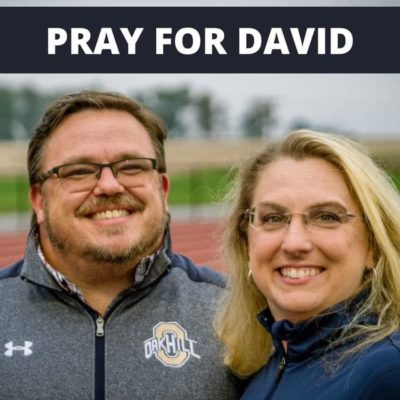