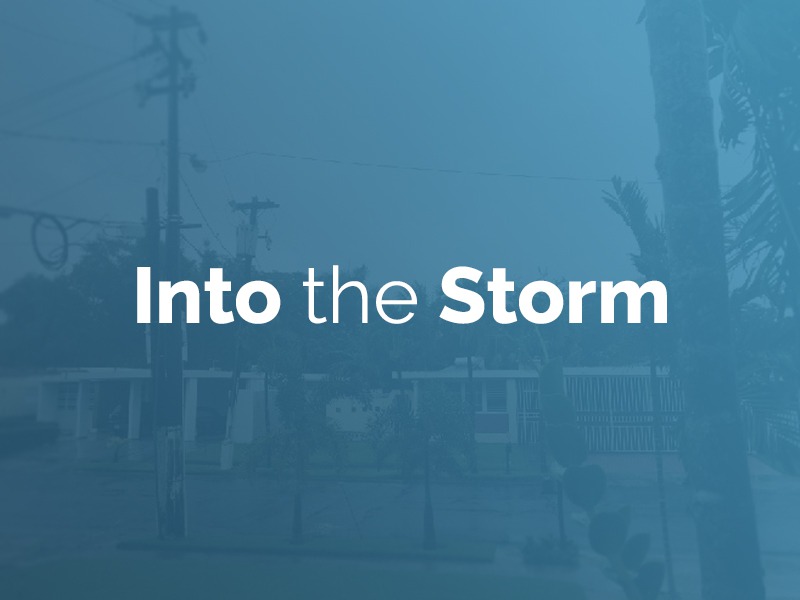 Here is an article written by Jimmy Tomlin of the HP Enterprise on Pastor Jonathan and his trip to Puerto Rico during Hurricane Irma.

When Hurricane Irma makes her presence known in High Point this week, one local man will be seeing the storm for the second time.

Jonathan Lewis spent the past few days in Puerto Rico, helping his elderly mother-in-law — 82-year-old Margie Hernandez — prepare for Irma, and then riding out the storm with her. Now, after helping with the cleanup down there, he’s scheduled to return to High Point Sunday … just in time for round two.

“I get to come home and get ready for Irma all over again,” the 51-year-old High Point man said by phone Friday from Guaynabo, Puerto Rico, where Hernandez lives. 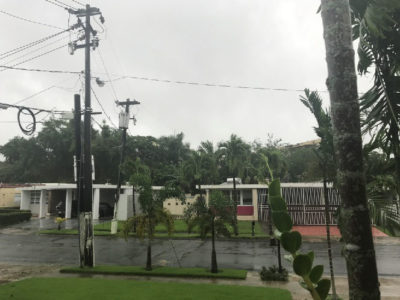 Lewis, a former Wesleyan pastor who now serves as superintendent of North Carolina’s Eastern District of the Wesleyan church, initially had planned to go to Puerto Rico after the hurricane. As he watched news reports about the Category 5 storm, however, he grew increasingly concerned for his mother-in-law’s safety and decided to leave Tuesday, before Irma got there. He managed to get the last seat on a flight from Miami to San Juan, the capital of Puerto Rico.

Lewis arrived early Wednesday morning and, after sleeping a few hours, spent much of the day helping Hernandez brace for Irma. He moved potted plants and outdoor furniture from her terrace into her home, taped up a few windows and secured the hurricane shutters on the windows. He also helped Hernandez’s neighbors, some of whom are bedridden, prepare for the storm.

Irma began to hit around 4 p.m. that afternoon, but near San Juan, the storm didn’t pack quite as powerful a punch as had been feared.

“It’s impossible to know, but I’m estimating the winds were 70- to 80-mile-per-hour gusts,” Lewis said. “You could hear trees breaking in the distance, but there was no immediate damage around the house. Things could’ve been much worse.”

Hernandez’s home did lose power, though — like more than a million other residents of Puerto Rico — and it had not been restored as of midday Friday.

Meanwhile, back home in High Point, Lewis was earning major brownie points with his wife, Kathy, who was comforted knowing her mother was not alone during the hurricane, and that she would have Jonathan’s help preparing for the storm and cleaning up afterwards.

One of Kathy’s biggest concerns for her mother was flooding, which was a problem with hurricanes Hugo in 1989 and Georges in 1998.

“Where she lives, there’s a creek behind her house, and when they get a lot of rain, it can rise up and flood the house,” she said. “It’s done that before.”

Thankfully, that didn’t happen this time.

“We were very fortunate here,” Jonathan said. “We lost power here, but we still have water. Where (Hernandez’s) brother lives, they don’t have power or water. We’re very blessed here.”