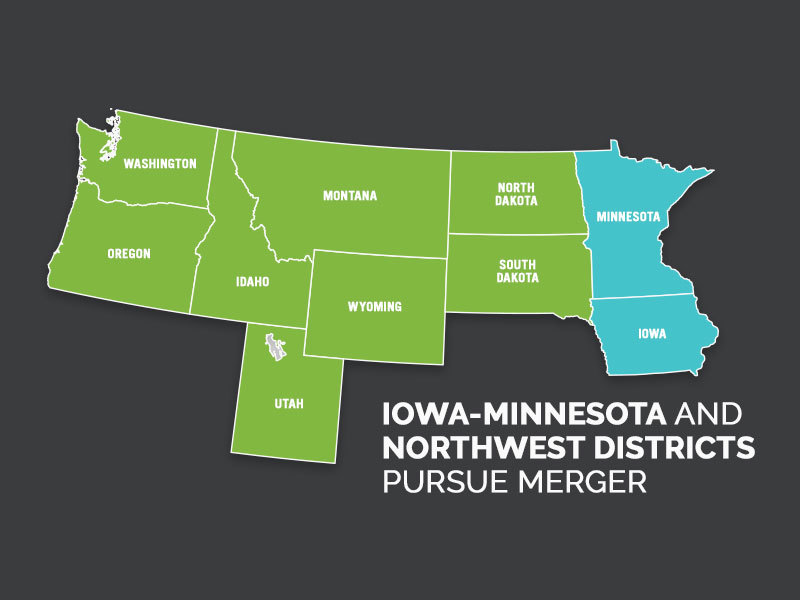 Over the next 12 months, Smith will serve as acting superintendent of the Iowa/Minnesota District, with DS Purcell serving in more of an assistant district superintendent role. The two districts will cooperate in church revitalization and multiplication efforts and the IA/MN District will join the Northwest District Winter Retreat.

In describing how merger discussions came about, Purcell said: “In March of 2020, I approached the subject of my eventual retirement with our district board of administration (DBA) by asking, ‘What do we want our district to look like in five years and what decisions do we need to make now in order for that to happen?’ As we talked about various leadership transition paradigms, there was strong sentiment to explore merger with the Northwest District. The two districts share a very similar culture and are already cooperating on numerous ministry initiatives, so it just seemed to make sense to at least explore that option.”

Both districts will vote on the proposal to merge at their respective 2022 conferences. If merger is approved by both districts, a resolution will be presented to the General Board.

“I’m excited for all the ways that the tremendously healthy and mission-minded churches of Iowa-Minnesota will add to the strength of the Northwest churches,” said Smith. “I’m also excited about what a tremendous leader like Tim Purcell will bring to the district team.”

If approved, the merged district will be called the Northwest District and will include the states of Alaska, Idaho, Iowa, Minnesota, Montana, North Dakota, Oregon, South Dakota, Utah, Washington and Wyoming.