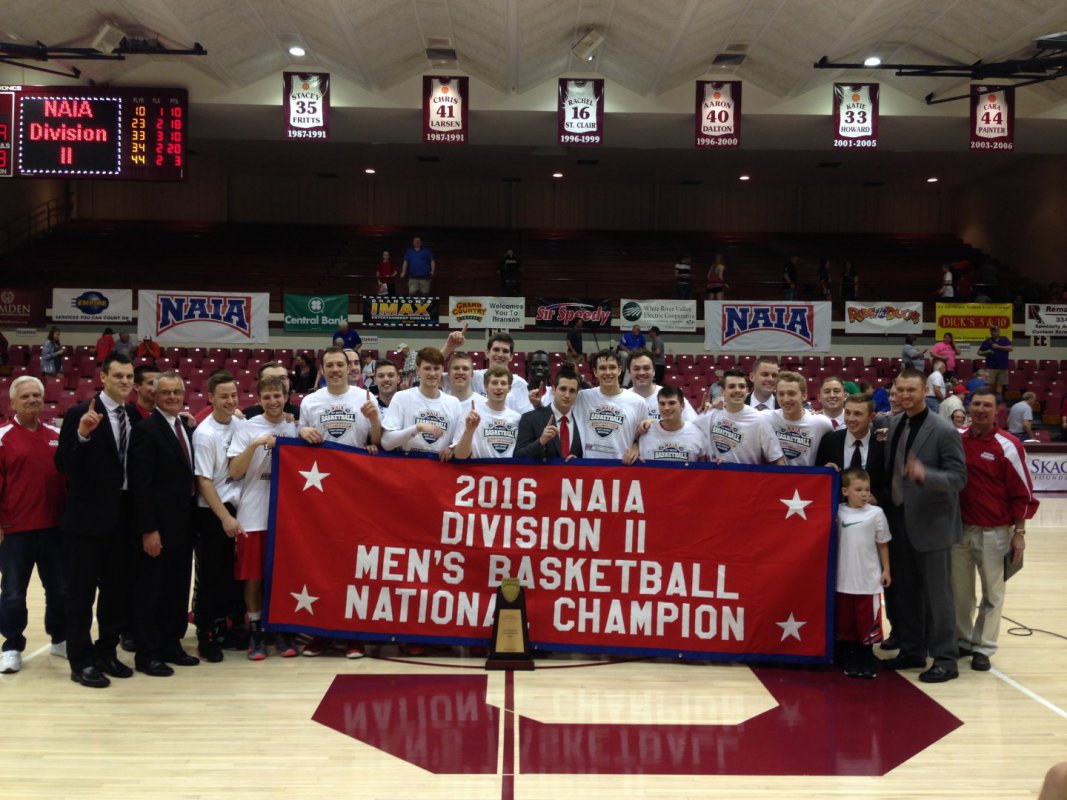 Indiana Wesleyan University Men’s Basketball made two defensive stops in the final seven seconds to hang on for a 69-66 victory to win the NAIA Division II National Championship, in Point Lookout, Mo., March 15.

IWU beat No. 1 Saint Francis (Ind.) after losing to them three times earlier this season. The IWU Wildcats finished the season with a 33-5 record. This number of wins ties a record for most in a season, which last year’s team also accomplished.

“We couldn’t make a stop a month ago. But this team bought in and won a national championship on defense,” said Head Coach Greg Tonagel. “I am so proud of this team. We weren’t naturally a good defensive team, but they bought in and became one just in time.”

IWU Men’s Basketball becomes the first program to win two titles in three seasons since Northwestern (Iowa) did so in 2001 and 2003.