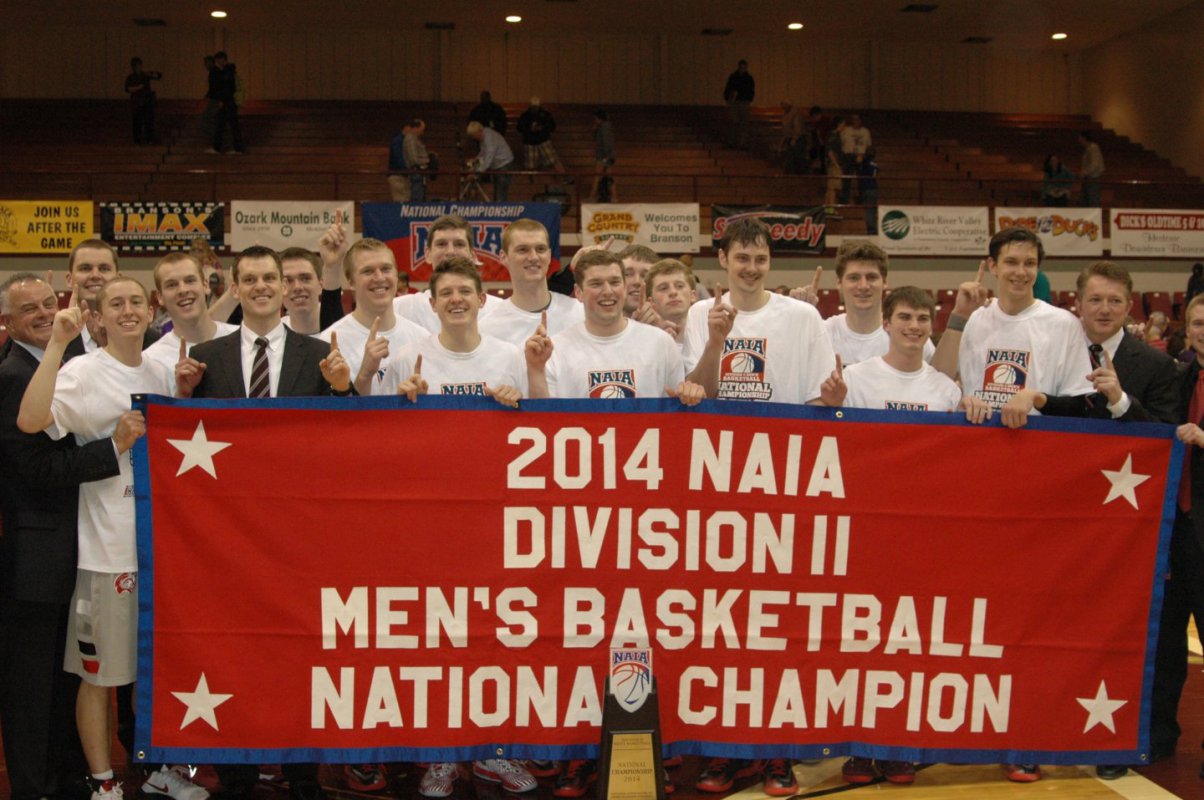 IWU men's basketball set numerous records and won many honors this season. The Wildcats capped off the year with a national title win.

No. 5 Indiana Wesleyan defeated No. 10 Midland (Neb.) 78-68 in the national championship game that was played in Keeter Gymnasium in Point Lookout, Missouri. The title game was broadcast on ESPN3.

This was a historic moment for IWU intercollegiate athletics. For the second year in a row, one of IWU’s basketball teams has won an NAIA national championship. Last year the Lady Wildcats accomplished the feat. This year it was the men’s turn.