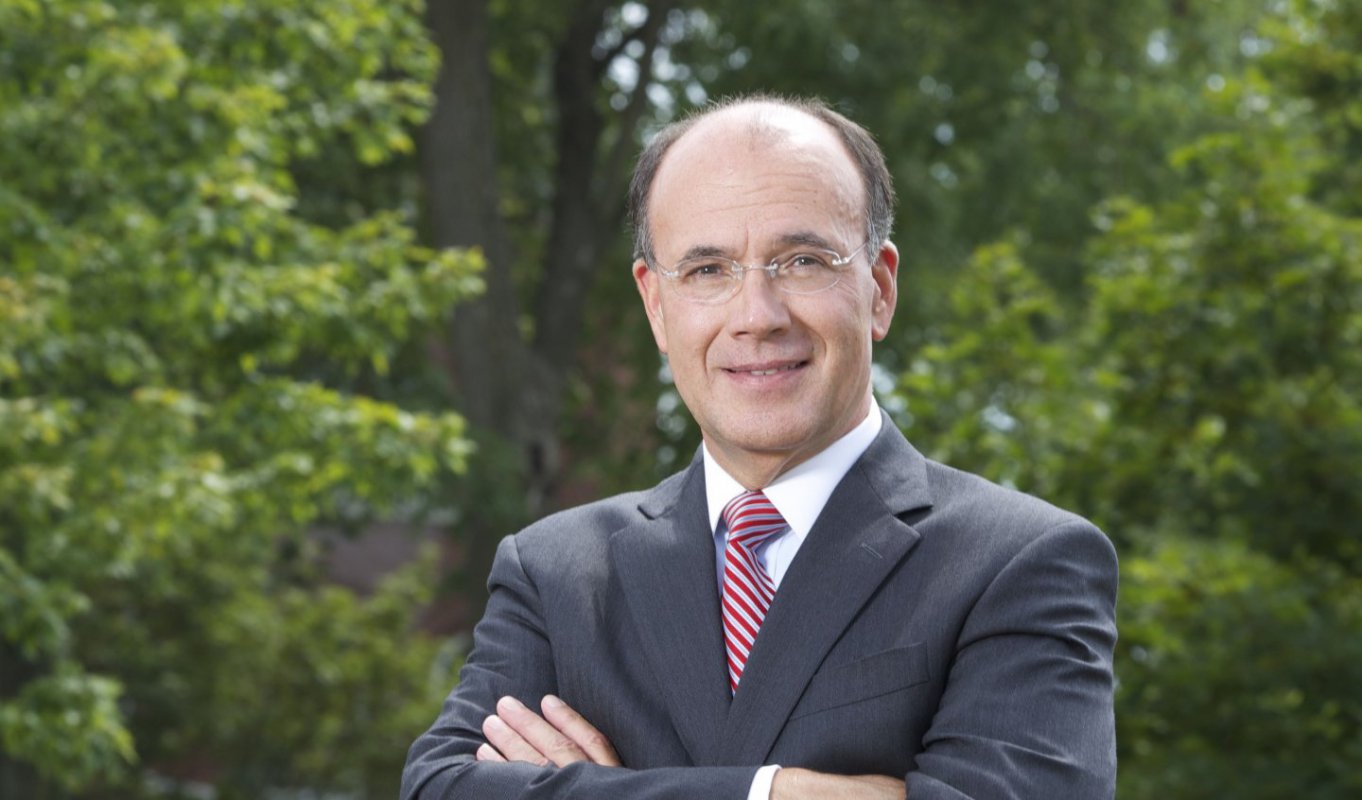 Dr. Henry L. Smith, eighth president of Indiana Wesleyan University, has announced his intent to retire as president on June 30, 2013.

Dr. Henry L. Smith, eighth president of Indiana Wesleyan University, has announced his intent to retire as president on June 30, 2013.

Smith said in a letter to the IWU Board of Trustees, “After much prayer, contemplation, and counsel, I have reached the assurance that the time has come for me to retire.

“I am grateful to the IWU Board of Trustees for entrusting the leadership of this great University to me. The past nearly nine years of service at IWU, as the first executive vice president, then as president-elect, and as president, have been the most rewarding, fulfilling, exhilarating, and challenging years of my professional life,” Smith said. “The privilege of leading this institution forward has been an honor I will always cherish.”

Board of Trustees Chair Carl Shepherd said, “The Board of Trustees expresses appreciation and deep gratitude for all that has been accomplished for IWU and God’s work during Dr. Smith’s tenure as IWU president.”

The Board also approved as of July 1, 2013, that Smith would become chancellor with the anticipation of a significant focus on international Wesleyan higher education. Smith will serve as chancellor until December 31, 2015, which is shortly after his 65th birthday.

A presidential search committee was approved by the Board to be chaired by Karen Hollenbeck, retired vice president of administration, W.K. Kellogg Foundation. The committee, to be comprised of faculty and church representatives, in addition to Board of Trustees members, plans to conclude its work by June 30, 2013.

The Board of Trustees also appointed a management team to direct the operation of the University during Dr. Smith’s sabbatical. The management team will include Provost Dr. David Wright, Executive Vice President Dr. Keith Newman, and Vice President for Business Affairs and Chief Financial Officer Dr. Duane Kilty.

During Smith’s presidency, enrollment grew to a record 15,953 students making IWU the largest independent university in Indiana and the largest institution in the Council for Christian Colleges and Universities. University expansion included the chapel-auditorium, multiple residence halls and townhouses, Elder Hall (academic building), three new extension education centers and a new service center, the School of Nursing, the School of Health Sciences, Wesley Seminary at IWU, the Ron Blue Institute, National Conversations, the President’s Author Series, the first Semester Study Abroad program, the Health Sciences Initiative, the Multicultural Enrichment Council, and a University branding initiative: all approved, formed or completed. Under construction are the Wesley Seminary building and the Science and Nursing building. IWU has received recognition of its academic quality and affordability from U.S. News and World Report, Kiplinger’s and the Chronicle of Higher Education.

“I congratulate Dr. Smith on his retirement as President and offer my heartfelt appreciation for the many significant accomplishments achieved during his seven years as IWU’s leader,” Shepherd said. “Wesley Seminary, health sciences, growing endowments, diversity, and academic excellence are all enduring hallmarks of his presidency, as well as his foundational emphasis on being a Christ-centered academic institution. On a personal note, Dr. Smith has been a great friend and I wish him and his wife, Teresa, the best as they enter this next phase of service in God’s work.”

Dr. Kerry Kind, The Wesleyan Church’s education officer during most of Dr. Smith’s tenure, commented, “President Smith never had to be urged by the trustees or the Church to make Jesus Christ the highest priority. He gave dynamic leadership to keeping Indiana Wesleyan a Christ-centered school first. All of the other many successes are wonderful, but secondary. The Wesleyan Church is grateful.”