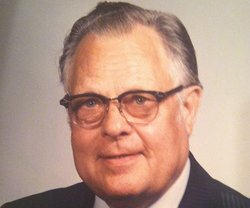 He and his wife traveled internationally, including 30 trips to the Holy Land.

He is survived by his wife of 77 years, Martha L. Hertel; children, Dr. Marti Eicholz (Robert) of San Diego and Dr. J. Wesley Hertel (Pat) of Greenwood; seven grandchildren, and 23 great-grandchildren. His funeral service was held on July 24 at Mount Auburn United Methodist Church in Greenwood.