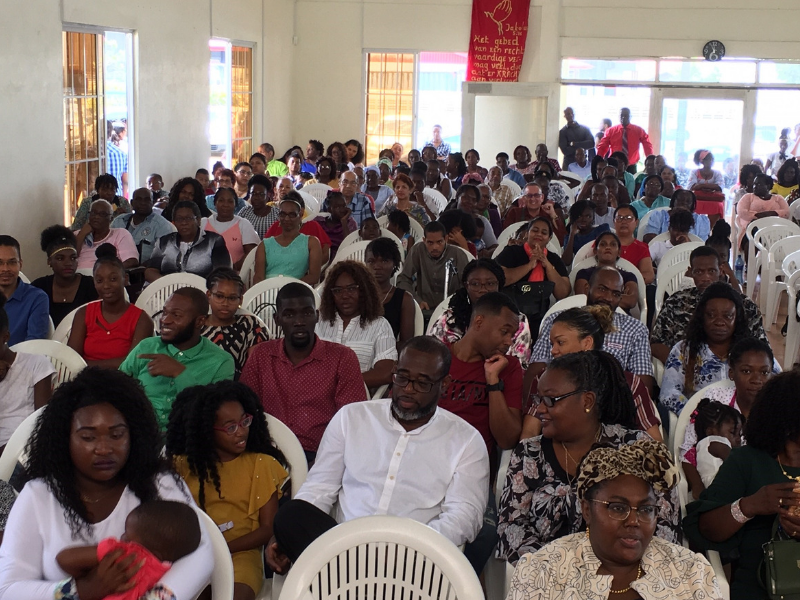 He was hesitant to attend church on Easter morning. But then he said "yes" to Jesus, and his life was changed.

It has been a long time since I’ve preached on Easter Sunday. My role doesn’t really invite opportunities to be a guest speaker on that specific church holy day. But here I was in Paramaribo, Suriname, sharing the theme message — Go! Win one soul for the Lord!

I shared the message from John 4:4—Now Jesus had to go through Samaria, on the urgency of the mission. At the beginning of the message, I asked everyone to say “yes” to whatever the Holy Spirit said to them. The official language of Suriname is Dutch and, in that language, “yes” is “ja.”

The Holy Spirit seemed to be working throughout the time of the message. At the end, I reminded the congregation that they had committed to saying “ja” to however the Holy Spirit spoke to them. I asked for a commitment of raising hands with one finger up to commit to winning one soul for the Lord. Over 300 persons responded. I then went on to share the message of salvation and that no matter who you were, you could come. So, more than 20 persons said “ja” to receiving Christ.

There was one really great story. A man invited a friend to come to church who at first was a bit resistant. The man said to the friend, “Just go. Go! Just say ja.” The friend did say yes.

On Sunday morning, the friend woke up and told his wife, “I’m going to church today.” When he got to church, he was warmly welcomed and then as I introduced the message, I encouraged everyone to decide ahead of time, “Whatever the Holy Spirit says to you during the message, just say ‘yes’ to Him.” This yes connected deeply to the invitation he had received.

In this message, I also used the word “go” several times, which also connected with his invitation. When the opportunity came to receive Christ, he said “ja.” He immediately told his friend and said he couldn’t wait to tell his wife. He couldn’t believe that the words “go” and “yes” were such a significant part of the message.

God‘s amazing prevenient grace at work … The Holy Spirit working through barriers of language, culture and time … Because of a faithful witness … Because the Holy Spirit is the first and greatest witness of all.