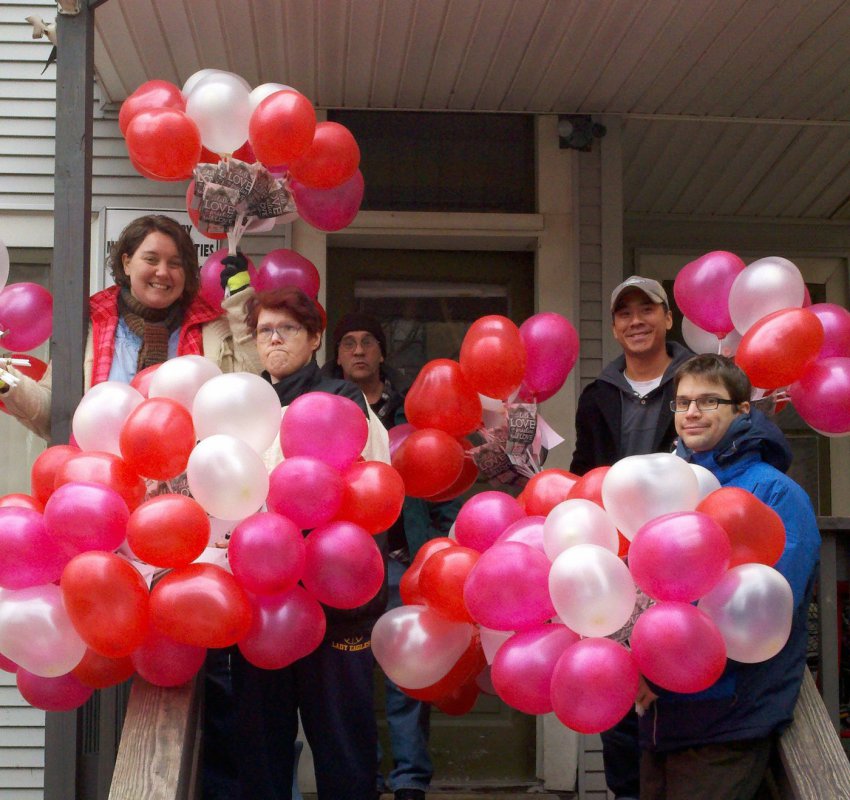 JUSTembrace the hurting in Chicago

When Sherilyn Sheets returned from serving one year in Bosnia as a Global Partners GO-NET missionary, she knew her heart for marginalized people groups was changed forever.

When Sherilyn Sheets returned from serving one year in Europe as a Global Partners GO-NET volunteer she knew her heart for marginalized people groups was changed forever.

“Sher” (pronounced “Share”), as she is affectionately called by her friends, is a fourth-generation Wesleyan. She comes from a long line of Wesleyan pastors and was the first person in her family to serve overseas since her great-grandmother, who was born and raised in China as the daughter of Pilgrim Holiness missionaries. Today Sher serves as the founder and executive director of JUSTembrace, a ministry that exists in one of Chicago’s poorest neighborhoods to “equip people to live lifestyles of restoration” and values hospitality, generosity, and inclusivity.

While serving in Europe at a World Hope International education resource center, Sher said she “drank a lot of coffee with people, started an English program, and gave of myself relationally in the community.” She also became deeply burdened for a gypsy people group. Even though this people group did not frequent the education resource center, Sher held conversations with the traveling vagabonds whom she met while out in the city and had a “natural pull toward them.”

Sher still thinks of the gypsies she met in Europe and knows that what she is doing in Chicago now is what she would like to have done back overseas.

After returning from Europe, she attended Wheaton College in Illinois as a graduate student, studying intercultural studies and hoping to have a global influence on the orphan crisis. After completing her work, Sher moved to Naperville, an affluent suburb of Chicago. It was while living in this wealthy suburb in 2008 that Sher sensed God saying, “Throw a birthday party for the homeless in Chicago.”

Sher recruited 40 young adults from her church to help throw the party for 50 homeless people. She considers that first party a great success, despite not knowing “what I was doing.” She had three main goals for the party: celebrate the uncelebrated, see the unseen, and restore identity to ignored members of Chicago’s streets.

“I’d never before seen two societal demographics with no apparent social options have an equal relationship,” said Sher. After the birthday party, Sher kept leaving the comforts of suburbia, returning to the city to make coffee for the homeless every Sunday.

For two years, she and some other young adults listened, conversed, and got to know their homeless friends. She became educated about drug addiction and mental illness. Some homeless friends died within those couple years, while one man went into rehab.

Within this time, Sher sensed God drawing her toward the city, although it wasn’t easy.

“All of this gave me a heart for the marginalized and the city and taught me how to interact with them,” Sher said. “But I had to learn how to handle the smells, the sights, the sounds, and the things you don’t expect.”

In 2010, she moved to Uptown, one of the poorest neighborhoods in Chicago, on the north side. Former hotels serve as apartment buildings with tiny SRO’s (single-room occupancies) for the homeless and drug addicts. Gang-related violence permeates the area. Within one square mile, there are 15 SRO’s, 12 nursing homes (full of mentally ill patients and convicted felons), and 8 homeless shelters.

The JUSTembrace house is also located in the neighborhood. This is where Sher and her housemates live, and they use the house for Sunday evening Bible studies, birthday and holiday parties, and foot clinics (soak the feet and cut toenails of the homeless). Sher is quick to point out that the house and get-togethers with the homeless are not ministry “to the poor” but “among the poor.”

“I want to develop relationships with my neighbors that are motivated by what we have in common, not by our differences,” said Sher, who began volunteering at a local soup kitchen and made homemade cookies to pass out on the streets when she first moved to Uptown. “I am not serving meals in my home because people are hungry. I serve meals because I am trying to bring in people who don’t have an awareness of their value as human beings. I can’t relate to their hunger, but I can relate to their humanity.”

“I want to be clear about how Jesus acted and that we cannot have a self-serving agenda with ministry,” said Sher. “I want us to normalize the humanity of our neighbors and love them, no matter if it is in the poorest neighborhood in America or the wealthiest. This is critical in our ability to engage the gospel.”

Sher is passionate about engaging with the homeless and not treating them like a “ministry project.” She has trained others throughout Chicago and across the country, equipping them to live differently wherever God has placed them.