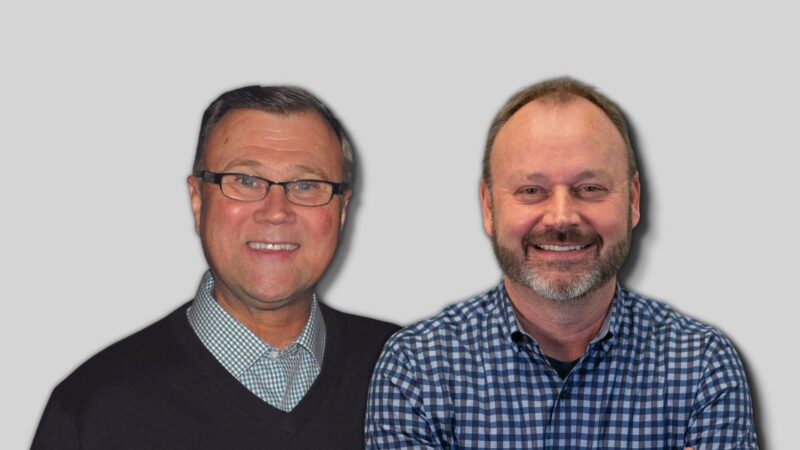 The Shenandoah District, covering West Virginia and parts of Virginia, said a fond farewell to Rev. Greg Reynolds, its District Superintendent (DS) for the past 15 years, at District Conference this year. Meanwhile, the Chesapeake District, which covers the other parts of Virginia not in Shenandoah, as well as Maryland, Delaware and Washington, D.C., also saw a DS transition as Rev. Mike Hilson handed the reins over after four years.

While both districts are close in proximity and are experiencing a transition, they are quite different in leadership style and structure.

The Chesapeake District decided four years ago to move from a full-time DS model to a shared leadership model of six individuals under the authority of the DS. Pastor Mike, an author and lead pastor of New Life Church in La Plata, Maryland, agreed to take on the role of DS while still pastoring one of the largest churches in the area. His collaborative style greatly served the Chesapeake District. Dr. Todd Crofford, who served as the assistant DS for 13 years and is now serving as DS, said of Pastor Mike: “He is more than happy for the right thing to happen, no matter who gets the credit for it. He’s a very humble guy. He also is gifted with tremendous insight. He’s really creative and was a cheerleader for all of our pastors, always encouraging them to try new things.”

Pastor Mike chose to step away from the DS role to focus on his church and campuses, and to launch a new leadership counseling service called Freedom Hill. “Mike’s got plenty of irons in the fire,” said Dr. Crofford. Even though he has now passed the torch on the DS position, Pastor Mike continues to sit on the District Board of Administration. “The pastors are tremendously grateful for Mike, and the ovation for him at conference was spontaneous and genuine for how he poured himself out to them.”

Chesapeake is shifting a bit more responsibility back into the DS role but wants to continue to do well in the three areas focused on by Pastor Mike — accountability, coaching and encouragement. “We’ll carry forward on this idea of support. I’m working very hard to establish relationships and serve each pastor, to let them know that the district, and me personally, are by their side,” said Dr. Crofford.

The transition in the Shenandoah District from a tenure perspective was a different situation. Pastor Greg Reynolds said, “I felt like my time was done. I enjoyed the 15 years. This district has been wonderful to us, and I left with peace.” Tim Kirkpatrick now serves as the DS.

Pastor Greg and his wife, Becky, have indeed been district stalwarts. Pastor Greg is often referred to as a “pastor’s pastor” who feels deeply for people and mentored many in ministry. He sings the praises of his wife’s work, especially in leading a women’s retreat called Discover the Joy, an annual event started by his mother when she was the wife of the DS. “This was a significant event and probably the best district gathering we did. The people Becky had in to speak were tremendous. I think we had as many as 700 attending. Women would drive for eight or nine hours to get there,” Pastor Greg said.

Of himself and his leadership style, Pastor Greg says “I wasn’t necessarily the greatest strategic leader, but I was a pastoral leader. I am a pastor at heart. My greatest strengths may be loving people and walking with them. That was modeled by my dear mom and dad who served for over 40 years.”

He is particularly proud of the district partnership with Wesleyan churches in El Salvador. He admits that he initially was not that excited about it. “When we started, there were two churches. We grew it to one, so things were dicey at first. But we hung in there.” Today, there are more than 10 Wesleyan “preaching points” in El Salvador, and Pastor Greg says he had the privilege of ordaining men and women in the country.

Pastor Greg is clearly not 100% ready to retire his passion for preaching and serving. He will have a few more opportunities now that he has agreed to take on a short-term role as interim pastor at Christ Wesleyan Church in Christiansburg, Virginia.