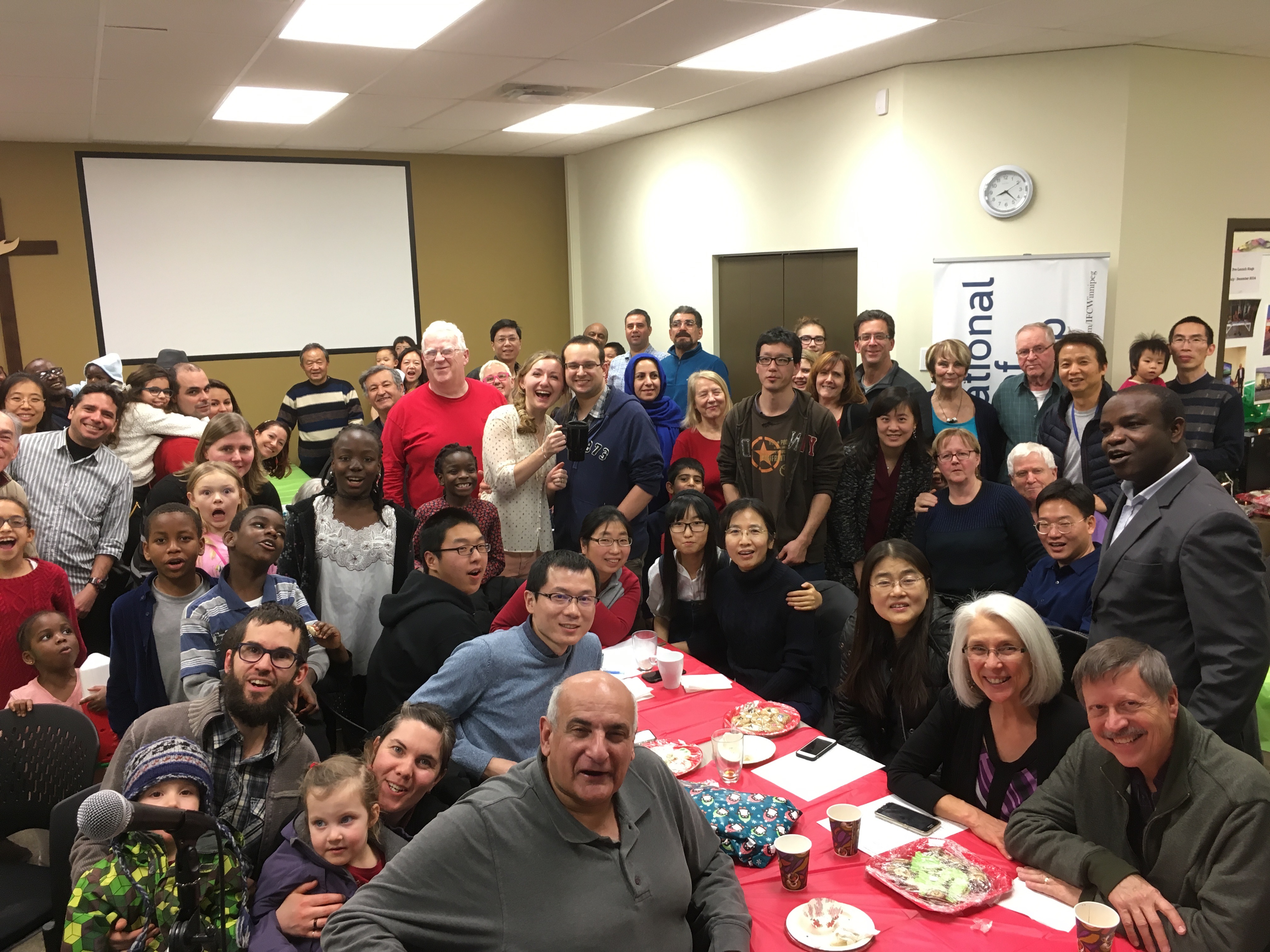 When the church was founded in 2014, the launch team of five people held very little diversity. Today, various nations are represented.

When Jacky walked by the International Place of Friendship in Winnipeg, Manitoba, in October 2017, he noticed the sign for free English classes. The Chinese student who attends the University of Manitoba, soon realized that those who were teaching him English were also Christians who belonged to New Horizons International Church. His excitement level grew since he could not practice his own Christian faith in his home country because of persecution.

But it wasn’t always that way.

When Justin and Angela Bradbury founded the church in 2014, the launch team of five people held very little diversity.

“We began forming our launch team with the hope and prayer that it would be multiethnic from the start,” said Justin. “But this didn’t happen, and we wondered if our largely Caucasian launch team would ever become a multiethnic church. But God placed people with the right heart and love for the growing international community in our city, on our team. As we prayed, organized and began free English classes, the nations began coming to us. And out of our outreach programs came immigrant Christians who wanted to join the church.”

Today, the congregation is made up of approximately 50 percent recent immigrants and 50 percent Caucasian. Jacky expressed his gratefulness to be a part of the church.

“I have become very involved in New Horizons Church by serving on some of the ministry teams,” said Jacky. “One thing that has really changed for me is that I used to become angry very easily and lose my temper. Now that I am growing more in my faith, I don’t become angry like I used to. I have the peace of Jesus in my heart. I am so happy to be free to love Jesus and be a part of a church that helps me grow.”

“We are thrilled to see God’s vision unfold right before our eyes!” he said. “What began as a dream in our hearts around our kitchen table with our three children nearly five years ago, has begun to blossom.”

The International Place of Friendship has an intricate part in changing lives with the gospel, as it offers English classes to recent immigrants and international students, job training, Canadian cultural orientation and education seminars — all in hopes that folks are introduced to Jesus and that those who are already Christians grow in their faith.

Justin notes that the young church has already multiplied itself.

“We have begun a ministry to the growing Brazilian community in Winnipeg with the assistance of a missionary pastor from Brazil,” said Justin. “It is a joy to see him preach not only to the Brazilian fellowship in Portuguese, but also in the larger congregation in English.

“We seek to meet immigrants and newcomers to Canada where they are, serve them in Christ’s love, and share the gospel with them,” said Justin. “Many respond, many remain curious and many are simply thankful that there’s a group of Canadian Christians willing to be their friend. If there’s anything we’re learning it’s that transformation takes time, and sometimes it takes a little longer when you serve people whose first language is not English. But friendship and the love of Christ transcend those barriers in miraculous ways.”