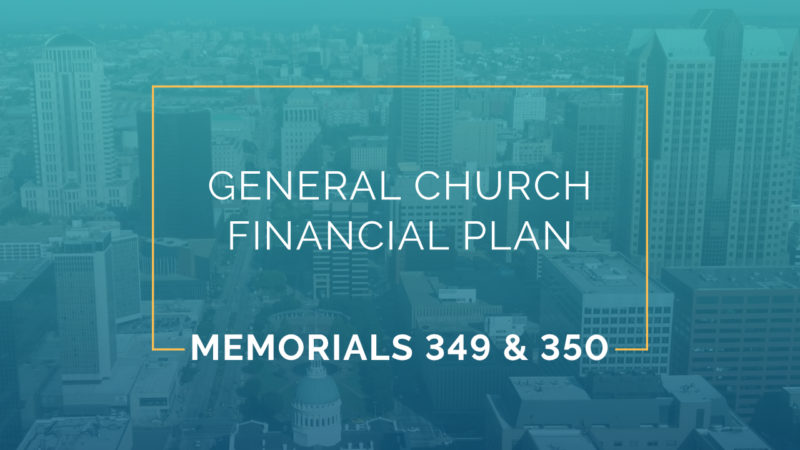 Every organization has a purpose, a mission that calls them into existence. Ingenuity and resources craft the vision, shaping the organization and its path forward. But funding is needed to move the organization’s mission from dream to reality.

Since the birth of The Wesleyan Church (TWC), United Stewardship Fund has been the funding mechanism to fuel the mission and vision God has placed upon the hearts of Wesleyans.

At the 14th General Conference, delegates will consider a variety of important issues. Among those issues will be Memorial 349 and 350, a proposed revision to paragraphs 1995-2050 and 2377 of “The Discipline,” specifically focused on the General Church financial plan and United Stewardship Fund (USF).

During the 13th General Conference in 2016, a task force was commissioned to study TWC’s United Stewardship Fund, specifically with an eye toward two main objectives:

As TWC continues to look toward the future, this task force hopes its work will help our congregations be healthier and more sustainable.

What exactly are the proposed changes to the language of “The Discipline” as it relates to USF?

Our communications team has prepared a full outline of the memorial’s language (including both present language and future revisions), which can be accessed here.

Who has been involved in building this memorial?

Chaired by Rev. Jerry Lumston, this task force has included lay and clergy representatives from throughout The Wesleyan Church and has benefited from heavy involvement by those with financial management backgrounds. The final product emerged from the work of the following participants:

What was the process of arriving at the proposed revision?

“From the earliest stages of the process it seemed evident that our best chance to update the funding plan would be to engage our stakeholders in a process that would require a sense of shared sacrifice,” said Rev. Jerry Lumston, co-chair of the task force on the financial plan. “We believe that we are presenting a plan that asks everyone to reduce some funding in order to provide a lower rate for local churches while also creating a new funding stream for church multiplication, a significant need that had not previously directly benefited from the funds sent out from local churches.”

The task force underwent a thorough research phase — scouring financial data, previous approaches to this issue and best-practices — and then a time of prayerfully discerning how our management can harmonize with the missional priorities of TWC. Those task force members then invited others into the journey, gaining feedback from over 150 Wesleyan members broadly representing TWC and its various institutions. Pastors, lay leaders, educators, mission workers, district and general church leaders, General Board members and others, all of whom are engaged in small, medium or large churches with dramatically-varying budgets, spoke into the survey, sharing their hopes for a USF revision.

What opportunities does this revision create?

The survey revealed three key priorities, which guided the task force in their process of arriving at the final amendments.

For more details about this conversation about mission and funding, go to TWC’s Funding the Mission page. There you will find videos, resources and an option to contact the USF Study Team directly with your questions. You can also visit and join the “Funding the Mission – USF” Facebook group to see and engage the discussion.

Rev. Ethan Linder is the pastor of collegians and young adults at College Wesleyan Church in Marion, Indiana, and contributing editor at The Wesleyan Church’s division of Education and Clergy Development.