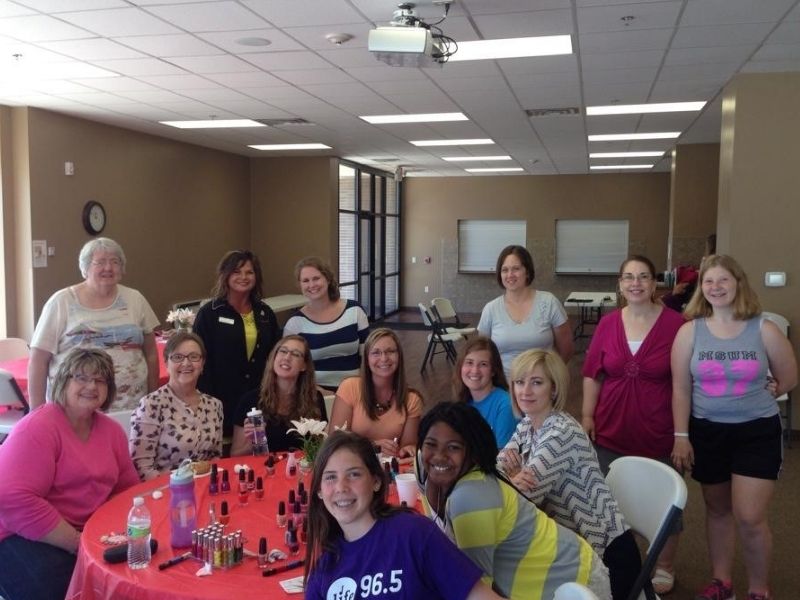 Modeling the gospel in the workplace

Business owners create a work environment where sharing the gospel is becoming commonplace.

Our dreams, longings and losses often emerge from our vision of what “normal” is.

For Serenity Miller — a South Dakotan who grew up below the poverty line — the “normal” trajectory was to find a way out of town as soon as possible in order to make a different life for herself. The search led Miller to the military, journalism and alcoholism, before an encounter with God in addiction-recovery brought her back to church. This changed her life and led her into ministry.

“I joined the Army National Guard in high school, thinking that was my ticket out of the Midwest,” said Miller. “Instead, I was medically discharged after a year and a half for a health condition I didn’t know I had, which devastated my whole life plan at the time.”

Shortly after being discharged, Miller went to work a front-desk job for a Native American newspaper in the Black Hills of South Dakota. Within six months, she was promoted to managing editor of the newspaper and its two sister publications in Flandreau, South Dakota, and Albuquerque, New Mexico.

Her work with the newspaper began a 10-year career in media and marketing, with Miller working for events and industry outlets in print and digital media, from South Dakota to Chicago and some international audiences. Before age 25, Miller was overseeing anywhere from 15 to 50 employees. The “normal” dream from her childhood — aspirations of career and financial status — were fulfilled.

But underneath the strong exterior of a robust professional life, Miller’s inner world was chaotic.

“My soul was eroding,” said Miller. “Among other issues, I’d put all my sense of self into my identity as an upwardly mobile professional woman, living far from Christ. And I had a raging alcohol problem to show for it.”

In 2011, Miller began working through 12-step alcohol recovery, which brought her to acute awareness of the internal spiritual wounds she held. In the recovery process, Miller knew God was spurring her on to step away from the media business, and he used 1 Thessalonians 4:11 as part of that process. She surrendered her former dependence on career and position and found her identity in Jesus as she started over in life — working in a factory managed by a former high school classmate.

In that environment, Miller found the more she pursued Christ, the more she saw his redemptive and restorative presence in her relationship with work, self-worth and sense of everyday vocation as a Christ follower.

Plus, she specifically experienced God’s hand in shaping her and loving her along a path that included an increasing influence in the workplace.

“Over the next several years, I moved through production to quality to process improvement to technical writing to services coordination to training to supervising,” said Miller. Along the way, Miller began to have a sense God leading her to seminary.

Having recently completed a degree in communications, the thought of moving on to ministerial training felt nonsensical to Miller — not just because of the financial and scheduling impact (though those were real obstacles), but also because of who she was, where she came from and where she was in her faith at that time.

“I would’ve been the first one to disqualify myself from serving in ministry,” said Miller. “I was pretty early in my faith, working on the production floor, wondering, ‘How does my own life look as a believer?’ But I remember somebody coming up to me one day and spilling all this stuff about relationship problems,” said Miller.

“This person said, ‘I knew I could talk to you; you don’t go around talking about other people,’” said Miller. “I started to realize then that it’s so easy to influence a workplace. Sometimes all it takes is to let someone see something different. Early in faith, it was less about what I’m doing at work and more about what I’m not doing at work that was being noticed. Not gossiping, not swearing, not showing up late or hung over. These things stand out in a workplace where curse words are used like punctuation.”

After a conversation with her then fiancé, Jeff, and the pastors of GracePoint Church in Brookings, South Dakota, Miller embarked on a biblical studies degree from Indiana Wesleyan University (IWU) while still working full time.

After completing that degree and additional requirements for licensed ministry, GracePoint hired Miller to serve as a pastor of hospitality and local outreach. Miller’s previous work experience and skills (in communications, event planning, writing, community collaboration, customer service and conversations with people who think church is irrelevant [as she once did]) have come together into her ministry at GracePoint.

Today, Miller and her husband work together to build a new normal — a workplace that creates a connection point for employees and customers alike. In the process, employees have shared some of their deepest longings and losses with them.

“We’ve been able to walk with employees through the real things of their lives, and that’s been a gift,” said Miller. “Recently, we had a disciplinary conversation with one of our employees, and while the conversation wasn’t fun, the employee left saying it was the first time they felt treated like a human in a conversation like that. That changes everything in those moments.”

Because Miller does the weekly schedule, she often hears about the practical obstacles in people’s lives (transportation issues, doctor appointments, family challenges), all of which provide fresh opportunities for empathy and openness.

“Some time ago, an employee put in a request for time off — and when we waited to hear why she couldn’t be at work, she shared how she had a rough family background and needed to be in court that day,” said Miller. “I commented how I had a rough family background too. Next thing you know, we’re talking about forgiveness and grace and healing, when we could have easily just left it at ‘I need Monday off.’ That one reopened my eyes to the inroads to the gospel that are there, if we have ears to hear and are willing to tune into those conversations.”

For those wondering how their presence in the workplace might be a catalyst for spiritual formation, Miller said it can be as simple as creating space to hear others’ stories and share how God has intersected with yours. She shared a quote from John Wesley that has animated her own workplace witness.

“You may not, indeed, deny the work of God; but speak of it when you are called thereto, in the most inoffensive manner possible. Avoid all magnificent, pompous words; indeed, you need give it no general name; neither perfection, sanctification, the second blessing nor the having-attained. Rather speak of the particulars which God has wrought for you. You may say, ‘At such a time, I felt a change which I am not able to express, and since that time, I have not felt pride, or self-will, or anger, or unbelief; nor any thing but a fullness of love to God and to mankind.’ And answer any other plain question that is asked with modesty and simplicity.”