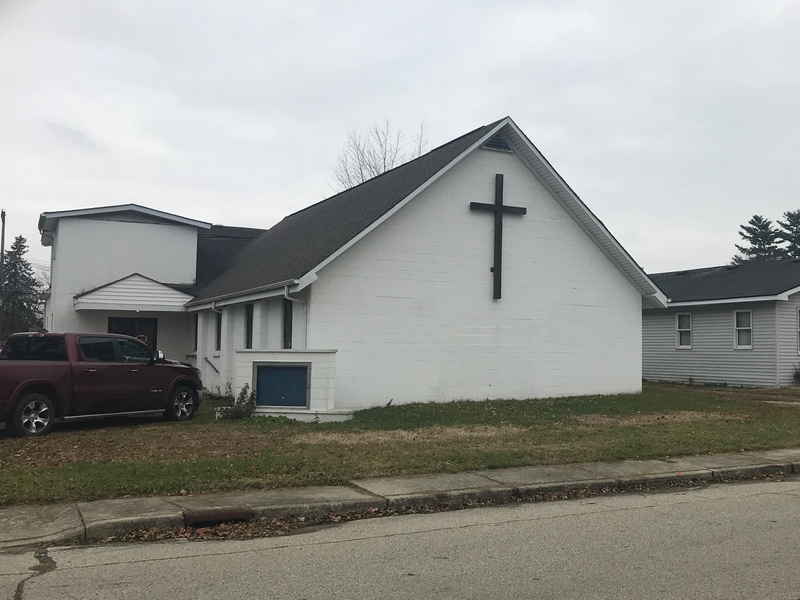 As the case in all the towns across southern Indiana, there is still a multitude of people who need to know Jesus.

Pastor Jones and a couple of local board of administration members traveled to Edinburgh to assess the property. Following their trip, they reported that they did not feel led to do so.

“Everything was in such disarray and in bad shape,” said Pastor Jones. “My eyes were focused more on the difficult work of repairing and remodeling than it was on the community. I saw the community through my weakness and not Christ’s strength.”

I could understand their decision because of the property’s condition.

The Indiana South District board of administration (DBA) decided to sell the property. Once it went on the market, I was contacted about interest in purchasing the property. It looked like it was a done deal in that the prospective buyer signed a purchase agreement.

However, in time, this purchase fell through. We tried everything to complete the deal but to no avail. We were frustrated as we were so close to moving the property but could not get across the finish line.

Looking back now, I understand why the property did not sell. God had something else in mind for that church building. After we initially couldn’t sell the property, we still wanted to keep the grass mowed to interest other potential buyers. We tried to get several people to mow the grass, including professionals, but could not find anyone. Someone from FWC offered to mow it, but when they could not make it, Pastor Jones and his son did the mowing. (This was all part of God’s plan too.)

As Pastor Jones mowed the lawn, God spoke to him. “I began to see the community through God’s eyes. The homes in the area really aren’t that bad. Lots of young families with children and some older people live there. It’s really a nice blend of a community. God put the burden on my heart for these people and for His church,” said Pastor Jones. He realized the potential of the Edinburgh church; it was surrounded by houses and their residents. As the case in all the towns across southern Indiana, there is still a multitude of people who need to know Jesus.

Pastor Jones called me after he completed the mowing and asked if the property had sold yet. I told him about the signed purchase agreement but that we could not finish the sale. He then shared how God was talking to him and wondered if we could hold off on selling the property, because he wanted to discuss this ministry opportunity again with his church.

The Edinburgh property is also special to Paul*, who attended the former Edinburgh church prior to closing. A former alcoholic, Paul placed his faith in Christ decades ago while attending the church. When the church closed, Paul would sit in the parking lot and pray that God would do something new at his previous church. Then he asked for a key to the church where he could go inside to pray. Things began to fall into place after this for the new church plant to start. We have no doubt that Paul’s faithful prayers had a hand in this.

Soon afterward, the FWC board voted unanimously to plant a church in Edinburgh. The district is providing support through presence, prayer and finances.

The process is underway for this new Wesleyan church to be launched as a satellite church. Within a few years, we hope it is self-sustaining. Pastor Jones and others look forward to having an impact in this small Indiana town, as they fulfill the Great Commission and have a transforming presence in the 46124 ZIP code.