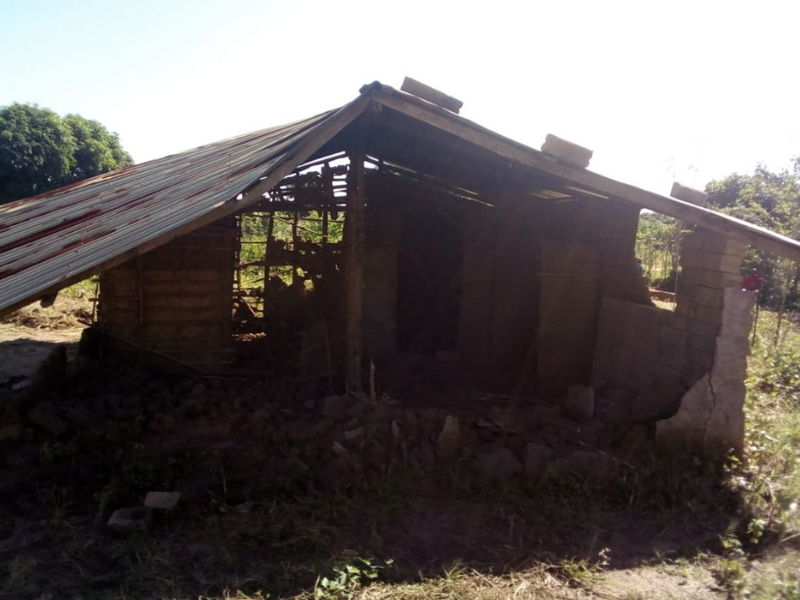 Twenty churches and communities in Mozambique have been impacted so far by donations for Cyclone Idai. The cyclone hit the country March 19 and caused widespread devastation. Then, on April 25, Cyclone Kenneth bombarded the northern part of the country, leaving more devastation in its wake. It was even stronger than Idai, but the areas hit are less populated. Four Wesleyan churches in the north were affected by Cyclone Kenneth.

Because of the generosity of Wesleyans through the Wesleyan Emergency Relief Fund (WERF), transport was provided for eight tons of clothing donated by Mozambicans to be distributed in seven communities. Bus fare and dozens of medicines were provided for Pastor Dr. Ruth to make biweekly visits to rural areas where clinics were destroyed. She and a nurse sometimes treat 72 patients in a visit.

“Thank you for hearing my cry for these hurting people,” said Ruth. More than $96,700 has been raised through WERF to assist Mozambicans.

Over 700 families (4,200 people) received food assistance in April. Pastor Mohammed said, “People have just been eating the wet produce left in their gardens after the flood.” Filters and 288 water purification bottles have been distributed because of contaminated water, which is still a problem in several communities. The people are so grateful for the assistance as dysentery and cholera were becoming big problems.

Donations are also helping 10 cement block churches rebuild in Beira and Chimoio. In some cases, foundations had to be strengthened and stronger rebar (steel rods) used so the buildings will be more secure against future bad weather. At least one church has already rebuilt up to the top edge of the windows. Several rural churches in Zambezia have been able to buy plastic sheeting to replace thatched roofs. One pastor has been given zinc sheeting to repair his roof. He had been sleeping on the floor in the church for the last month as his house had no roof. Twenty-one pastors in the cyclone-hit areas are receiving a three-month stipend to help them provide for their families while they focus on ministering to needy people in their communities.

One hundred percent of WERF donations are being used to help Mozambicans recover and rebuild after the disastrous cyclones. Wesleyans are asked to keep praying as relief and rebuilding efforts will be ongoing for some time.

Karen Pickett and her husband, James, serve as Global Partners missionaries in Mozambique.