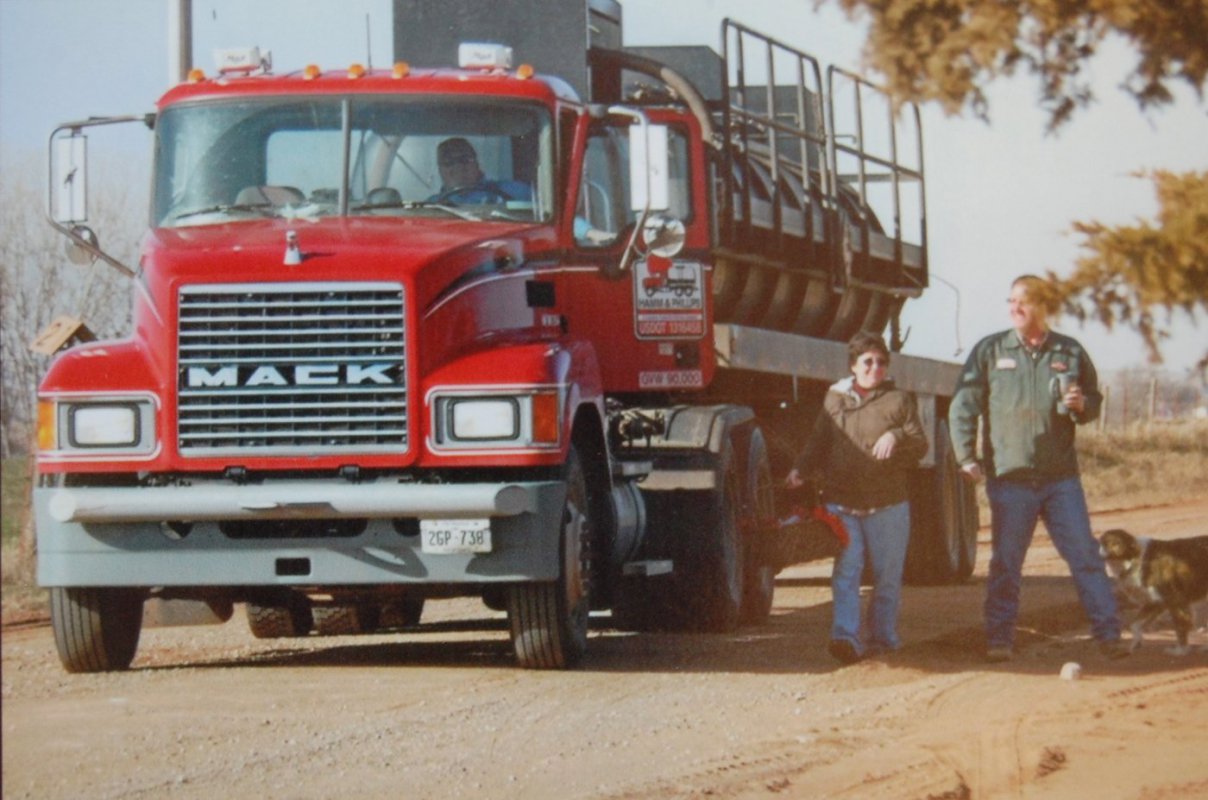 A Wesleyan church with a record attendance of only 46 is touching the lives of thousands of people.

A Wesleyan church with a record attendance of only 46 is touching the lives of thousands of people.

It began with dust, noise, and more dust!  Pastor Harold Henson and his wife, Angie, prayed about the problem. On the gravel road serving Cedar Grove Wesleyan Church and their parsonage in northwest Oklahoma, semis constantly roared past, leaving thick layers of dust and frustration behind. It wasn’t always like this. Two years ago, almost no vehicles would be seen all day. That’s because there are literally only five homes to be found within five miles, and it is nineteen miles to Alva, the nearest town. Indeed, it used to be nice and quiet.

When oil wells and pipelines began springing up all around them, the big trucks came. Now up to twenty semis go by every hour. Rev. Henson and the church people were greatly annoyed, but the Lord seemed to say to him, “Maybe if you offered a glass of cold water, some of them would slow down and stop.”

What if this was actually a ministry opportunity?  Not everyone in the church liked the idea at first. The truckers and oil rig workers had a reputation as a rough crowd. But in August, 2011, members began making muffins and brownies, lemonade and coffee. They began standing by the road in the dust and heat, one day each week.

At first very few trucks would even stop. Those who did were rather surprised. The truckers felt disliked by the locals. But word of their kindness began to get around. Now over 200 items are handed out in one day.

But it’s not just about muffins. Yes, the truckers get a drink and a treat, but they also get a sack with Scripture, an offer of prayer, and contact information.

Margaret Thompson and other laypeople in the church are enthusiastically giving leadership, too. Now truckers’ heads are seen bowing in prayer by the side of the road and all kinds of prayer requests are taken to the church. Some have made contact and received counseling and other help over the phone. Some of the truckers are regulars and have become friends. In the first year, over 2,200 people have been touched by this ministry, and the church people are also visiting the oil rigs and meeting the workers who don’t come by in trucks.

Visitors to Cedar Grove Wesleyan have remarked that these are the kindest people they have met anywhere. Why did God preserve a little church with a gospel witness in this isolated place?  If anyone wondered, they are beginning to see the answer.