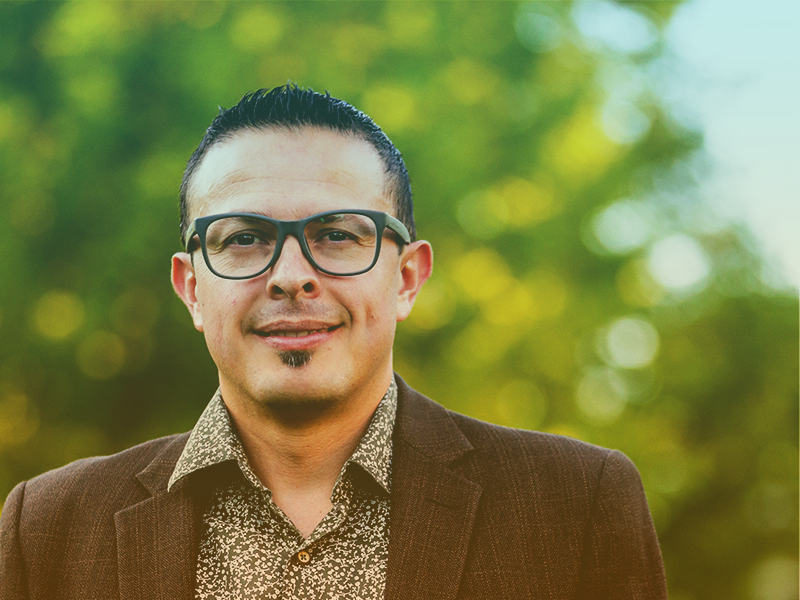 My journey as a stranger

I knew at that moment I was a stranger who did not love or welcome strangers, or better said, one who selectively loved.

To the churches that do not consider themselves to be in the dispersion or have not experienced exile, along with those elders and ministers that live in what they call their native land. Grace to you and peace from Jesus, Messiah and Lord.

I am a migrant: an emigrant to those in the place I once left and an immigrant to those in the place where I now live. Neither perspective fully defines me, yet both have been important in shaping who I am. I was born in Colombia, a country almost as enchanted as what I imagine Eden to be. I grew up lacking nothing, surrounded by love, in one of the many places I still call home. My father and mother, one a pediatrician and the other a speech language pathologist, were nurturing and committed parents. I went to private school all my life. It was there that I learned to be socialized in the subtle, elusive and unconsciously-engrained structures of classism. Classism is that demigod that many societies worship: offering as a sacrifice, the humanity of those who supposedly belong in another class. I was not aware of my prejudice. I went to a church that fit my social class. It was pastored by inspiring missionaries.

I had an encounter with Jesus at a young age. He came and forgave my sins, but he did not heal my bias. Even so, I was drawn to the idea of being in ministry. Back then, I don’t believe there were accredited protestant seminaries in the country, only Catholic ones. I came to the United States to go to a Protestant seminary. I must pause here to say that I did not come to the U.S. in search of the promised land. I sure love this country, but there are many misconceptions about why people migrate. I was once reminded that Israel did not go to Egypt because it was the promised land, but because there was famine in their own land. Ironically, I had never gone hungry before, until I came to the United States.

I knew that I was a stranger the moment the immigration agent asked for my “alien” number, and when, without asking for permission, he removed the letter “ñ” from my last name. “The system does not allow for strange characters,” he said. I knew he was alluding to “la tilde,” the mark on the letter “n,” but he might as well could have been referring to me. I had not even entered the country, and I had already discovered systems unfriendly to “characters,” like me.

I lived with a ministry couple, Rich and Debbie, who had recently made a move across the U.S. to plant a church. They were as kind as the missionaries I had known back in Colombia; they loved me like a son and made me feel at home. Perhaps the fact that we all had relocated at the same time made our connection so strong.

After my graduation, I went to serve at a church in Los Angeles. I lived with Ruby and Walter, a couple from Guatemala and Nicaragua/Panamá. They, too, loved me like a son. They, too, made me feel at home.

The congregation where I served was a Spanish-speaking ministry. God did great things in that place, but it was also there where I saw immigrant Christian leaders mistreating other immigrants. I wanted to defend the ones being mistreated, but it was there that I realized that I belonged among the abusers. I had not seen it before. I, too, undermined some people based on their place of origin, their social status, the way they talked. My own prejudice and classism had traveled with me. There is no way of stopping human bias at any border.

Looking at the prejudice of Christian leaders made me realize that I was staring in the mirror. There was something wrong with me. I had to repent and lament. I knew at that moment I was a stranger that did not love or welcome strangers, or better said, one who selectively loved. I could hear Jesus —who, by the way, still speaks with an accent— saying: “when I was a stranger (foreigner or sojourner), you did not welcome me” (Matthew 25:43, paraphrased).

There is something worse than a Christian who does not welcome strangers —but only by a little— that is, an immigrant Christian who does not welcome immigrants. For it is written: “you shall not oppress an immigrant; you know the heart of an immigrant” (Exodus 23:9, paraphrased). The truth is that the greatest commandment, to love God, must be accompanied by the love of the stranger (exemplified in the way the Samaritan cared for the Jew). It’s the fulfillment of the law, apostle Paul said. If there was ever a sanctifying moment in my life, it was when I was confronted with the fact that I didn’t truly love those whom Jesus loves, the way he does.

I have seen that old demigod wandering around. I know it is the same creature I used to feed, although, at times, it wears the mask called racism.

But I have also seen God. He rules the earth and travels without a visa. He is not the God of a territory; “the earth is the Lord’s and all that is within it” (Psalm 24:1). He is the God of the scattered ones. He walks among the caravans of landless people. He stays with children as they get separated from their parents. He hates systemic injustice.

I am grateful that The Wesleyan Church has valiantly loved immigrants through the work of Immigrant Connection. Many local churches are exemplifying Jesus’ radical love. I pray that the Wesleyan family would continue to embrace and welcome immigrants, because, like many other times in my journey, I feel at home. May our movement be characterized by a love like that of Rich and Debbie, Walter and Ruby and many others who make:

Immigrant Connection is a ministry of The Wesleyan Church that assists local churches in connecting with immigrants. On August 18, Immigrant Connection will host Welcome 2020, a free and live web conference that will help equip individuals and churches to learn “their own first step or next step on the welcome journey” of immigrants.

Dr. Luigi Peñaranda is a bilingual professor at Wesley Seminary who specializes in biblical studies and leadership studies.