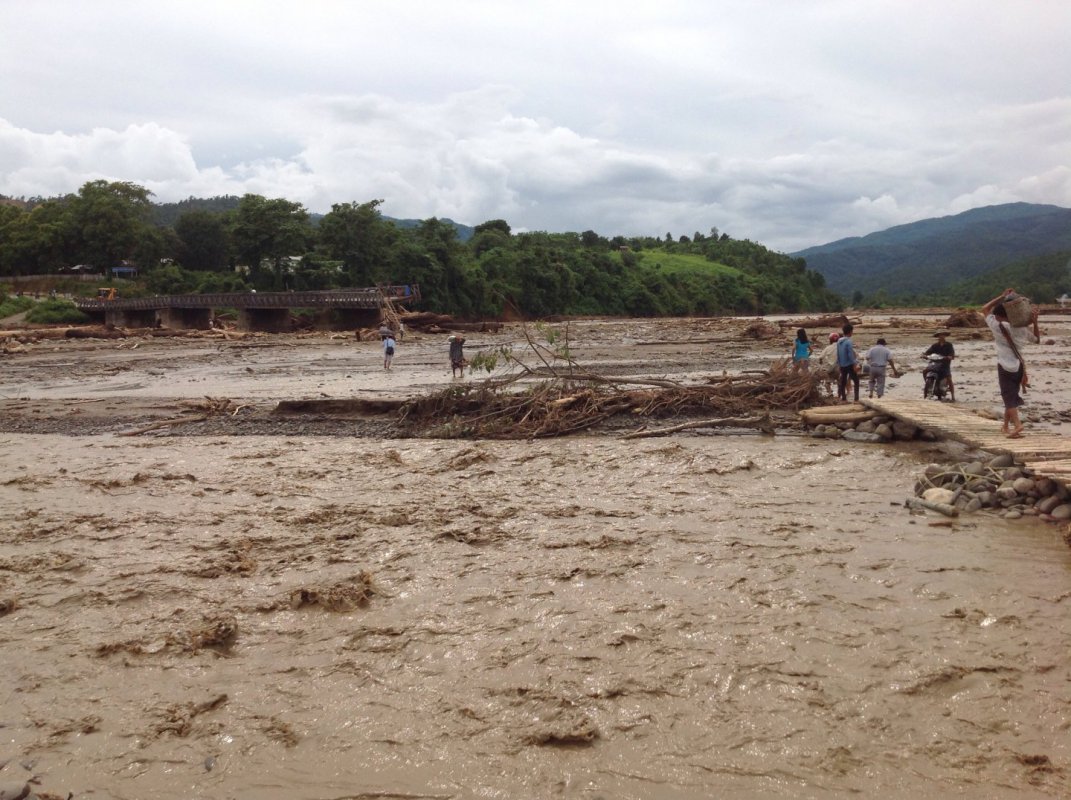 One of our national church leaders in Myanmar reports that Christians are being discriminated against by the authorities. He mentioned two villages specifically (names withheld to avoid retribution). The entire villages were covered in deep water and mud and now people are trying to rebuild and restore. Some Christian families are being turned away from government food and other resources because of their Christian faith. One widow with two children was told she could receive aid only if she would abandon her Christian faith.

Reports suggest this is happening in other places as well. Local churches are doing what they can, but almost everyone is suffering in these areas. The Wesleyan Emergency Relief Fund exists to give help where no other help is available in these situations.

Cyclone Komen contributed to month-long torrential rains that resulted in the second worst flooding disaster in the history of the nation. 1.3 million people are affected. The area of our 55 Wesleyan churches of the Chin ethnic group (10,000 church members) is in one of the worst disaster regions.

In many rural villages, rainwater ponds are used to store water for the dry season. The flooding has contaminated over a thousand of these ponds and made them unusable, and contaminated drinking water and resulting disease is a serious problem. The disaster is so severe that there will be no agricultural crops this year in these areas. Both emergency and long term food supplies will be needed. The ability to respond is beyond the reach of local resources.

In Haka, the capital of the Chin State, most areas of the city experienced catastrophic landslides which will likely result in the relocation of the city. Twenty-one bridges are out of service there. In Chin and Sagaing States, where the Wesleyan churches are, there were thousands of homes damaged or destroyed and at least eight refugee camps have been set up by the government.

A few Wesleyan churches in the main towns are large and on high ground, but many of the churches in the villages are house-sized and have been greatly affected by the flooding.

In the drinking water crisis, the national church was able to aid one local church with $400 toward the $500 needed to repair a well so that the water source is now safe for the community.

The Myanmar Wesleyan Church has been self-sustaining financially, but this situation calls for global compassion. In 2013, the national church constructed the ground floor of the national office and meeting hall on their own. They had hopes of completing the upper/top level by 2016 and had raised funds for that purpose. According to Wesleyan Asia Director Romy Caringal, the national Wesleyan leaders placed the immediate needs of people ahead of their building plans, and have unselfishly used funds on hand to help with food distribution to flood victims in their communities.

Even in the capital city of Yangon, benefit concerts (called sing-songs) by Wesleyan Youth, and other efforts are being made to raise emergency relief funds locally. Everyone is doing what they can.

If you feel led to assist:

Give through the Wesleyan Emergency Relief Fund where 100% of the gift goes to provide assistance to the victims.