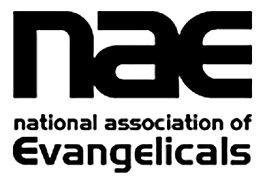 The National Association of Evangelicals (NAE) regrets President Obama’s decision, announced this week, to omit an exemption for religious organizations in his executive order requiring federal contractors to add sexual orientation and gender identity as protected categories in their employment policies.

“The President missed an opportunity to lead the nation toward greater tolerance and social harmony by respecting diverse viewpoints on divisive issues,” NAE President Leith Anderson said. “Religious groups that have longstanding and principled positions should be allowed to compete for federal contracts on an equal basis.”

As federal contractors, religious organizations provide overseas relief and development services in partnership with USAID, services on contract with the Bureau of Prisons, and research, technical assistance and other services for other federal departments and agencies. These organizations are often the best-qualified applicants for federal contracts or subcontracts. It is counterproductive to bar them from offering their services due to their religious convictions.

Last month President Obama announced his intentions to issue an executive order that would prohibit federal contractors from considering sexual orientation or gender identity in hiring decisions. The NAE met with White House officials to provide input, and leaders from a long list of organizations and denominations signed a letter to the president [including a signature from Dr. Jo Anne Lyon, General Superintendent of The Wesleyan Church] asking for robust religious freedom protections in any executive order. Another letter asked for similar protections. However, the president failed to include either group’s recommendations in the order issued today.

“Our entire society suffers when our government discriminates against religious groups and loses access to their services. Instead of bringing us together, the president’s actions today sow the seeds for continued polarization,” Anderson said.