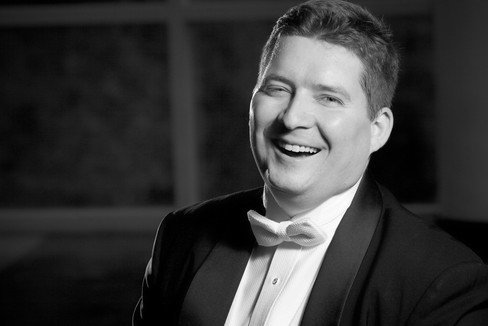 The National Christian Honor Band (NCHB), sponsored in part by Houghton College, has recently been accepted as one of only four bands to perform at the Kennedy Center.

The National Christian Honor Band (NCHB), sponsored in part by Houghton College, has recently been accepted as one of only four bands to perform at the John F. Kennedy Center for the Performing Arts in Washington D.C. for the May 2015 National Sousa Festival.

The NCHB will be comprised of the Houghton Symphonic Wind Ensemble as the core group, along with invited Houghton alumni players, faculty musicians, community musicians, players from other colleges, and Christian high school student musicians.

“Houghton College Greatbatch School of Music is proud to sponsor and be the anchor band for the NCHB,” said Dr. Justin Davis, Houghton’s director of instrumental activities and NCHB conductor. “Members . . . are able to actively honor our Creator and the gifts that Christ bestows on all musicians through our performance.”

The planning for this event is being directed, envisioned, and carried out by the Instrumental Music Department within the Greatbatch School. Music Celebrations International (MCI), the host of the festival, is acting as the tour planning and managing agency for the NCHB and all other groups performing.