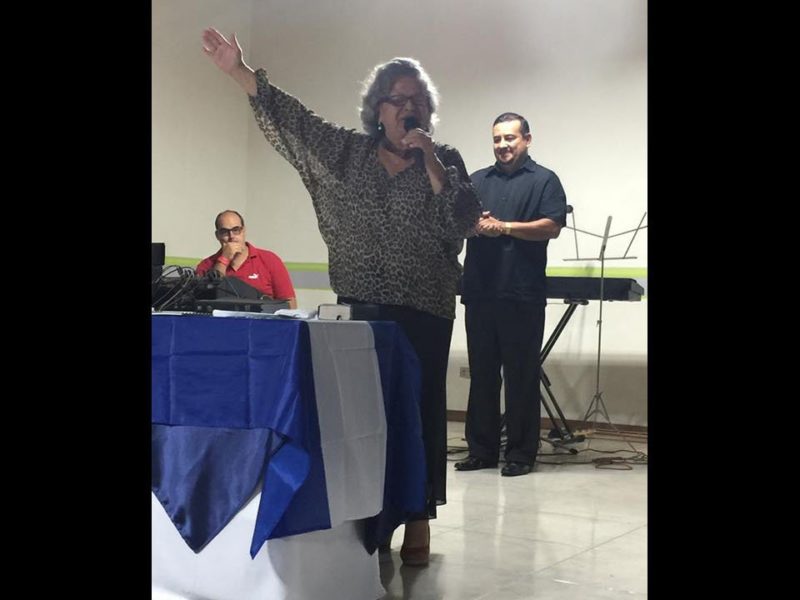 Maria Julio Urebe, from El Salvador, traveled two years ago with her grown son to Honduras to encourage the Wesleyan pastors there. Upon arrival they found one of the pastors had resigned and left no one to lead the small church. Maria looked at her son and said, “Many years ago God called me to pastor but I never had the opportunity. So I am staying and pastoring this church.”

She did not even return with her son. She stayed and the church gave her clothes, pots and pans, a place to live. After two years of ministry there, the church is now flourishing. Also, they are changing their community. Maria and the church hold regular services in one of the most violent public parks in the city. Even seemingly hopeless drug addicts are being “made new.” Feared gang members are seeing things happen that are beyond their understanding, but they recognize that it is good. They have asked her to keep having church in the park. They have promised that she will be protected.

By the way, Maria is seventy-one years of age.