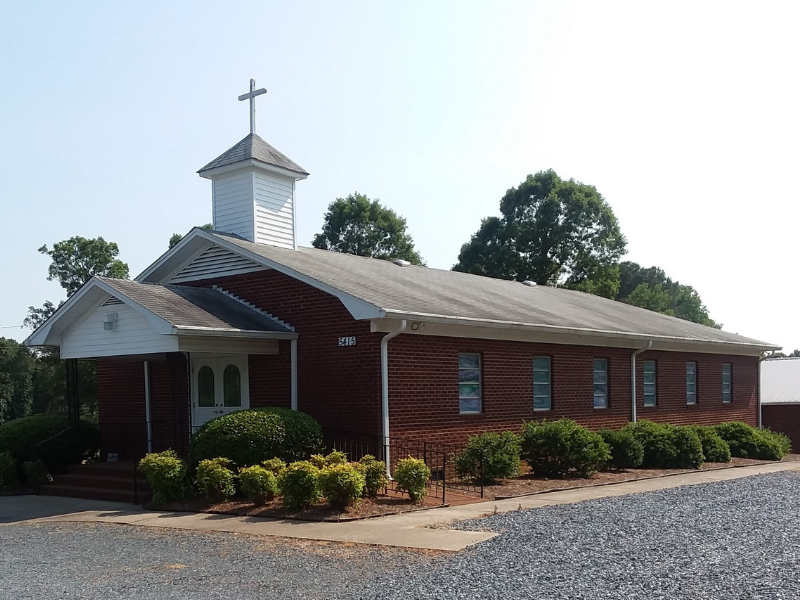 Hoovers Grove Wesleyan Church celebrates a milestone anniversary with a look back at its unique and rich history.

Hoovers Grove Wesleyan Church of Denton, North Carolina, celebrated its 140th anniversary on June 2. It was founded as a preaching point* for the Wesleyan Methodist Church and became a part of the North Carolina Conference.

Eighty-seventy people attended the anniversary celebration, which included a service followed by a potluck meal, a bluegrass concert with the Stills Family Singers and presentation of an anniversary quilt made by women in the congregation. 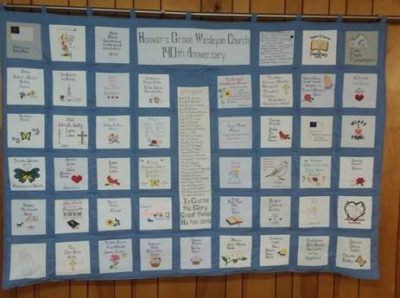 The circumstances surrounding the formation of the church and the donation of the property it sits on are both intriguing and sad. Adam Hoover, a distant relative of President Herbert Hoover, lost a grandson to diphtheria in September of 1879. He promised his daughter, the boy’s mother, that if she would bury his grandson on his land, he would build a church there.

Later that same year, Rev. David Linville arrived in Colfax, North Carolina, from Indiana. He held revival services in the Jackson Creek area. Since the church was still being built, the people of the community set up slats of wood to form an arbor that was then used as a preaching point by the Wesleyan Methodist Church.

When the church building was finished, the land was donated as promised so, “All true worshipers of Almighty God shall have the privilege to hold divine worship at said church when not occupied by the Wesleyans.”

Until 1909, this church was ministered to by the traveling preachers of the North Carolina Conference. (Hoovers Grove is now part of the North Carolina East District.) Then, in 1909, Rev. E.W. Jones was designated as the pastor of the church. Now, 30 pastors later, Rev. Alvin F. Wooters serves as pastor and continues to preach God’s Word to the congregation.

“God has also blessed our church with evangelists and missionaries who have faithfully preached the Word of God to all who would hear the call of God,” said Wooters. “We are honored and blessed to continue the gospel-centered work that began those 140 years ago.”

“Preaching point” was a designation given to church locations that was to be supplied what the districts would call a traveling preacher. At that time HGWMC was so small it could not have a full-time pastor. The church also had no building, only a “brush arbor” style clearing in the woods.