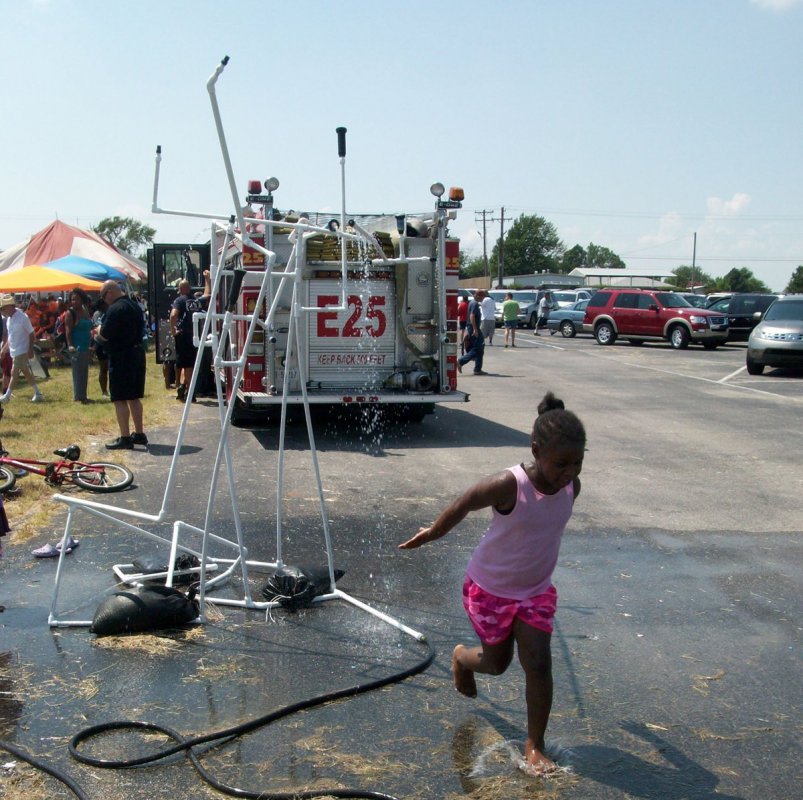 Approximately 1,500 people from Moore, Okla., and the surrounding area attended a recent block party hosted by several local churches. May Avenue Wesleyan Church, the church that I pastor, was one of the host churches where community members enjoyed food, activities, and giveaways after a difficult summer.

May Avenue Wesleyan Church acted as a staging ground for three months after two devastating tornadoes ripped through Oklahoma City and its suburbs. We’ve all seen the footage of the carnage left by the devastating tornadoes which rocked communities in six Oklahoma counties. And we’ve also seen the relief work and concerts to raise money to help with the recovery effort. But now the cameras have moved on, the teams are all back home, and many houses have been demoed. What lies in the aftermath of these vacant lots?

After nearly three months, our church received many supplies from so many places, which we distributed to homeowners who’d lost everything. Over 300 quilts and blankets from Minnesota were given away. Specially made pillowcases from Indiana found new homes. Supplies, toys, and toiletries arrived from South Carolina and Illinois.

Hundreds of backpacks with school supplies and thousands of boxes of food were given out at the block party to needy families from a partnering church. Happy kids with painted faces and big smiles ran, played games, ate, and enjoyed running through a sprinkler. People stopped at each church display, and relationships were established. Homeowners who’d received assistance from Poured-Out (disaster relief team) or who had been affected by the tornado received $25 gift cards to various stores, thanks to Fellowship of Believers, an independent church in Langley, Okla.

In the midst of all this, a growing network of pastors of all denominational stripes wanted to do something together for our community and those we’d helped in Moore. This partnership includes two Wesleyan churches, three independent churches, Southern Baptist church, and Lutheran church. On August 17 around 40 volunteers from several congregations assembled to stuff plastic bags with information about each church to present to families who attended the block party we hosted. We knocked on doors in the neighborhood and invited people to come, enjoying fellowship together over lunch.

Signs were posted on the corner of SW 59th & May Ave where the block party would take place. People from the neighborhood were buzzing about it. Invitations were passed out at a local elementary school. When the day came, I met with two pastors early in the morning for a prayer walk. We knew the day would be a great one.

In all, seven churches combined their resources to host the block party. It is thrilling to see the body of Christ unite, especially through troubled times. We are now in the process of contacting the unchurched people who came and praying that each congregation will see positive numerical and spiritual growth as a result of this outreach effort. We pray these new relationships will result in salvations, baptisms, membership, and calls to ministry. The end of the tornado relief work is really just the beginning for those of us who live here. We’ve met physical needs and have used that as an open door to begin meeting others’ spiritual needs.

Along with the block party, more than 100 people attended a dinner that same week coordinated by Poured-Out staff for homeowners and volunteers. Homeowners left with grateful, joyful hearts and trunks full of supplies and food.

With the immediate response for the tornado complete, ours now is the task of uniting to meet continuous needs of those who have lost so much. The work of long-term recovery is only just beginning. But we are learning that the seemingly daunting task is attainable if we work only as one body.

While the aftermath of the Oklahoma tornadoes included churches partnering to generously help victims, the same service and relationships can be established in times and places of other disasters. Working together as one body can bring hope and healing to victims of any tragedy. People simply need to be willing and ready to assist. 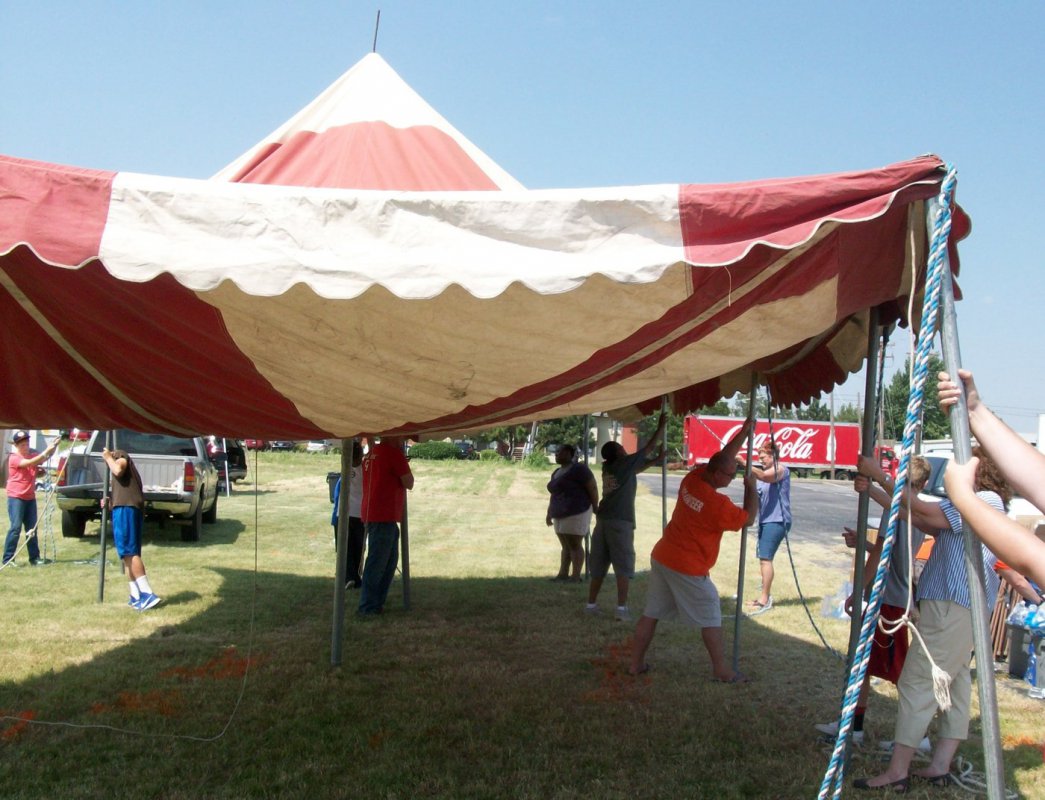 Setting up the tent for the block party.