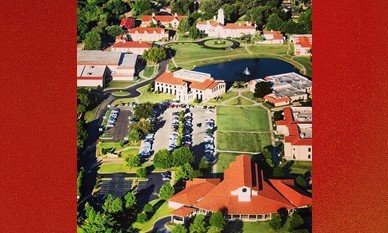 Oklahoma Wesleyan University ceremonially burned its “mortgage” to signify that it had emerged totally debt-free.

Recently, Oklahoma Wesleyan University ceremonially burned its “mortgage” to signify that it had emerged totally debt-free. This is especially remarkable, because as recently as 2002, the university had over $7 million in debt, and that represented over 80 percent of the annual budget at that time. In the years since then, the university has grown and now has reached the enviable position of eliminating all debt!

It did not achieve this status through extreme austerity. OKWU has constructed multiple new buildings on its beautiful Bartlesville campus in the past decade to serve a student population which has nearly doubled during that time.

The school did not become debt-free through the government dole, or even through the tuition and fees that it charges. OKWU President Dr. Everett Piper is quick to point out that tuition does not even cover all expenses. While state universities get tax dollars to make up the difference, OKWU and other private schools like it must rely on the generosity of its many donors.

Some of the good friends of the university have provided gifts in the millions. That does not happen unless the institution has shown a track record of fiscal responsibility and commitment to excellence. Its relatively small size is not in proportion to its burgeoning national reputation.

OKWU remains uncompromising in its mission. It boldly proclaims its “unapologetic commitment to the truth of Christ and the truth of Scripture.”

As President Everett Piper states, “We get hundreds of people who believe that a Christian university education is important and so give sacrificially to make sure OKWU can exist. We are blessed and thankful to be in a position to ensure we are around for years and years to come.”