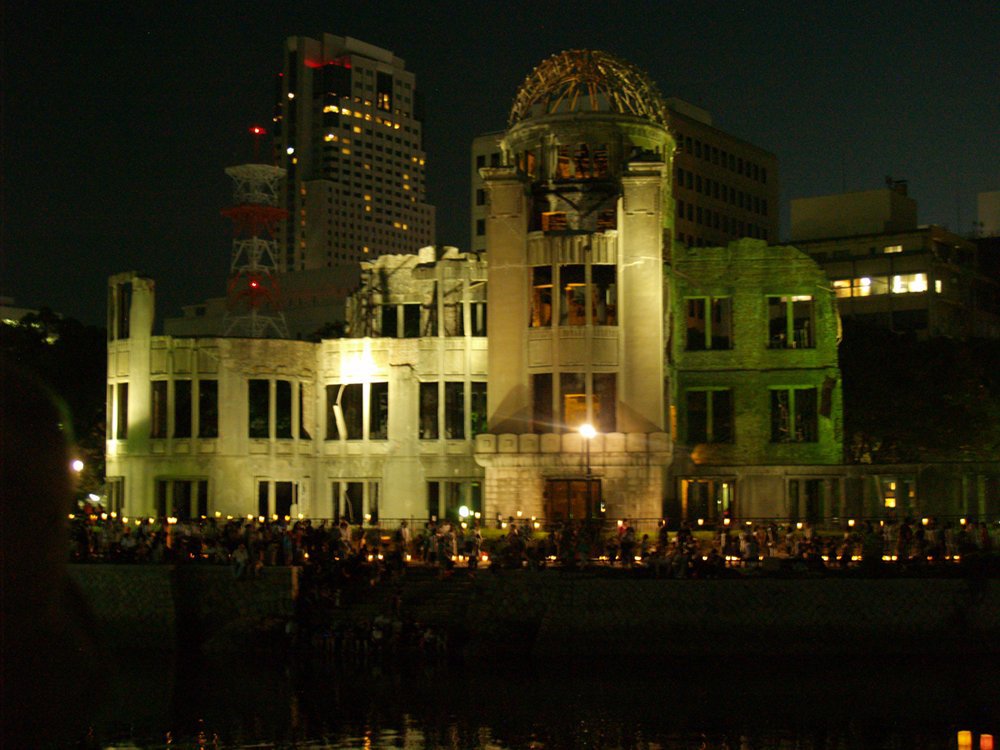 OKWU professors travel to Japan for Hiroshima and Nagasaki anniversary

​Two Oklahoma Wesleyan University professors, Dr. Brian Turner and Dr. Darek Jarmola, were invited to travel to Japan with the 68th anniversary of the Hiroshima and Nagasaki bombings.

Two Oklahoma Wesleyan University professors, Dr. Brian Turner and Dr. Darek Jarmola, were invited to travel to Japan with The Council for Christian Colleges & Universities (CCU) for the 68th anniversary of Hiroshima and Nagasaki’s bombing in August. Only twenty professors were selected to travel to the “Nuclear Weapons and Our Globalizing Century: A Multidisciplinary Challenge for the Christian Academy”event. This ten-day event addressed the issue “How should Christians contend with the continuing questions surrounding the Nuclear Age in which we live?”

Participants had the opportunity to witness Japan’s peace culture and meet with Japan’s public officials, church leaders, educators, and Japanese citizens at the events held in Hiroshima and Nagasaki. The professors were able to tour the radiation research center, and visit with 12 Hibakusha (survivors of the bombs) and hear their stories.

Many of the Hibakusha are strongly committed to telling their stories and promoting peace. As the only country that has ever experienced an atomic bomb, the survivors feel like it is their duty to show the world the detriment of nuclear warfare. The stories of the horrors of atomic bombs are passed on to each generation, and each generation has taken up the banner of peace, establishing what is called “The Peace Culture” of Japan.

On the anniversary of the bombings each year, Japan holds a ceremony, which is both a solemn and joyful cultural event. People of all ages from all over Japan journey annually to the site. This year, for the 68th anniversary, 50,000 people gathered in Hiroshima Peace Memorial Park near the epicenter of the 1945 blast that killed up to 140,000 people.

The professors of many different disciplines on the CCU trip were able to find meaning during the anniversary ceremony. Because the bombing can be examined from many different angles–politics, history, economics, religion, and science–the professors will be able to incorporate the study of this time into their course work.

Dr. Jarmola, of OKWU’s School of Religion and Philosophy, intends to incorporate books of the Habakusha’s stories into his course on human suffering. Dr. Turner, of the School of Arts and Sciences, is looking forward to discussing the event in his science classes. “I am a physicist, so nuclear energy is something I am interested in. Really, I have been drawn to this story as long as I have studied physics,” he said. “I use it in every class. It’s a tremendous science story because of the discoveries, but also because of the human suffering. It’s a moral issue too. This is a coin that has the best and the worst on both sides of it.”

Both professors are looking forward to sharing their experiences with their students. Teaching about the atomic bombs will give the students a chance to examine the history and also to analyze the possibilities for the future. It was a life changing trip for me,” says Dr. Turner. “I think everyone should visit Hiroshima and Nagasaki. It’s the mirror you must pick up and look at. We have to look at ourselves and realize that we are capable of doing horrific things to each other as humans.”

One of the purposes of this trip was to equip the professors to be able to teach about suffering, nuclear disarmament, and worldwide peace, and also to prepare them to be able to take students on the same journey to Japan. Dr. Jarmola is currently working on putting together a trip to Japan for 2015.

In an interview with Christianity Today, Dr. Turner reflected on the trip. “Humanity’s face, meant to reflect the image of God, is badly scarred. It is our face, and we are accountable,” said Dr. Turner. “Yes, we eagerly await the lasting peace of heaven, where the Prince of Peace reigns. But in our time, we are called to do all we can to reflect that peace on earth.”