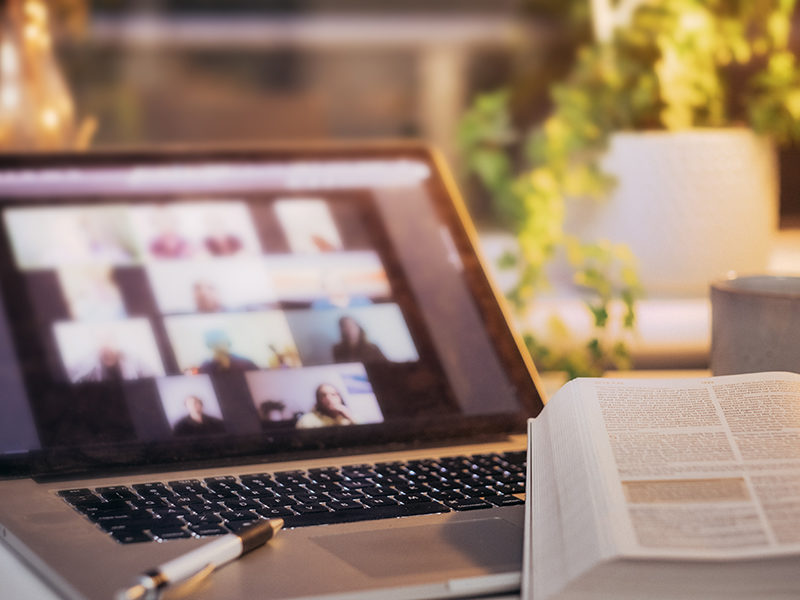 A single mother places her faith in Christ after watching church online.

Located in the small town of Presque Isle, Maine, Framework Church is transforming its community through the work of its online services and ministries, which have continued to evolve as a result of restrictions for COVID-19.

“COVID-19, as hard and challenging as it has been, has been a gift,” said Rev. Parker Davis, Next Gen pastor at Framework. “Our entire staff and board have realized that if we are to be an effective disciple-making church, we need to put more eggs into the basket of community.”

One such connection to people in the community began by building a relationship with a single mother, who had recently been able to escape an abusive relationship.

Seeking refuge at a local women’s shelter, Amanda* was encouraged to watch church online and found Framework. Through email conversations, Davis was able to minister to Amanda, and she gave her life to Christ, was baptized and had her two-year-old daughter dedicated.

She has since obtained a job at a local hospital. Using her new-found hope in Christ, Amanda hopes to bring encouragement to those around her. “The hope that Jesus has given to me, is the hope that I want to bring to those who are hopeless, like I once was,” she said.

Amanda isn’t the only person who has been able to grow spiritually through online platforms.

“I would say the level of connection and communication between the church and our congregants has drastically increased like night and day. Our reach has gone up I would say almost 1,000 percent in the last year,” Davis said. “A lot of that is due strictly to the fact that we’ve been leveraging social media more so we’re using it.”

Davis explains that Facebook Messenger and the comments section is continually “inundated with more needs and concerns” than what people would generally fill out on physical cards in church.

As a Next Gen pastor, though, Davis has seen how social media ministry has vastly improved his connection with some of the students that attend Framework.

“I find that the level of discipleship with students has massively increased because now it’s not like I see our students once Sunday night and maybe once every two weeks when I hang out with them. Now I have an ongoing relationship with the students every day because we’re interacting with them daily through social media, and they are interacting with us daily through social media,” Davis said. “And, so. if it weren’t for Instagram direct messages, some of the conversations that I’m having with students, I don’t think would ever happen.”

Davis has found that students are more willing to open up about deeply personal issues when they can first reach out privately through these social platforms.

“Whether I like it or not, social media is not just a front door for reaching new folks. The reach is far greater and far wider. But there’s also a level of depth that has come along with it, that I don’t think would happen if we were just trying to get people to come to the church by walking around town and inviting random folks or putting ads out on the radio,” Davis said.

Even as essential as media platforms have been in a year that has not allowed personal relationship, Davis recognizes the need for believers to stay connected.

“While social media isn’t real community, it is a way that allows people to be tied together,” Davis said. “I would say our community has been greatly strengthened this year because our students recognize the need for relationships, and I would say the same is true with Amanda. They need community, and we’re offering community.”

It is through the dedication to building essential communal relationships that Framework has been able to baptize six people since the fall of 2020, see eight students come to Christ for the first time and 16 students rededicate their lives to Christ.

“I was telling one of my best friends just last week that this year has been the hardest year of the last decade,” Davis said. “Yet while this year has felt like walking through a dark, hard valley, God has proven to be faithful and working in the midst of it all. This may have been the hardest year of my life, but reflecting back, it has been the most fruitful. That’s simply a testament to God’s goodness and faithfulness to be with us, preparing a table and feast in the midst of our enemies.”