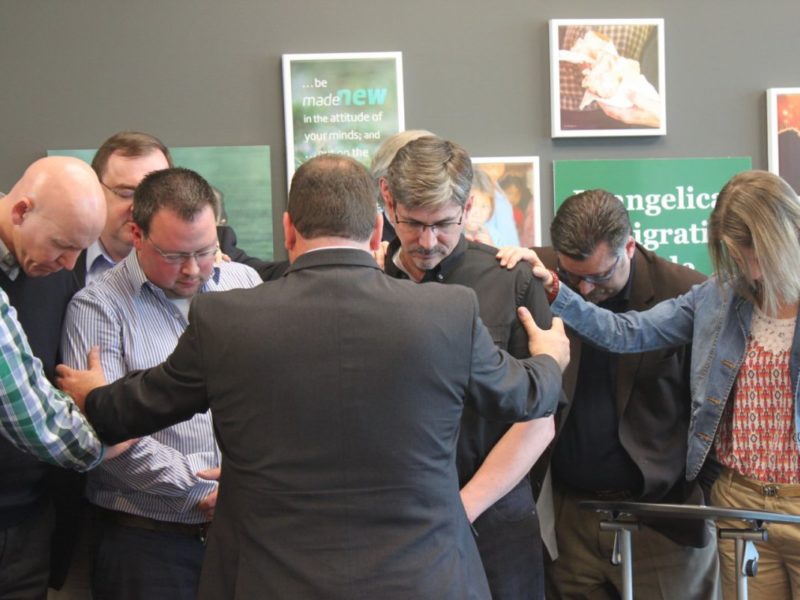 There are wide political differences of opinion on how the United States should address the current hot immigration issue. Almost everyone agrees that major changes in the system are needed.

The Wesleyan Church and many evangelical leaders prefer not to view the problem through a partisan political lens, but to seek “common sense” solutions that respond to the moral imperatives. It is complicated because the system has been broken for too many years and the problems have become enormous.

Hundreds of pastors from all across the nation have traveled to Washington, D.C. and are meeting with lawmakers today on Capitol Hill, taking part in “Pastors for Reform.” #Pray4Reform They are calling for Congress to act now, this year, because current policies aren’t treating eleven million undocumented immigrants – the size of Ohio – with the respect they deserve as human beings. This number has grown from three million to eleven million over the last thirty years for a variety of reasons.

Clearly, our borders need to be secured. But millions of individuals and families entered the country legally on short-term visas, and that was not a border issue. Many have tried to renew visas or gain legal status in the system, but have been left in limbo, especially children who were brought here by their parents. It is not a felony to be an undocumented person in the USA. In fact, it is not a criminal matter, per se; it is a civil matter, according to advocates.

On Friday, April 25, at Wesleyan Headquarters, a press conference was called and a forum was held to pray over and send off some area pastors who will be among the advocates in Washington this week. Several Wesleyan and evangelical leaders gave speeches supporting them. Those (pictured in gallery below) who rose to make formal statements in support of common sense reform were:

Pastor Zach Szmara, from Logansport, was one of those who volunteered to represent the issue in Washington. He mentioned that his grandparents were Polish immigrants, entering the U.S. in the 1940’s. Pastor Szmara understands that immigration is a complicated issue, but believes much of what is said and felt about undocumented immigrants may be transformed through knowledge and experience. Many will say “they (undocumented immigrants) should wait in line like the rest of us,” but under the current system there is no real line. Zach commented, “At the time my grandparents came, five thousand unskilled immigrants per day were being granted entry visas. Today, not even five thousand per year receive visas.

Drury stated that pastors are not supporting amnesty, which isn’t even included in current bills being discussed. He said they support common sense reform that includes actual border security, a new process for certifying workers and changing the level of amounts of immigrants that can legally come to the United States, among other changes. He said that the lack of strong, workable immigration policy is creating a permanent underclass in America.

Pastor Larry Wilson of Fishers also was making the trip to Washington. He stated, “We have two systems for immigration in our country. Those who come to captain our industries or teach in our universities are welcome. Those who come to do the equally needed and desired work of serving at our tables and tending our properties are treated without dignity, as underlings. This is unjust, and it harms people. For me, it is not about politics; it’s about holiness.”

Pastor Darryn L. Scheske, senior pastor of Heartland Church in Fishers, stated that we need immigration reform that 1) respects the God-given dignity of every person, 2) protects the unity of the immediate family (will not break families up), 3) guarantees secure national borders, 4) ensures the rule of law and fairness to taxpayers, 5) establishes a path toward legal status for those who qualify and who wish to become permanent residents. If our lawmakers can set aside differences to do this, he said, they will “make our nation proud.”