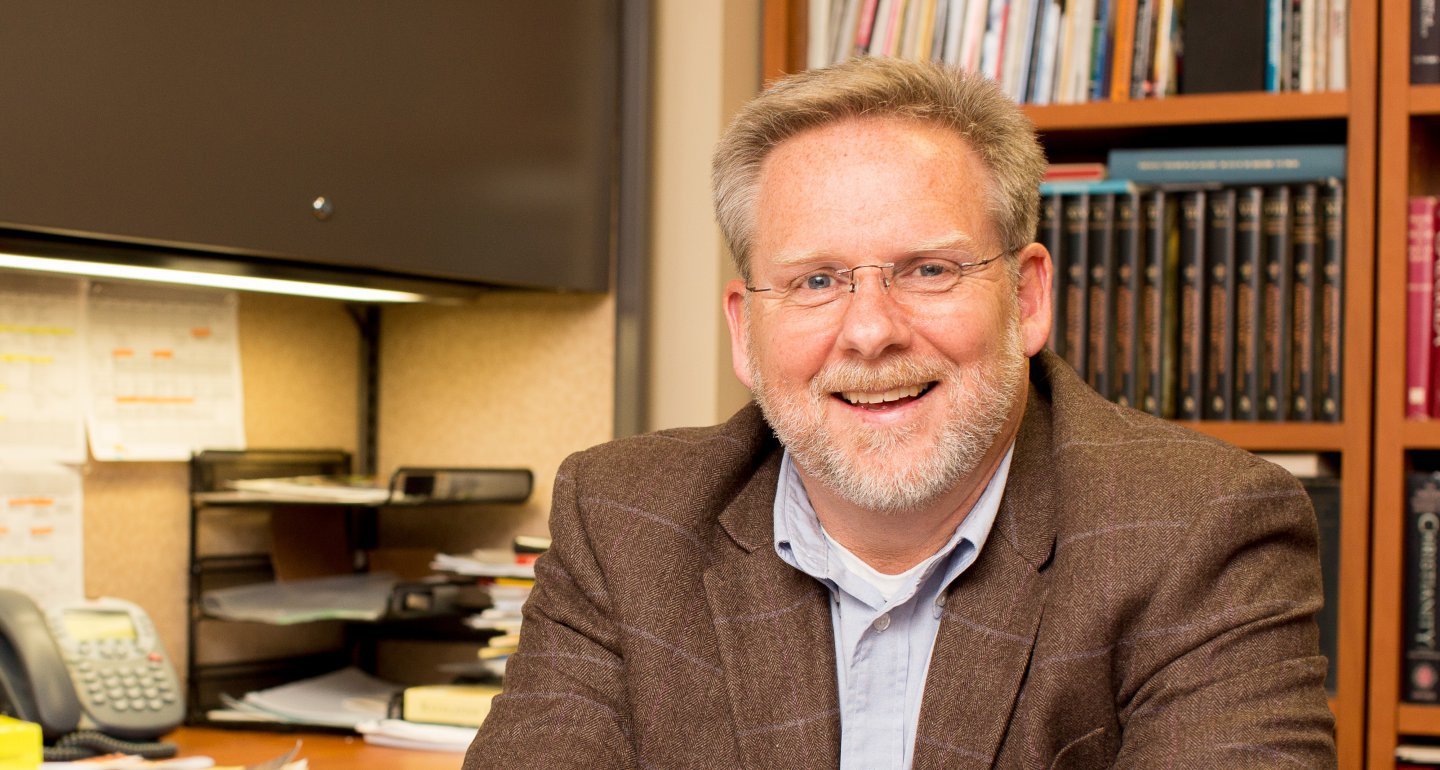 Pattengale holds many honors, including being named IWU's first University Professor in 2014.

Hoosier State Press Association (HSPA) recognized Indiana Wesleyan University Professor Jerry Pattengale, Ph.D., for his writing this week with a first-place award as part of its 2016 Better Newspaper Contest. The multi-state panel of journalists presented him first place in the “General Commentary” category for newspapers.

Pattengale’s award applauds a compelling article titled “Easter in the ER: Hoping to Rise Again,” which he wrote from a hospital bed moments before undergoing an emergency open-heart surgery. The article, originally published in the Marion Chronicle-Tribune, beat out numerous submissions from other Division 4 publications—daily newspapers with a circulation between 6,000 and 13,999.

“Jerry is a wonderful writer,” said David Penticuff, editor of the Chronicle-Tribune. “He is a first-rate academician who doesn’t let knowledge crush his prose. He is talented, funny, and writes for his friends the readers, rather than for himself.”

The annual Better Newspaper Contest by HSPA is the most prestigious statewide journalism contest and includes large metros as well as small weekly newspapers. It serves as a trade association for newspapers and fosters public understanding of the role of a free press in society. Judges for the contest are editors from newspapers based in other states.

“I’m still learning from much better writers, so this award is both deeply appreciated and unexpected,” said Pattengale. “From Michael Gerson, David Brooks, and George Will, to Flannery O’Connor, Chesterton, and Martin Luther King, Jr., I’m constantly pausing in admiration and adding to my journal.”

Pattengale graduated from Marion College in 1979 and returned to IWU as a faculty member and administrator in 1997. In 2014, he was named first University Professor, a title reserved to “honor exceptional individuals whose scholarship and service transcend traditional disciplinary boundaries and are celebrated in the global academy.” He is also a published author, executive director of education at Museum of the Bible, a senior fellow at the Sagamore Institute, an honorary senior research associate at Tyndale House, Cambridge, a distinguished fellow at Excelsia College, Australia, and a research scholar at Gordon-Conwell Theological Seminary.