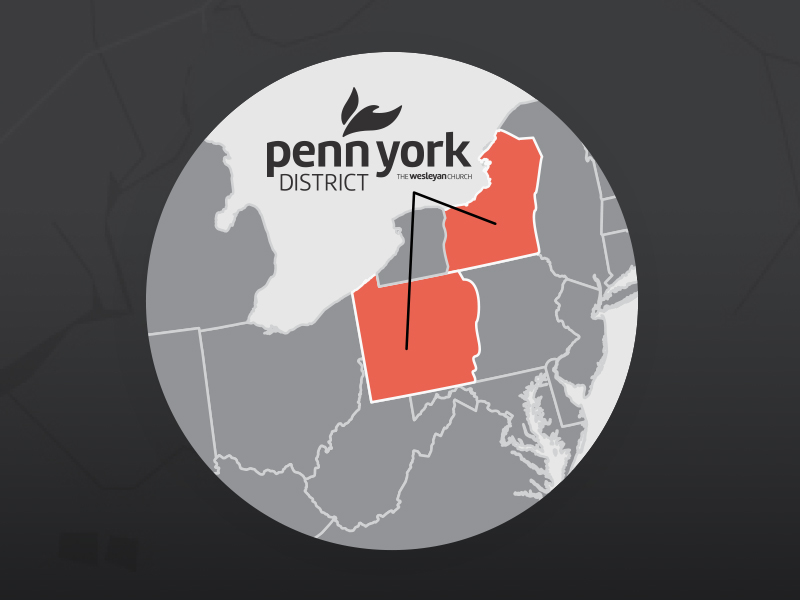 The new district includes 76 churches and a worship attendance of nearly 10,000.

In February, both districts voted individually in favor of a merger and submitted a resolution to the General Board of The Wesleyan Church in May 2019, requesting its approval. Upon a favorable vote by the General Board, a merging conference was held this past weekend to organize the newly formed district. This merging conference also included the election of a district superintendent and a district board of administration.

“We are excited to move beyond merger exploration and preparation to now implementation,” said Pickering. “At this historic moment, we acknowledge the faithful and fruitful ministry of both districts in regard to Christ’s command to, ‘go and make disciples.’ We also look to the future, as the new Penn York District, with excitement and resolve! In honor of our Lord and for the sake of the mission, we celebrate our merger and look forward to working together to reach the more than 3.9 million people in our region claiming no religious adherence.”

The newly-formed district includes 20 counties in central New York, the western half of Pennsylvania and all or part of five Pennsylvania northern-tier counties previously a part of the Central New York District. The new district will include 76 churches and a worship attendance of nearly 10,000.