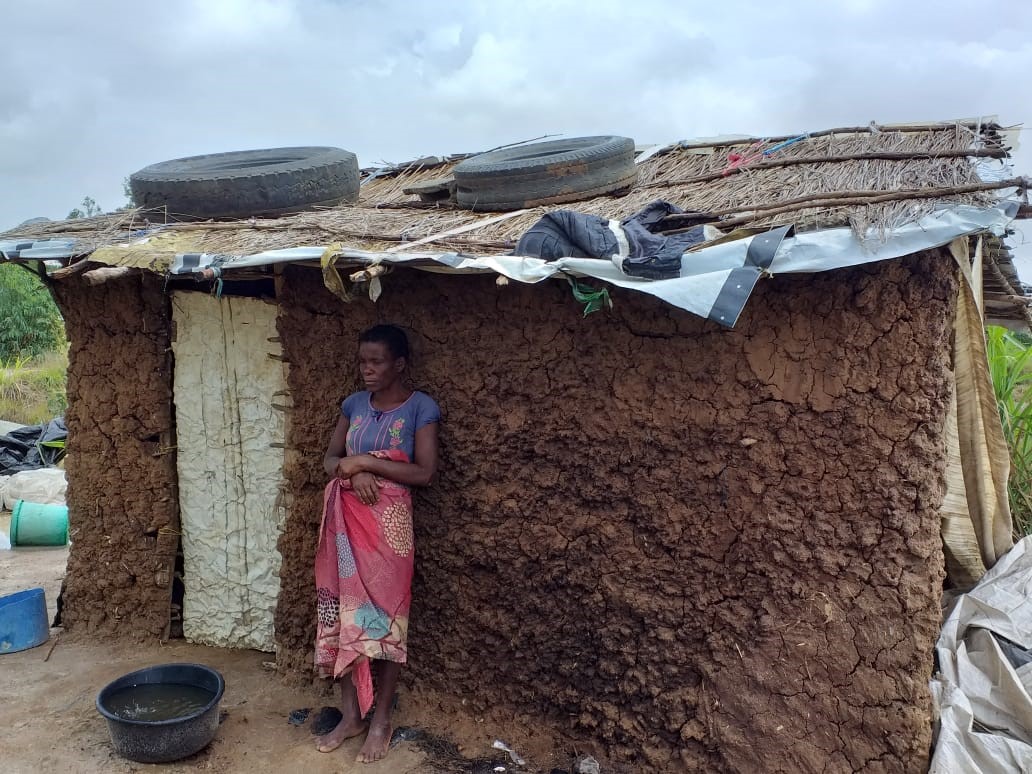 Wesleyans in Mozambique are still recovering months after Cyclones Idai and Kenneth hit the country in March and April 2019, respectively. A total of 20 churches and communities in Mozambique were affected by the cyclones. Beira and surrounding areas continue to rebuild as damage was extensive.

Berta (pictured) is a grandmother who joined the church in Beira.

“I had never accepted Christ as my Savior,” she said. “I have just depended on myself. I was abandoned by my son five years ago because my daughter-in-law had a miscarriage. When they went to the traditional healer, he told them I was a witch and had caused it. But I want grandchildren. Why did they do this? I don’t want anything to do with the demonic world. I am giving my life to Christ.”

Pastor Sande, who leads Inhamizua Posto, a church in Beira, reported some good news recently. A strong windstorm came through Beira. While a few buildings in the area collapsed, all new construction with stronger pillars withstood the wind.

Relief efforts from Africa, America and Australia have helped local tradesmen rebuild several houses and 17 churches, as have the donations from the Wesleyan Emergency Relief Fund. However, most of the pastors still have finishing touches on their churches’ reconstruction that are important to complete as the hurricane season has arrived (December to May), especially those who still have no roof.

Your prayers and support are valued and appreciated as Mozambiquens continue to work hard to rebuild their churches, post cyclones. One hundred percent of WERF donations are being used to help Mozambicans recover and rebuild after the disastrous cyclones. Wesleyans are asked to keep praying as relief and rebuilding efforts will be ongoing for some time.

“We are so grateful for those of you who are a part in donating and praying for those efforts,” said Karen Pickett, Global Partners missionary in Mozambique. “The Wesleyan Church has gained over 1,000 new participants in our churches across the area due to relief and evangelism efforts this year.”

To date, more than $109,000 has been raised for Mozambique through the Wesleyan Emergency Relief Fund.