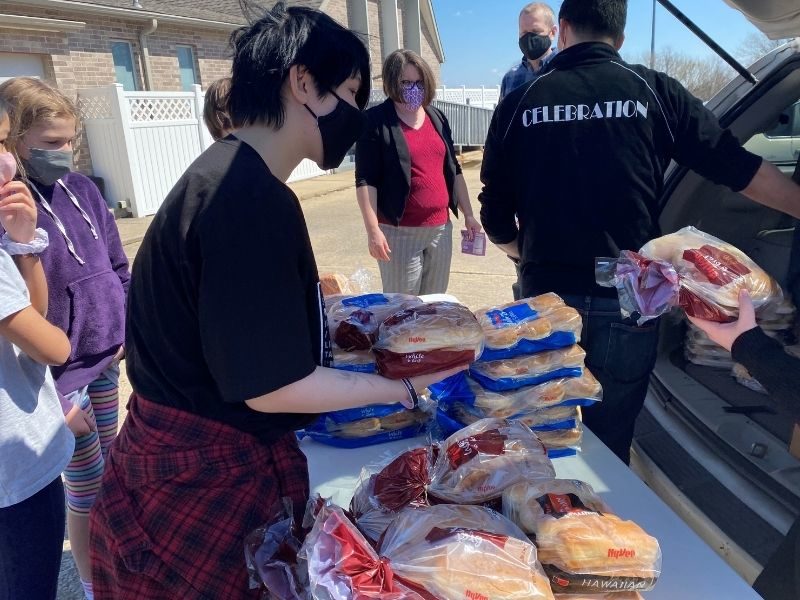 Food pantry volunteers wondered how they'd feed those in need with a recent shortage in donations. Then, God provided what they needed and more.

Cornerstone Wesleyan Church (CWC) in Kansas City, Missouri, has had a food pantry ministry for a little over a year. Rev. Sheralyn Smith (lead pastor) would regularly pick up food donated by a nearby restaurant and make it available for those who needed it.

When COVID-19 hit their area, they made the decision to suspend the ministry for a while. Tamiko Turner, Cornerstone youth pastor, picked up the ministry reins when another business called the church and offered to donate food.

Turner picked up food from one store, then two and then a third. With the increase in donations, Turner recognized that if the church had an ice cooler, they would be able distribute the food quicker and people wouldn’t have to wait as long. She had also assessed the existing freezer space and thought that if one more freezer was available, they would be able to accommodate the additional donations.

Turner posted on Facebook about the need for a cooler. Shortly after the request was posted, CWC received enough donations to not only cover the cost of the cooler but to also help buy a second freezer.

With the increase in donations, Turner decided to increase the number of available appointments for people to come and receive food.

Eight teenagers at CWC have been the primary ministry volunteers helping Turner distribute food. Everything was in place (donations, volunteers, cooler and freezer). But then in recent days, Turner discovered less donations would be received because the local business donors were changing their business models resulting in less food being donated. This knowledge was received after the team had increased the number of appointments for families to receive food.

As she and Smith organized food into freezers soon after receiving the unfortunate news, Turner suggested to her coworker that they needed to pray for a loaves and fishes miracle story so they would have enough food for all the families who had signed up.

On a recent Sunday, the ministry team was an hour into the food distribution when a van pulled up. A lady got out, opened her vehicle doors and proceeded to hand over a van load of bread. She asked if they would take and distribute the bread. As it turned out, the woman picks up bread from a local store every week. On this particular day, the generous woman asked if she could continue to bring bread. The answer was a resounding, “Yes!” She now drops off bread on a weekly basis.

God has literally sent the CWC food pantry loaves of bread to feed people. (Cornerstone has passed out as many as 557 meals in a one-week span.) The Tri-State District loves how they are impacting their community and giving their youth an opportunity to be a part of that blessing.

Rev. Belinda Selfridge serves as district administrator for the Tri-State District of The Wesleyan Church.