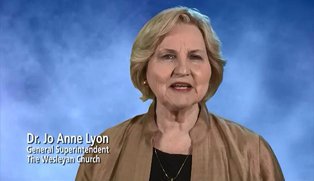 "As Christians we are called to be peacemakers, people who are willing to enter into the pain of others and face together all the related issues. Let us be the hands and feet of Jesus . . . "

In response to the decision, crowds flooded Ferguson streets, protesting the decision. Cars were vandalized, windows were broken, and buildings were set on fire. Police officers used tear gas in an attempt to disperse some of the gatherings.

Ed Stetzer noted in his blog for Christianity Today “For many, this is about an incident. Yet, for many African Americans, it’s about a system. It’s worth listening to why people are responding differently to the situation in Ferguson.”

Wesleyan Church General Superintendent Jo Anne Lyon shared “As Christians we are called to be peacemakers, people who are willing to enter into the pain of others and face together all the related issues. Let us be the hands and feet of Jesus to those in great need or great pain. We are called to express the love that God has for all people in very practical ways regardless of their status or opinions.

Let us who are in the Church be the Church in this season by expressing God’s love in real ways that may take us out of our normal comfort zone. Let us be willing to hear, and to care, and to act in God honoring ways, as peacemakers in a country that can find itself so polarized on issues of the day.”

We also know that as believers, God has reconciled each of us through Christ and has called us to be ministers of reconciliation (2 Cor. 5:18-20). Therefore, we ought to actively promote peace and reconciliation with God and one another as we anticipate that time when every nation, tribe, people and language will worship together before the throne of God (Rev 7:9).