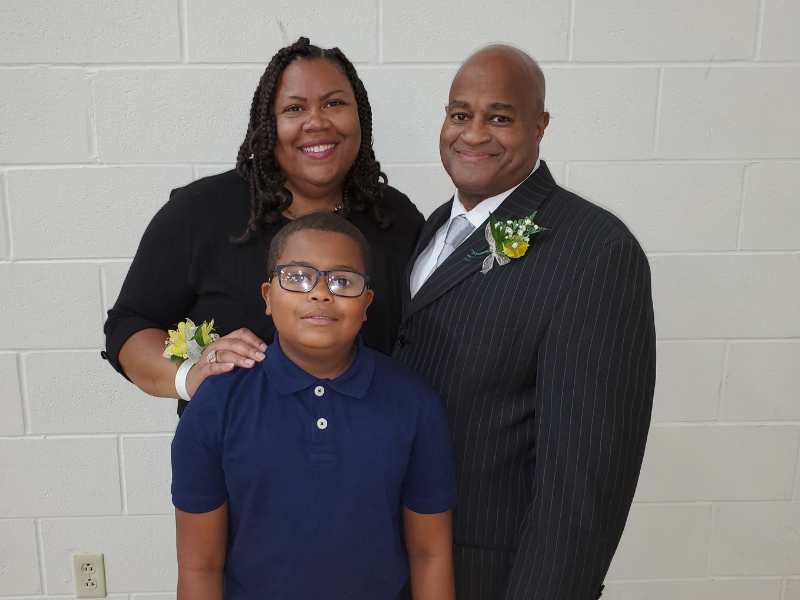 Adopting a kind of house church model (prior to COVID-19), the Thurmons found people growing exponentially in their spiritual lives.

On a vacation several years ago, Rev. Craig Thurmon was told this message from the pastor of the church he visited: “Man of God, continue to preach the Word of God; the Spirit of the sovereign Lord is certainly upon you. I sense that you and your wife will work together in ministry, and it’s time now to turn the page. Only when you turn the page, it’s going to be very important that you allow the Holy Spirit to write the words on the succeeding pages.”

Recalling those words from a pastor they providentially met, Thurmon, who now serves as pastor of The Encounter Assembly in Indianapolis, Indiana, and his wife, Tiffany, were “overwhelmed” with the declaration.

Thurmon was completing his Master’s in Divinity at the time and had been serving as a discipleship pastor, but he approached his wife, saying, “I think God is calling us to something completely different.”

He resigned from his position, and for five months, the Thurmons spent an hour every Sunday morning in their living room in prayer.

“We felt like we were in the wilderness,” Thurmon said. “We prayed, and we prayed. And then around the first quarter of 2017, people began to notice that Tiffany and Craig were not really active in ministry anywhere.”

When people discovered what the Thurmons had been doing, they showed up to join them for devotions in the Thurmons’ living room.

“I thought it was quite unusual at first,” Thurmon said. “And then I remembered the words of the pastor. He said I would have to allow the Lord to write the words on the pages.”

It was in these gatherings in their living room that The Encounter Assembly was born, and the church became officially active in 2018.

“When the pastor spoke over our life that summer, I was taken aback because it was unexpected,” Tiffany said. “It was a word of confirmation in my heart that we were in the midst of a transition, and it was time for us to shift. When he said it was time for us to turn the page, and God was going to write, it was not clear then what that meant. Clearly it was God who would be leading us from serving in a ministry to the wilderness where he birthed The Encounter Assembly.”

The Thurmons have maintained much of the relaxed atmosphere from their early meetings in their living room within The Encounter Assembly. The sermons are very interactive, allowing congregants to ask questions and for people to work together through Scripture they don’t understand.

“Being able to ask questions and hear other questions and obtain biblical feedback has been invaluable. This is what has assisted most in my own personal relational growth with Jesus Christ,” Tiffany said. “Being able to have the space and freedom to share in a safe place and feel supported and encouraged to share success and struggles that come in the Christian faith has encourage and strengthened me as a discipline and disciple maker for Jesus Christ.”

“We are not a very traditional gathering,” said Thurmon. “There is a high level of accountability at The Encounter Assembly; you cannot blend in with the paint on the wall.”

Adopting a kind of house church model (prior to COVID-19), the Thurmons found people growing exponentially in their spiritual lives. From time set aside on Sunday for questions and answers to reviewing Sunday’s text and topic on weekdays together, The Encounter Assembly allows Christians, both young and old in their faith, to grow.

“People are seeking after truth in God’s Word, which is something they have not done before. We have heard people state that hearing other people be transparent and share their stories has made the biggest impact on them because they realize they are not alone in many struggles they go through,” Tiffany said. “We believe that God encounters us through personal relationship and prayer. In return, he encounters others as we develop relationship with others through evangelism and discipleship. Our motto is ‘one encounter with Jesus can change your life.’”