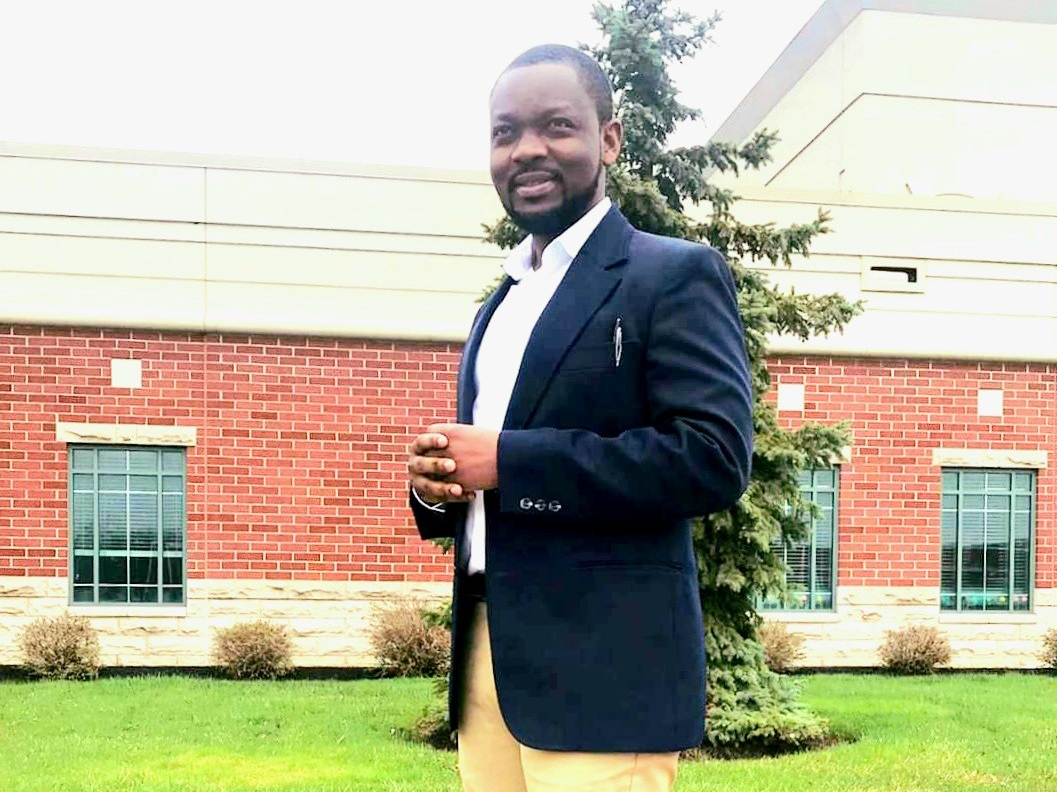 A refugee, then a student, then a community mental health worker, then a church planter.

Pastor Yoshua Bashizi’s journey has pressed him to serve in a variety of roles, and yet his calling has been the same: to build load-bearing communities that bring wholeness to those within them.

Pastor Yoshua’s journey toward ministry began in his early teen years, when he and his family fled the Democratic Republic of Congo (DROC). Having left the DROC for Uganda, Pastor Yoshua became involved with a local church and eventually served as a children’s pastor there. He later started an organization that helped orphans of parents who had died of AIDS.

In 2008, Pastor Yoshua was invited to come to the United States. Settling in Buffalo, New York, he took some time to acclimate to the culture, then enrolled in the University of Buffalo’s community mental health program. As he studied, immigrants began talking with him about their challenges in adjusting to life in the U.S.

“I was concerned, really, because of how the immigrants were treated as people,” said Pastor Yoshua. “You are a new person in a new country. The language is hard, the culture is different and, after three months, you’re left to deal with everything else. I thought, ‘these people need support,’ and God called me to start something in terms of social work, reaching out to people and helping them.”

That call prompted Pastor Yoshua to start Global Bridge Impact (GBI), a nonprofit dedicated to offering community help for refugees or immigrants acclimating to the United States. Helping others navigate their new experiences in the U.S. involves providing transportation when needed, offering connections and resources for navigating housing, government paperwork and other activities of daily living.

As his time with GBI went on, Pastor Yoshua noticed that many immigrants were looking for churches that would welcome them. After helping many find connections with local congregations, he felt God’s call again — this time, toward founding a new congregation in the Buffalo area.

Overcoming his misgivings, Pastor Yoshua began to share his concerns with mentors and friends, and they affirmed the need for a new congregation. They quickly jumped in, helping the new congregation — Mission of Christ Wesleyan Church (MCWC) — connect with resources in the community, praying for the leadership and helping them find spaces for meeting. Some pastors invited Pastor Yoshua to share in their churches, expanding his reach and network.

When the congregation launched in 2015, Pastor Yoshua was working full time at GBI, full time as a church planter and full-time at another job (night shift). The load was exhausting, but God gave him sustaining grace and encouragement from some of the early fruits of the church plant.

“People from different tribes — who would have been enemies back home [in DROC] — were coming together,” Pastor Yoshua said. “We were all together, worshipping, and I was like, ‘Is this true?’ They are hunting each other back home; you would not approach, eat with or talk to another person of that different tribe at home.”

That reconciliatory work has helped the congregation have conversations around both the pandemic and the racial reckoning of the last year. With the pandemic making in-person gathering impossible in Buffalo, the 100 people who regularly attended MCWC before the pandemic found ways to be involved in one another’s lives, praying regularly for one another and meeting virtually. The events of 2020 accelerated challenges for all Americans but especially for those who recently arrived and were attempting to learn U.S. culture.

“People forget the struggle. People who come here — they have pre-existing conditions of stress or trauma, and they arrive having been told America is heaven on earth. But then they face killing, segregation and [as refugees and members of the African community] in interaction with the authorities, we wonder, ‘what’s going to happen here?’” said Pastor Yoshua. “There’s animosity, and people not valuing the lives of others. It’s not a new thing; people have a spirit of resilience, but it is traumatizing. When you live in a community where you have a love for people — you are living their lives every day — and so you see your loved ones facing trauma, unemployment, lack of people reaching out. That hurts.”

In the face of these challenges, Pastor Yoshua is seeing the church step into difficult spaces.

“We’ve been praying for the church to work in a major way, stepping up in these times, reaching out and finding ways of social enrichment.” The Western New York District’s way of responding in times of prayer and the lives of the families and individuals within MCWC and GBI are all persistent encouragement to Pastor Yoshua.

“The church is responding in times of prayer … and I see also refugees providing support to one another and praying for one another,” said Pastor Yoshua.

To find out more about the space-making work of MCWC and GBI, click here. And for more about The Wesleyan Church’s heritage of work for justice, click here.